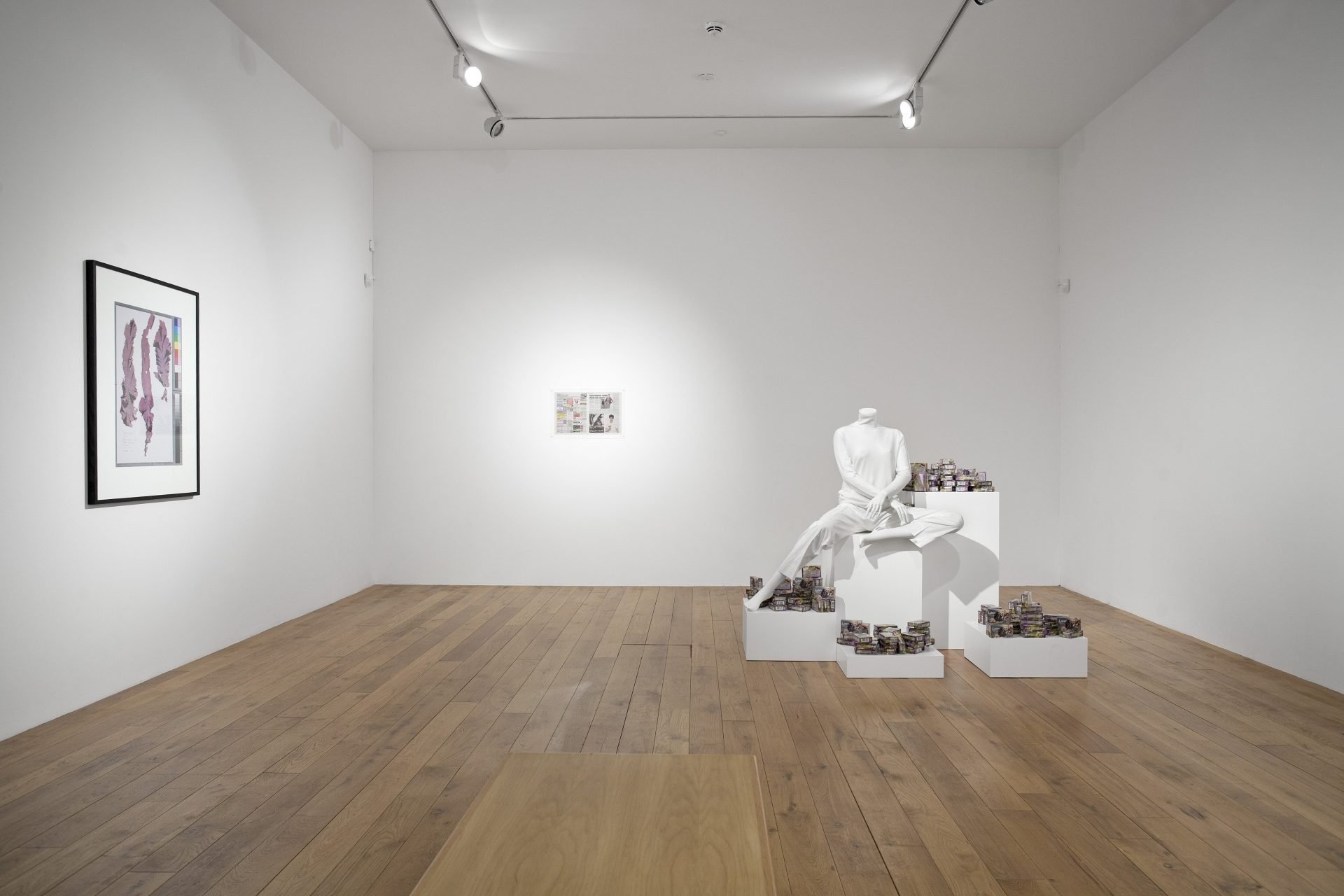 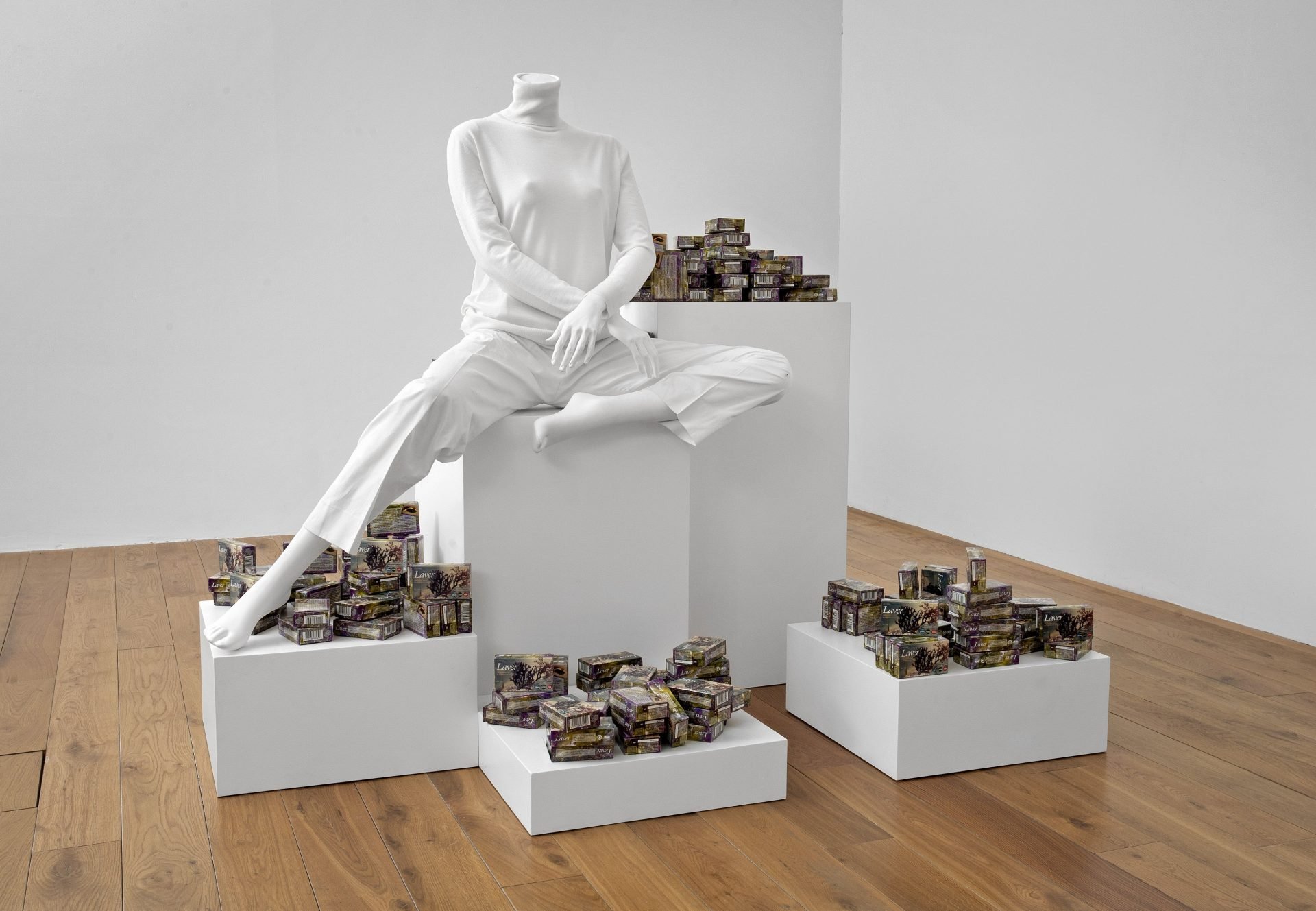 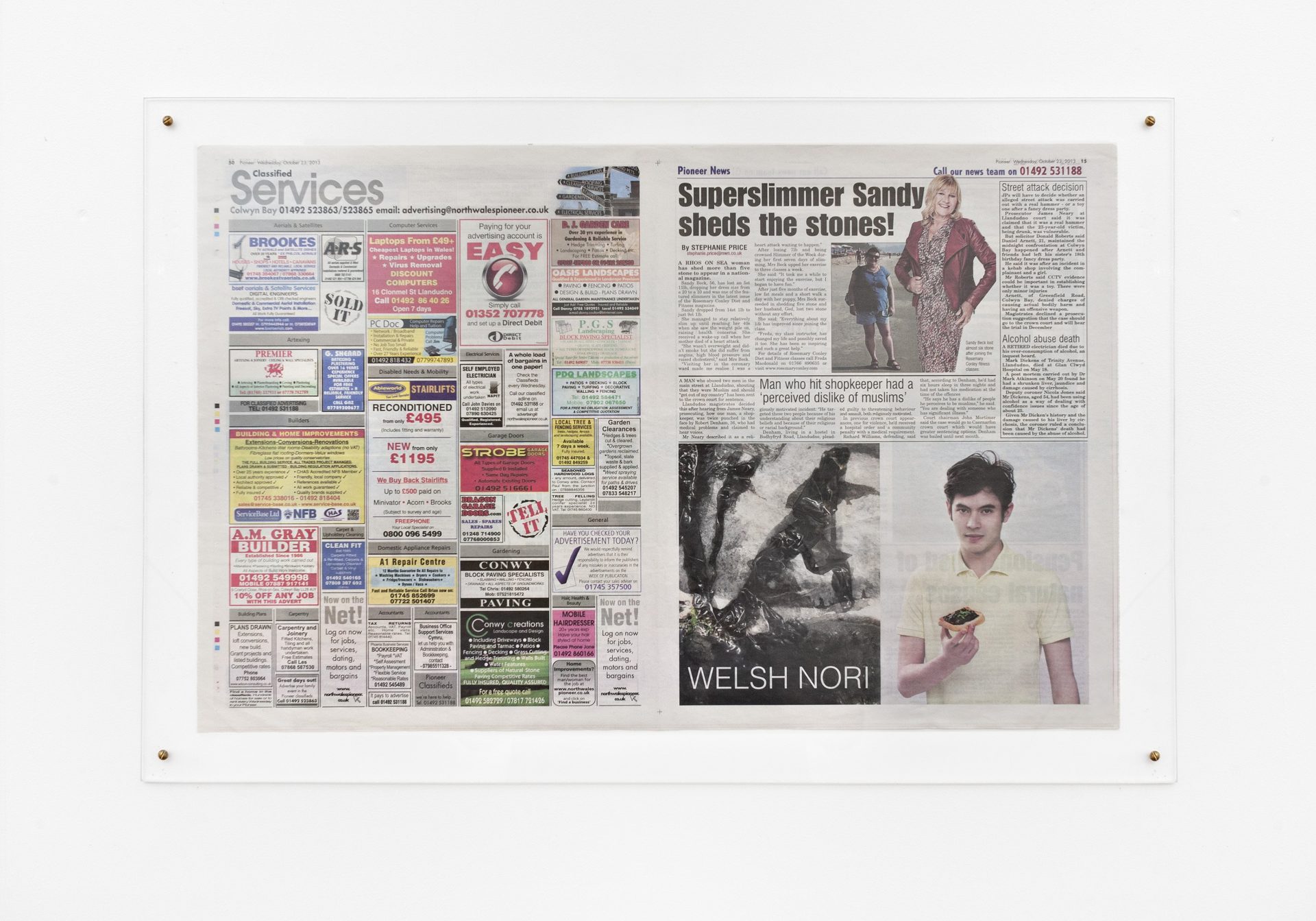 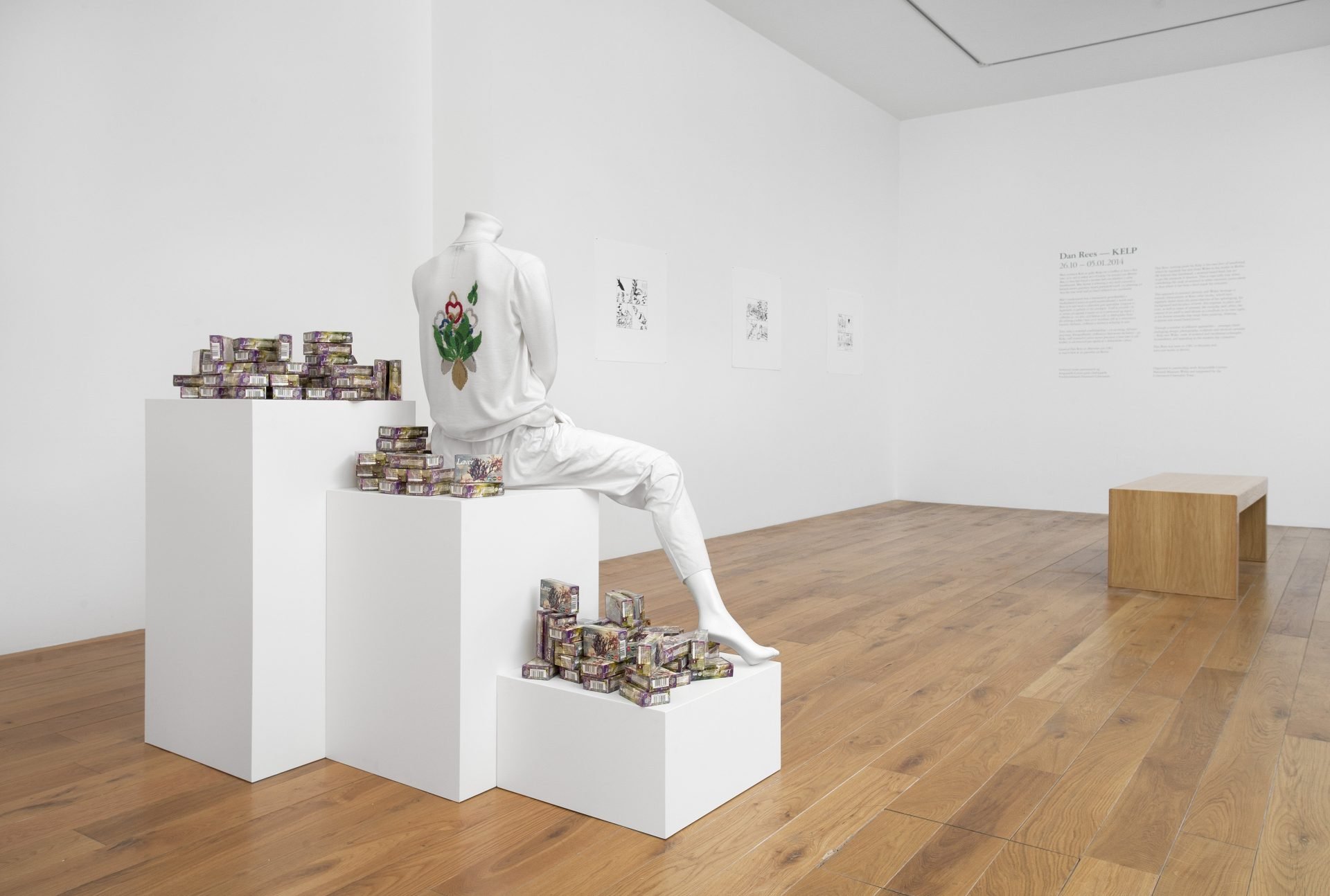 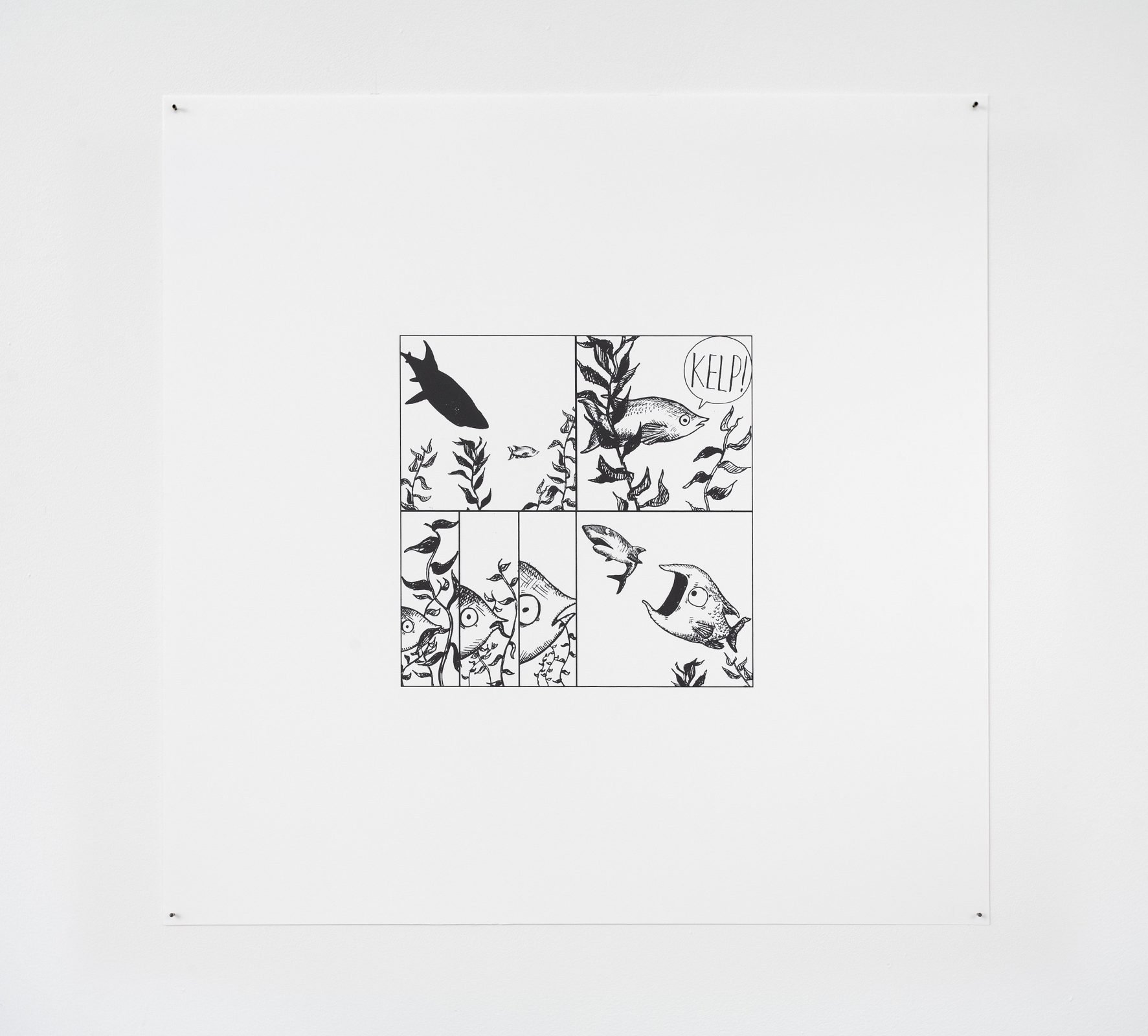 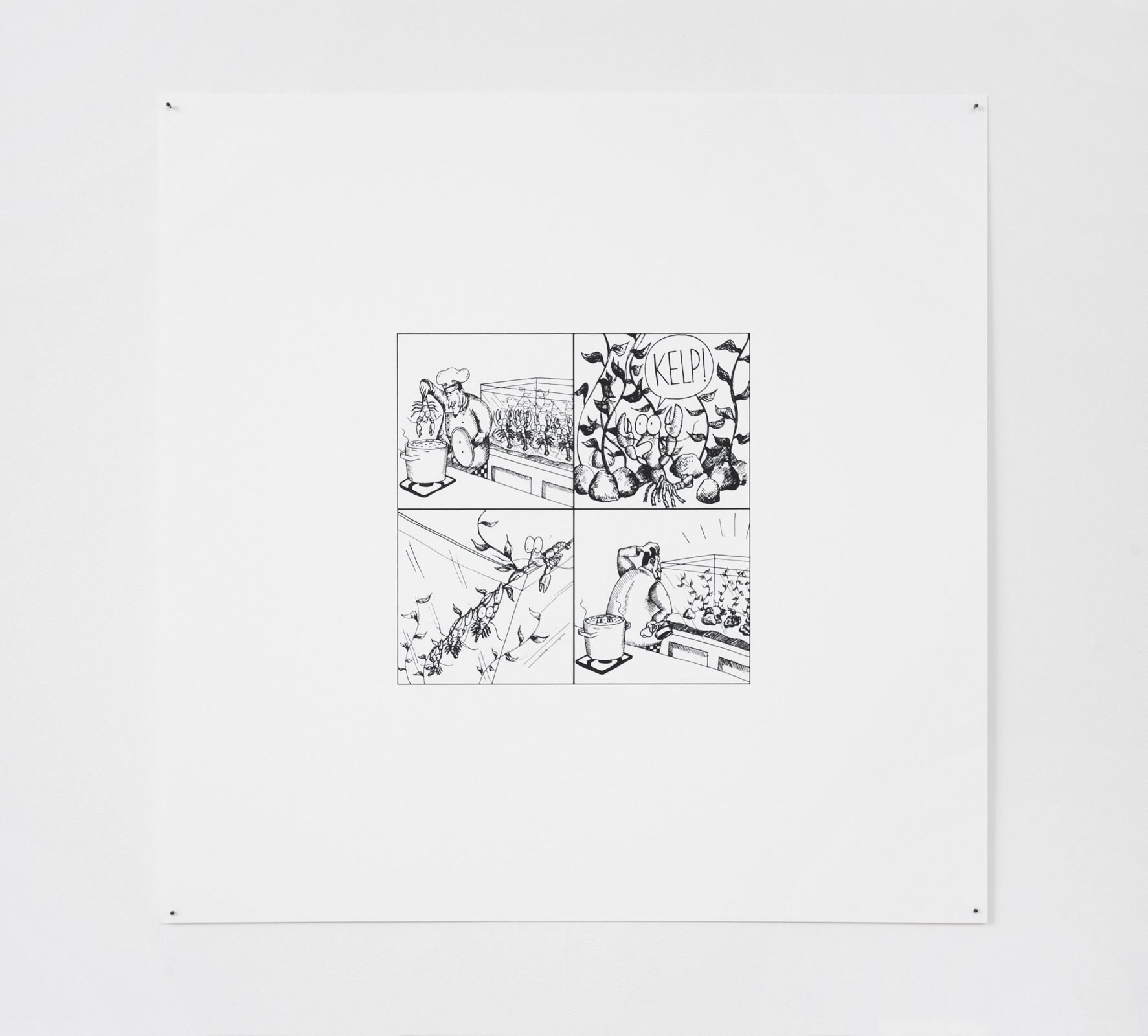 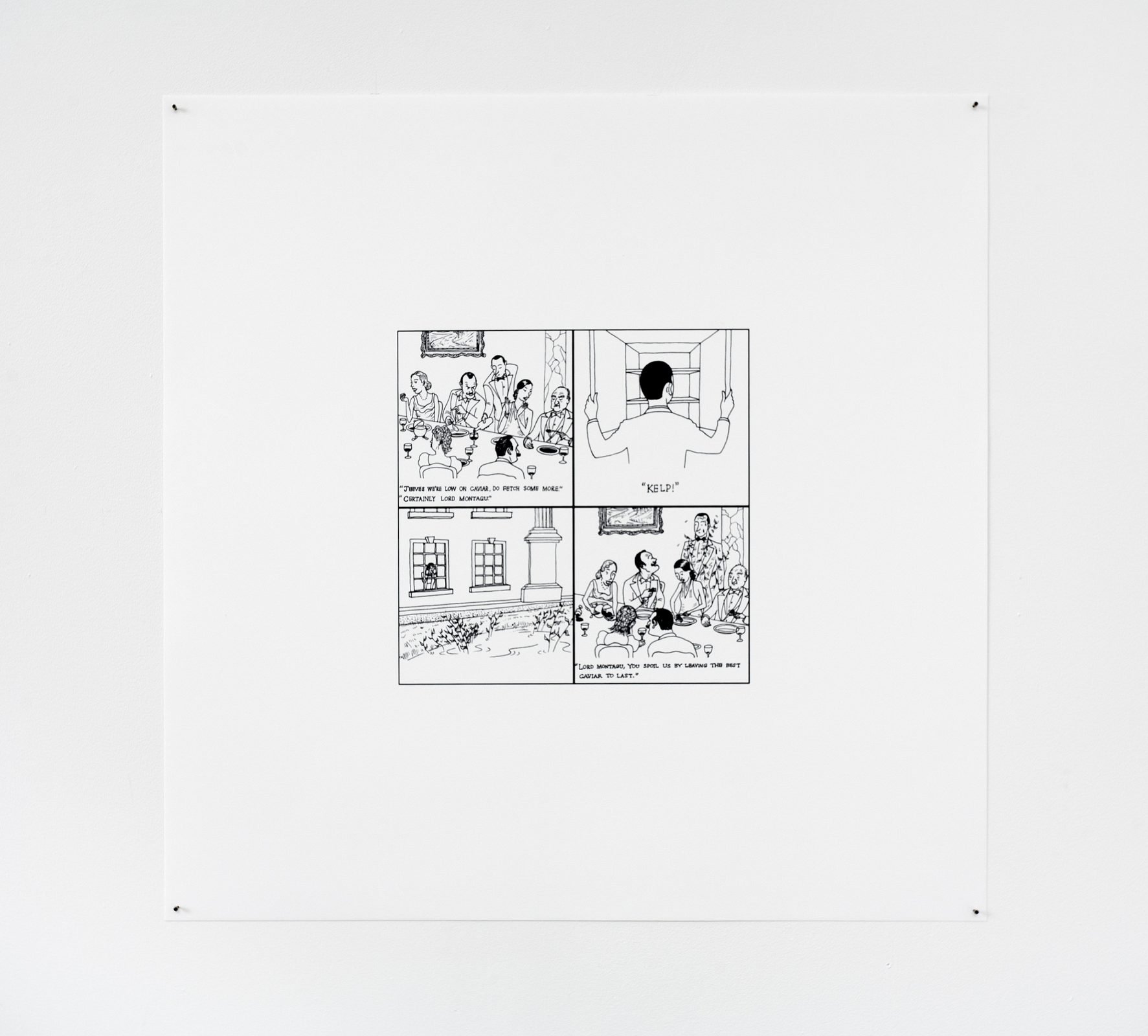 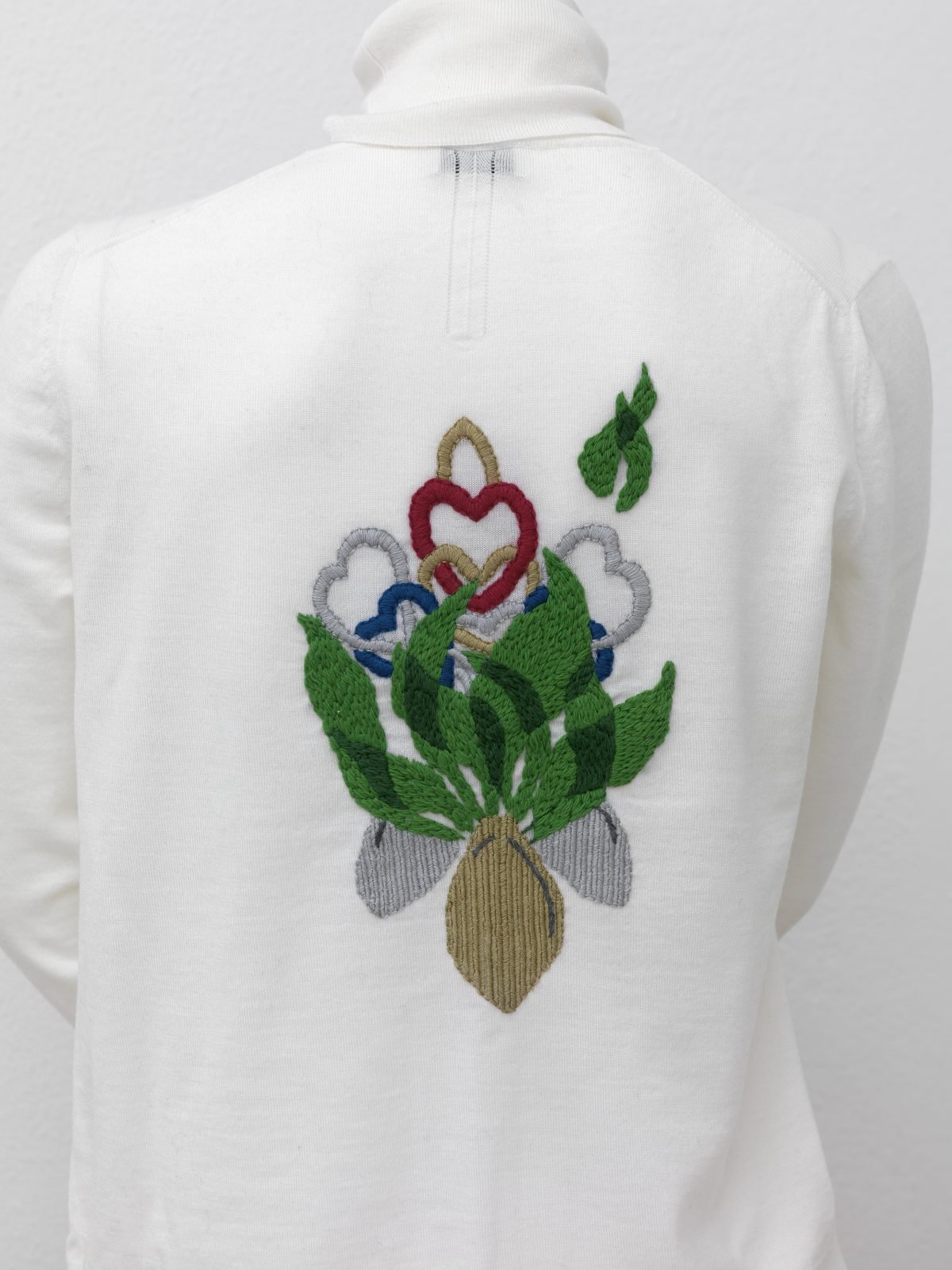 Rees’ starting point for Kelp is his own love of laverbread, which he regularly has sent from Wales to his studio in Berlin. He believes that laverbread, a seaweed based food, has yet to get the attention it deserves. This is especially true when considering the trade of seaweed in other countries, particularly in Asia where it has been a food staple for centuries.
This approach to national identity and Wales’ heritage is entirely characteristic of Rees’ other works, which have regularly drawn from the particularities of his upbringing, his background and his place of birth. His response to place and time, as well as issues of memory, the everyday and, often, the context of art itself is used almost as a medium in its own right, in his diverse artworks that range from painting, drawing, sculpture and sound based pieces.
Through a number of different approaches – amongst them packaging design, photography, sculpture and satirical cartoons– Kelp sees Wales’ trade of seaweed and laverbread rethought, reconsidered, and appealing to the modern day consumer.

Quote from the artist, Dan Rees

“I am interested in looking at the preconceptions about the identity of Wales and the idea that being Celtic is somehow traditional. The same product (seaweed) is marketed and sold in Japan and is seen as almost futuristic.”