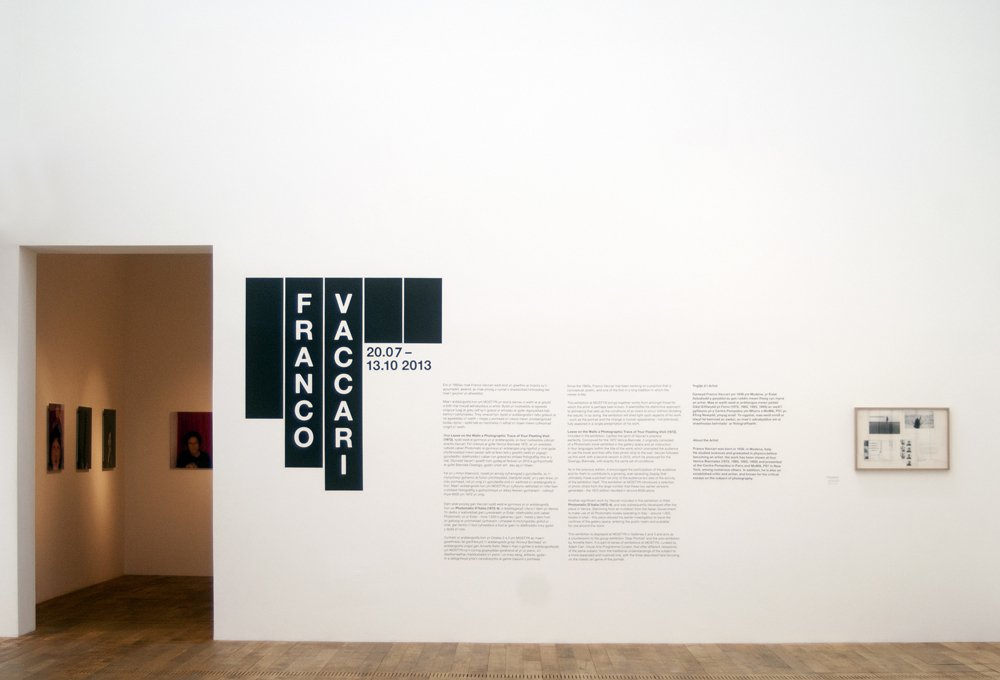 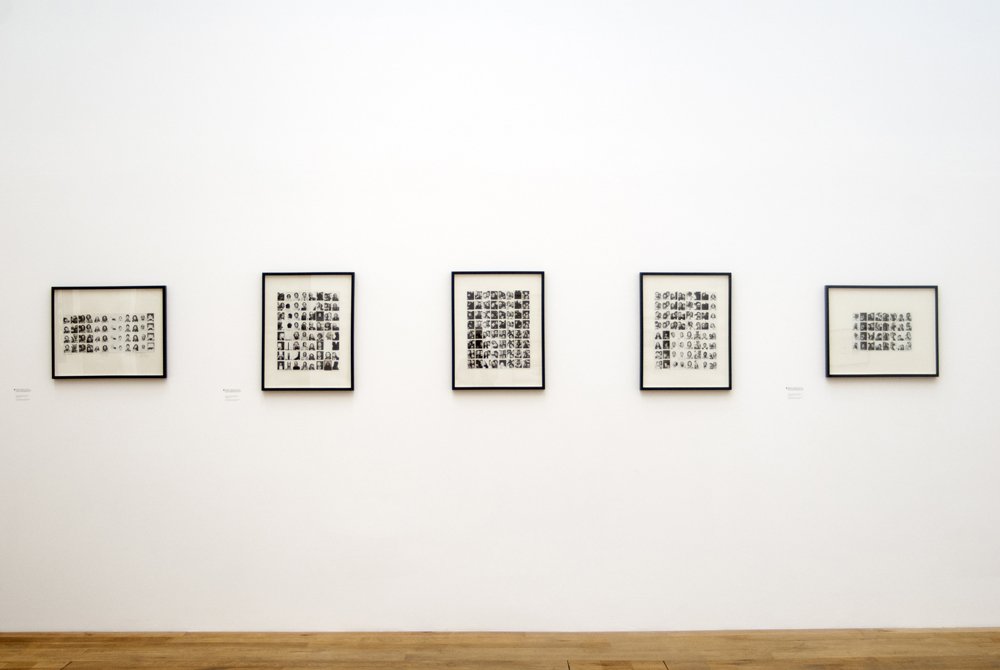 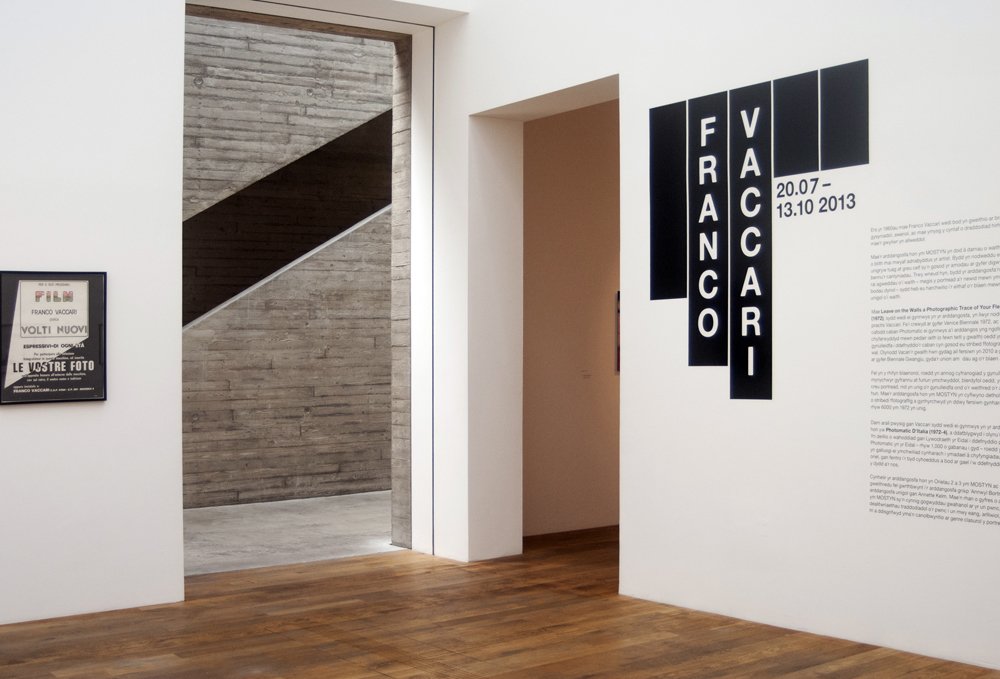 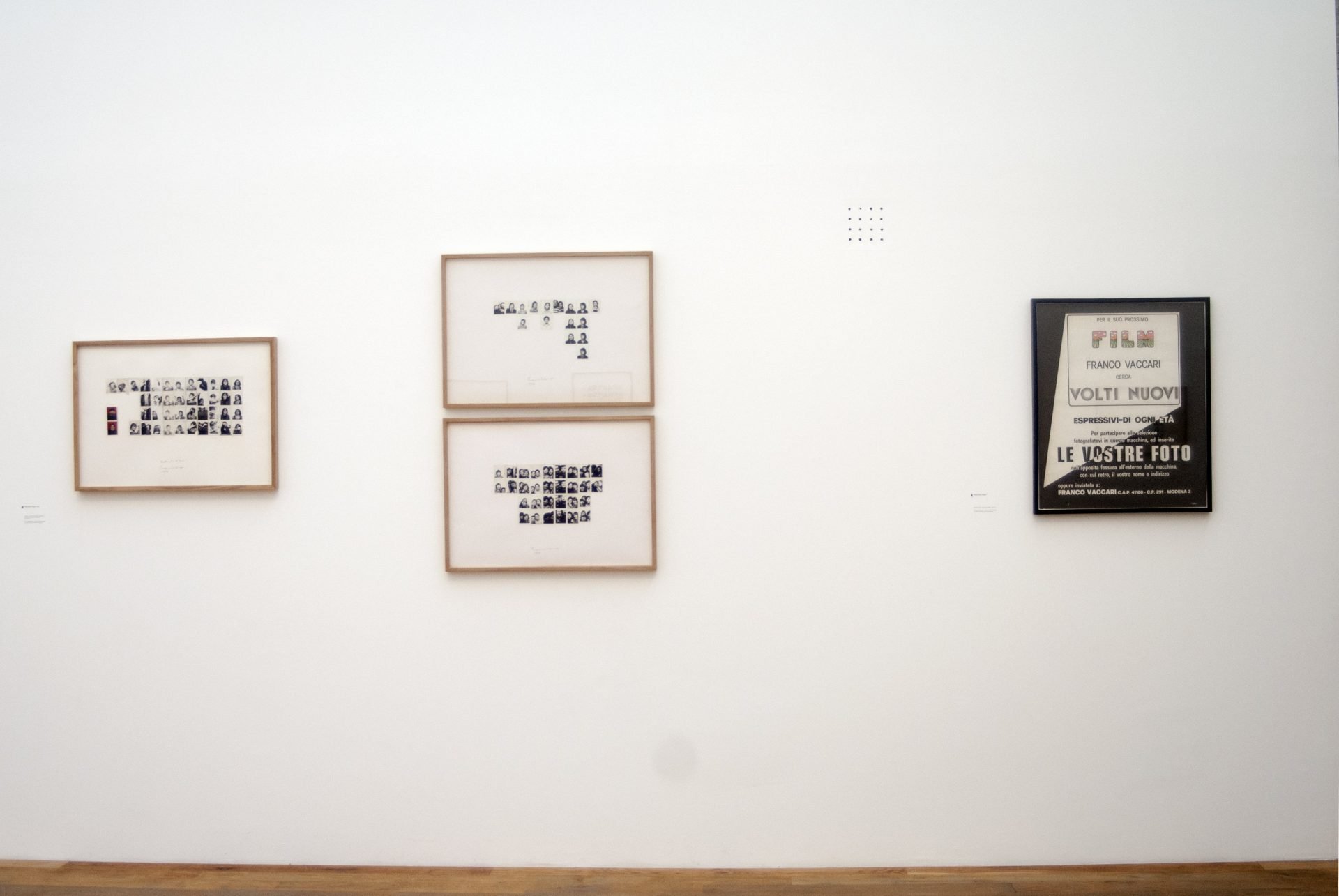 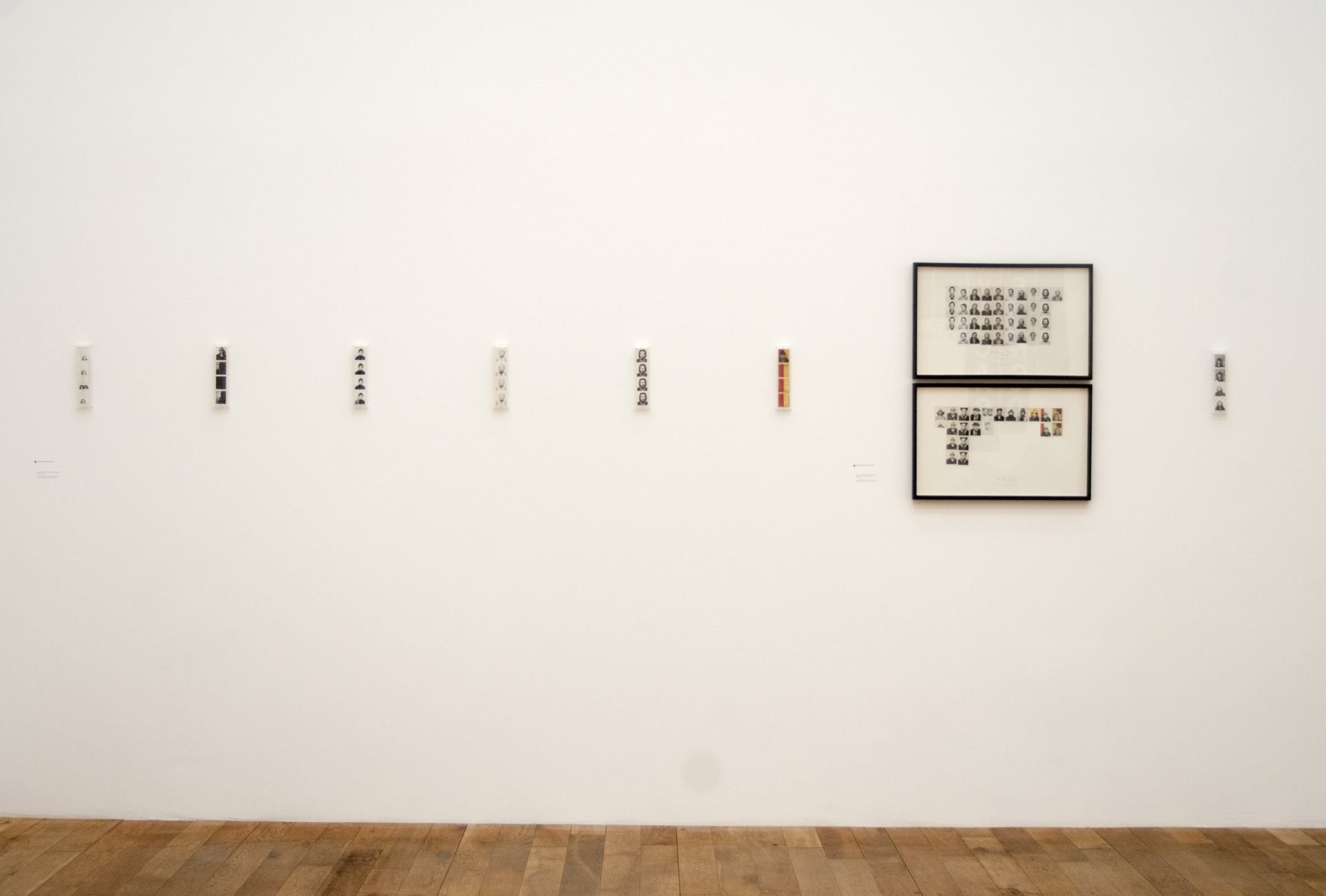 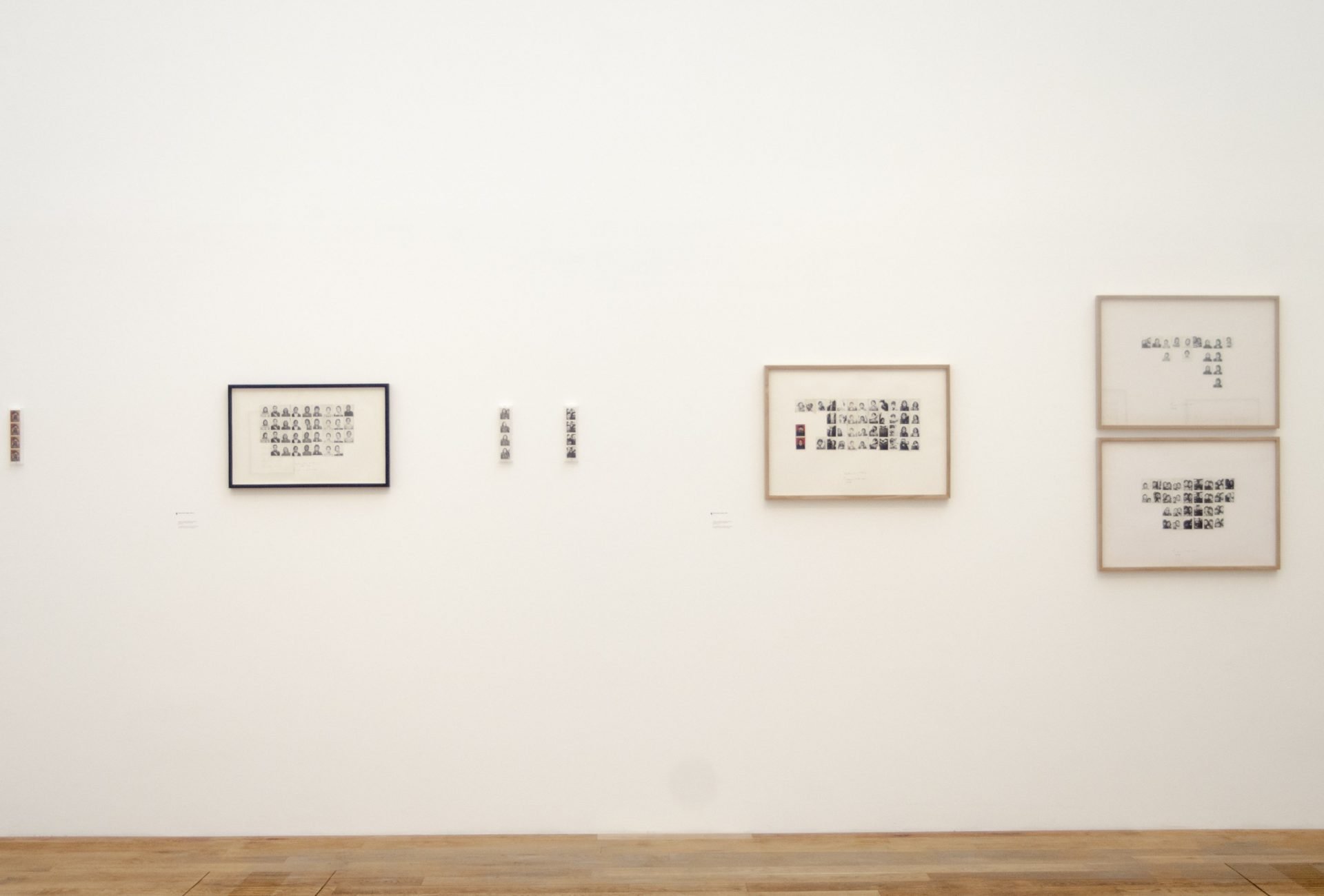 MOSTYN | Wales is delighted to present a solo exhibition of the work of Italian artist Franco Vaccari.

Since the 1960s, Franco Vaccari has been working on a practice that is conceptual, poetic, and one of the first in a long tradition in which the viewer is key.

This exhibition at MOSTYN brings together works from amongst those for which the artist is perhaps best known. It will exemplify his distinctive approach to artmaking that sets up the conditions of an event to occur without dictating the results. In so doing, the exhibition will shed light upon aspects of his work - such as the portrait and the change in human appearance - not previously fully explored in a single presentation of his work.

Leave on the Walls a Photographic Trace of Your Fleeting Visit (1972), included in the exhibition, typifies the spirit of Vaccari’s practice perfectly. Conceived for the 1972 Venice Biennale, it originally consisted of a Photomatic kiosk exhibited in the gallery space and an instruction in four languages (within the title of the work) which prompted the audience to use the kiosk and then affix their photo-strip to the wall. Vaccari followed up this work with a second version in 2010, which he produced for the Gwangju Biennale, with exactly the same set of conditions. As in the previous edition, it encouraged the participation of the audience and for them to contribute to a growing, ever sprawling display that ultimately made a portrait not only of the audience but also of the activity of the exhibition itself. This exhibition at MOSTYN introduces a selection of photo-strips from the large number that these two earlier versions generated - the 1972 edition resulted in around 6000 alone.

Another significant work by Vaccari included in this exhibition is titled Photomatic D’Italia (1972-4), and was subsequently developed after the piece in Venice. Stemming from an invitation from the Italian Government to make use of all Photomatic kiosks operating in Italy – around 1,000 kiosks in total – this piece allowed his earlier investigation to leave the confines of the gallery space, entering the public realm and available for use around the clock.

This exhibition is displayed at MOSTYN in Galleries 2 and 3 and acts as a counterpoint to the group exhibition ‘Dear Portrait’ and the solo exhibition by Annette Kelm. It is part of series of exhibitions at MOSTYN, curated by Visual Arts Programme Curator Adam Carr, that offer different viewpoints of the same subject, from the traditional understandings of the subject to a more expanded and nuanced one, with the three described here focusing on the the classic art genre of the portrait.

About the Artist
Franco Vaccari was born in 1936, in Modena, Italy. He studied sciences and graduated in physics before becoming an artist. His work has been shown at four Venice Biennales (1972, 1980, 1993, 1995) and presented at the Centre Pompidou in Paris and MoMA, PS1 in New York, among numerous others. In addition, he is also an established critic and writer, and known for his critical essays on the subject of photography.