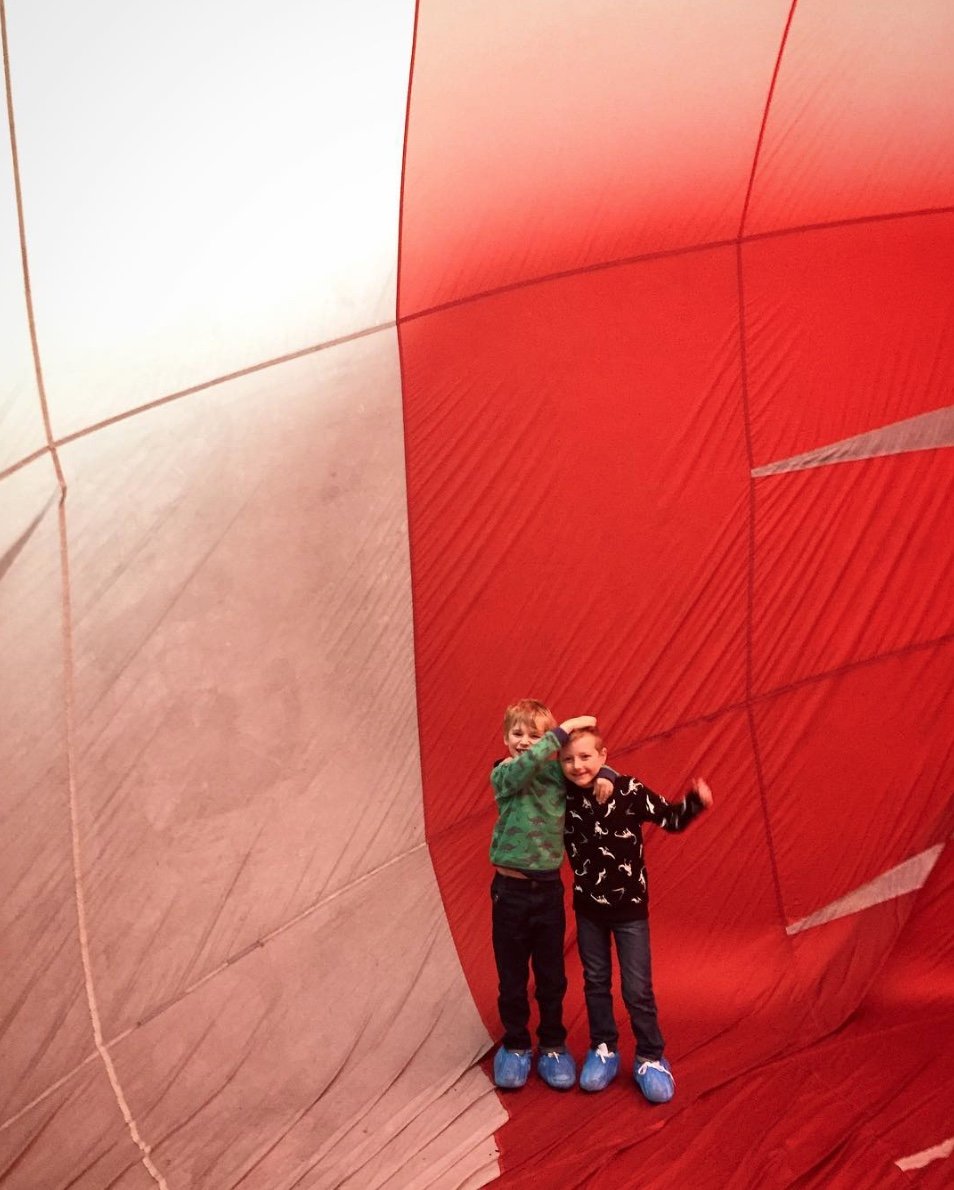 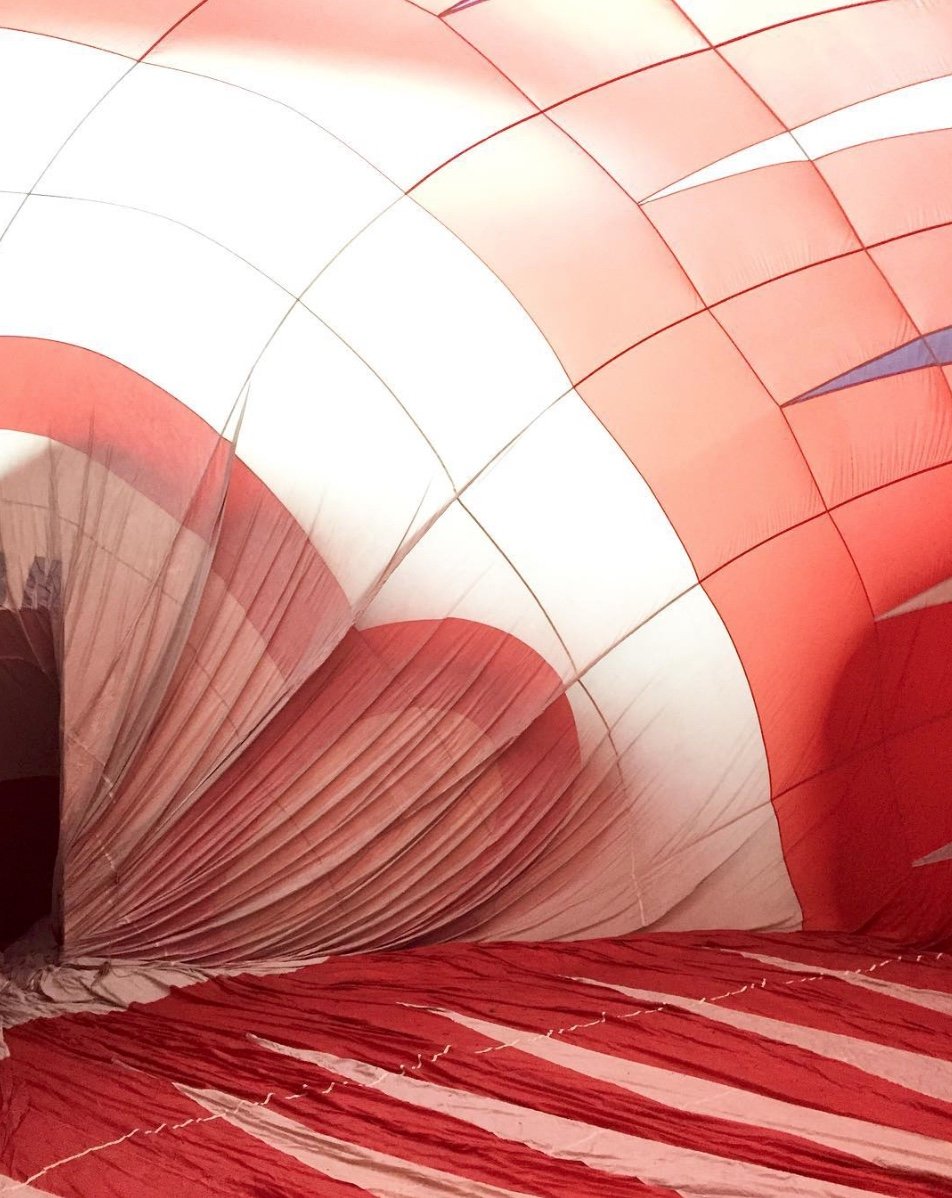 Belgian artist Kris Martin’s exhibition brings a full-scale hot air balloon to MOSTYN’s gallery spaces, a work titled T.Y.F.F.S.H. (2011). This exhibition takes place in the framework of LLAWN, a free multi-arts festival that takes over Llandudno for one weekend each September. For its fourth edition, the point of inspiration is the Welsh Government’s ‘Year of Adventure’, to which the selection of the piece by Martin responds.

Martin’s practice places the groundwork of our existence into question, pointing to its fragility and with that our own mortality, often through using deceptively subtle and simple gestures. A departure and arrivals board is left blank, leaving only the sound and movement of its workings detectable – where destinations never arrive (Mandi III, 2003). A series of works (End Points, 2004) lift the endpoints of iconic novels, removing the final full stop from their original source and placing them on paper, framing them in isolation. Another piece grants afterlife, offering its potential owner a form of life after death (Life After Death, 2006). Others occupy a precarious, unstable, even finite position unto themselves. A bronze sphere brings with it the promise to explode a 100 years from its making (100 Years, 2004), and a large Chinese porcelain vase diminishes over time as it is broken and reassembled each time it is installed (Vase, 2005).

Although the work on display here, T.Y.F.F.S.H, is monumental in scale, Martin’s ability to communicate meaning so poignantly throughout his work is as effective here as it is on the scale of the small and the minute. As a full-sized hot air balloon, T.Y.F.F.S.H is certainly spectacular, yet it does not fully embrace spectacle. Its gesture of displacement is modest and earnest, and its wit, subtlety and sense of romanticism stand apart from being the fuel for mere entertainment. As another layer of interpretation, the piece traces the existing parameters of the gallery space, and can be entered by the public, offering an altered reading of the gallery’s architectural quality, as well as its status and use as a place for presentation and engagement. It is also a rare autobiographical work by the artist in the way that it deals with his upbringing. The countryside of Flanders is a region for hot air ballooning and this was a regular landscape sighting for the artist during his earlier years, giving further context and purpose for the presentation of the work at MOSTYN | Wales and its placement in LLAWN.
With special thanks to Filiep & Mimi Libeert Collection, Belgium.