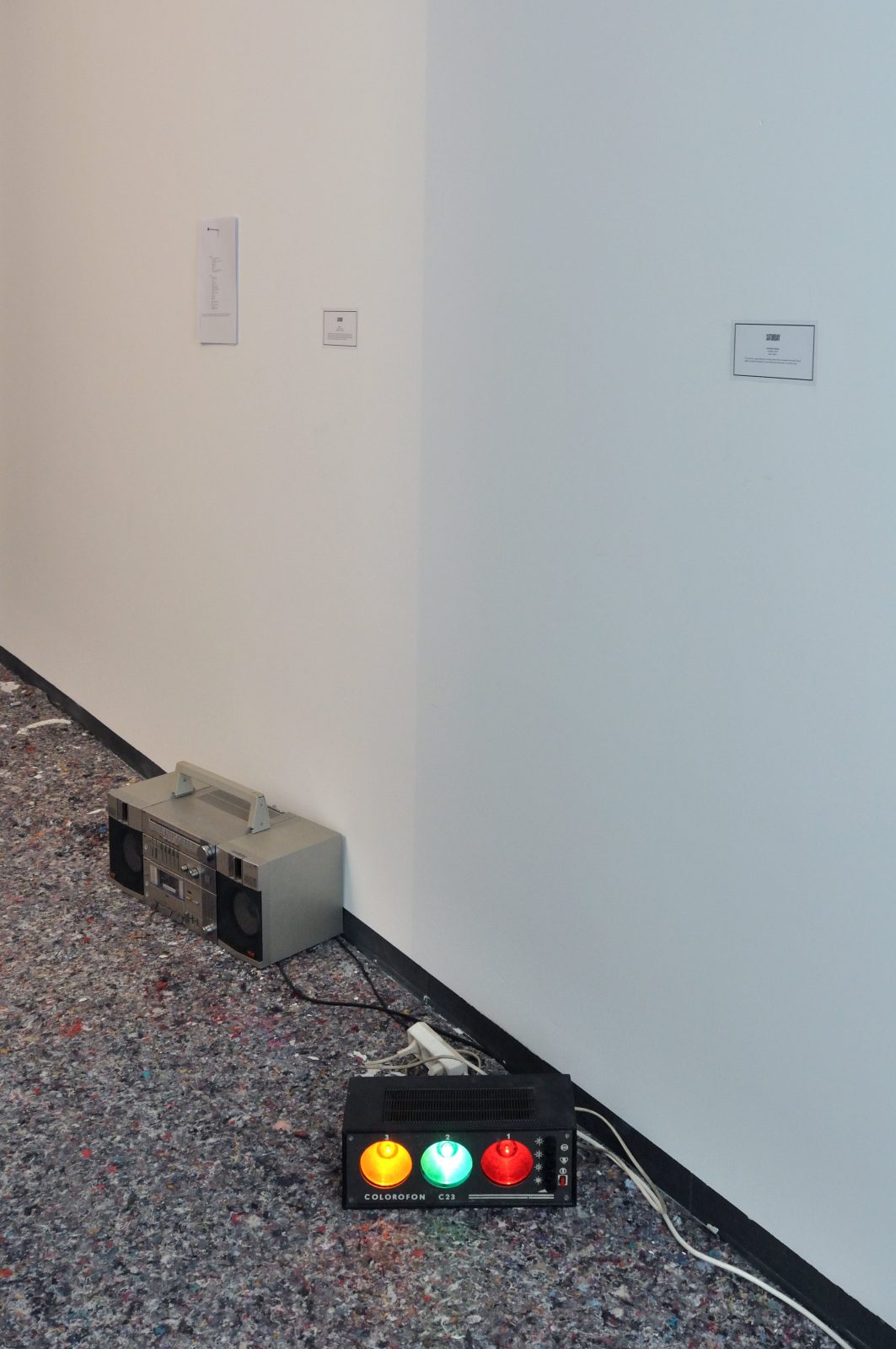 Opening and closing on the same day, SATURDAY is an exhibition that will exist for a total of seven hours, taking place in the newly launched Berlin art event Sunday. The exhibition and art event will be open to the public from 12 until 7pm on Sunday, 2nd May. The artworks included in SATURDAY will be exhibited throughout Sunday in various places of the building.

For SATURDAY a number of artists have been invited to engage with the format of the Sunday and its site, conceiving artworks that respond to aspects of time and duration, visibility and display. While the participating artists have been asked to produce works that resonate with the defining factors of the Sunday, the invitation proposed an unconventional move in that it requested that the works are to be seen exclusively within Sunday, within the art event’s time span, and not exhibited elsewhere or in the same manner in the future. Through this purpose and the circumscribed nature of the exhibition – the venue, the limited time frame and the character of the art event – SATURDAY plays on the prevalent condition that artworks displayed in Art Fairs or like-minded events are, through acquisition, often not seen again. More widely, it intends to enlarge on a discussion regarding the presentation, perception and experience of art, particularly in relationship to its physical existence, asking how much is the moment of direct confrontation with an artwork part of its reading and understanding? And connectedly, to what extent does the period that follows, the afterglow, as well as any subsequent mediation and discussion, change the meaning and interpretation of artworks, and constitute part of their existence?

By focusing on the changing dimension of art after it is viewed in addition to the direct encounter, as amplified through the urgency of the included works with their pending expiration, SATURDAY also hopes to transpose a growing attitude of quick and partial viewing. Resulting, as it does, in an undeveloped and immature ability to assess and judge sufficiently, as well as a fundamental loss in the qualities of experience, both in and outside of the visual arts – though especially synonymous with and of particular relevance here, the context of art fairs or events – SATURDAY instead demands close attention, and suspends our perception and consideration.

About the curator:
Adam Carr is a writer and curator based in London. He is currently a guest curator for Castello di Rivoli, Museo d'Arte Contemporanea, Turin,

About Sunday:
SUNDAY is a one day contemporary art event which will gather some of the most noticeable young galleries from Berlin and other parts of Europe under one roof. The idea is to create an easygoing and accessible temporary platform where galleries can set up their exhibitions in the most unconstrained ways. SUNDAY is a follow up to a similar project '7x2' which also took place during the Berlin gallery weekend last year and attracted an estimated audience of 3000 people.

SUNDAY will occupy a brand new building on Rosa Luxemburg Platz designed by BundschuhBaumhauer architects. The participating galleries will share three spacious floors of the building without any partitioning walls or individual booths - ensuring an open atmosphere for the visitors.