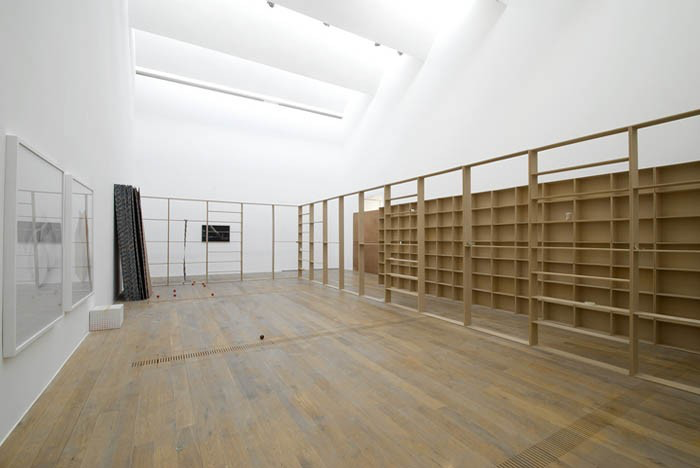 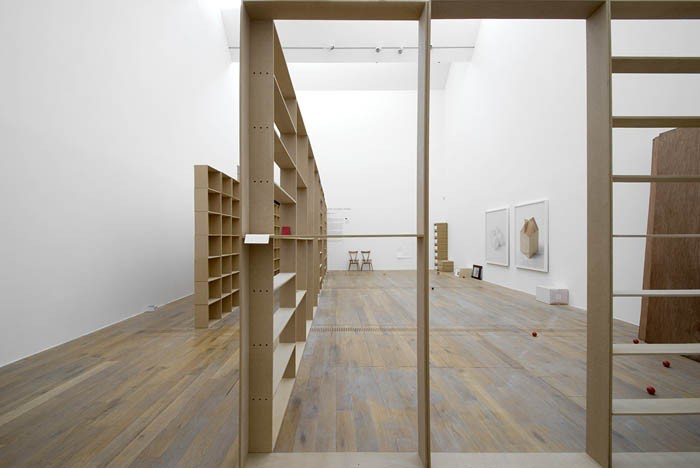 MOSTYN | WALES is delighted to announce a solo exhibition by Welsh born and based artist Sean Edwards.

Sean Edwards’ work examines the sculptural potential of the everyday. While it responds to his engagement with the world at large, many of his pieces make use of remnants of previous activities as starting point, and reflect time spent in the context of his studio.

His found or made objects, as well as his drawings, photographs and clippings, can appear unfinished or at a point in transition before reaching another state. This approach by Edwards, which characterises his practice, reflects his desire to undermine the museum, institution and gallery as places solely for fully realised artworks. He is not only interested in the connection between each element and the meaning created when the elements are presented in configuration, but also in the way in which these elements are read by the audience. At the center of this exhibition for example, a bookcase structure acts as both a display device for his objects and a way to choreograph the audience’s movement within the gallery space. This forces a connection and a slippage to occur between his work, the context of its display and the viewer.

Drawn in Cursive is an exhibition that has three ‘stations’: Chapter in Cardiff, Netwerk in Aalst, Belgium and finally here at MOSTYN. This exhibition at MOSTYN follows the direction of the previous two venues in which Edwards explores his expanding archive of pieces and places it in dialogue with each new context. The exhibition features pieces shown in the previous two exhibitions as well as new work produced in response to MOSTYN’s gallery spaces and their history.