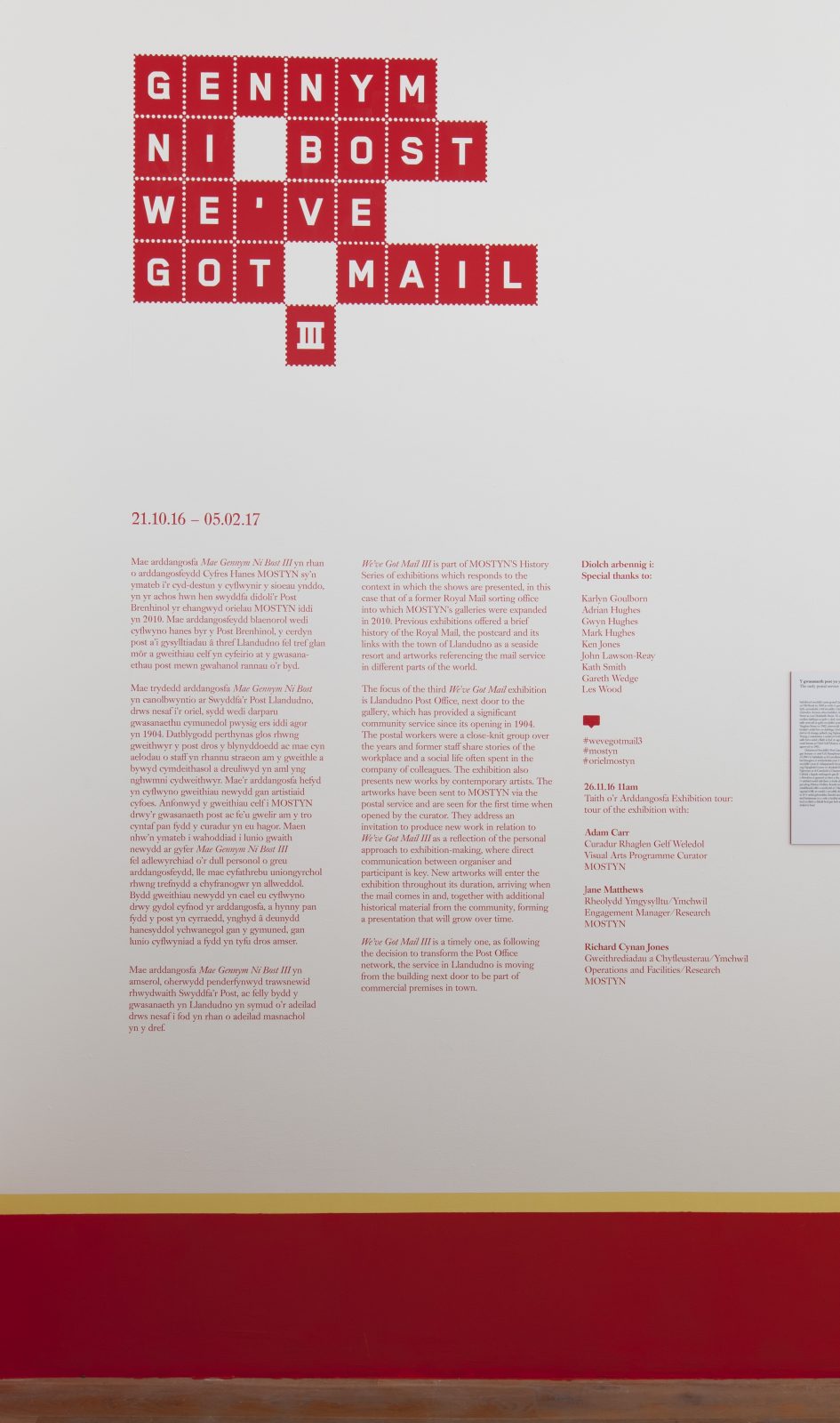 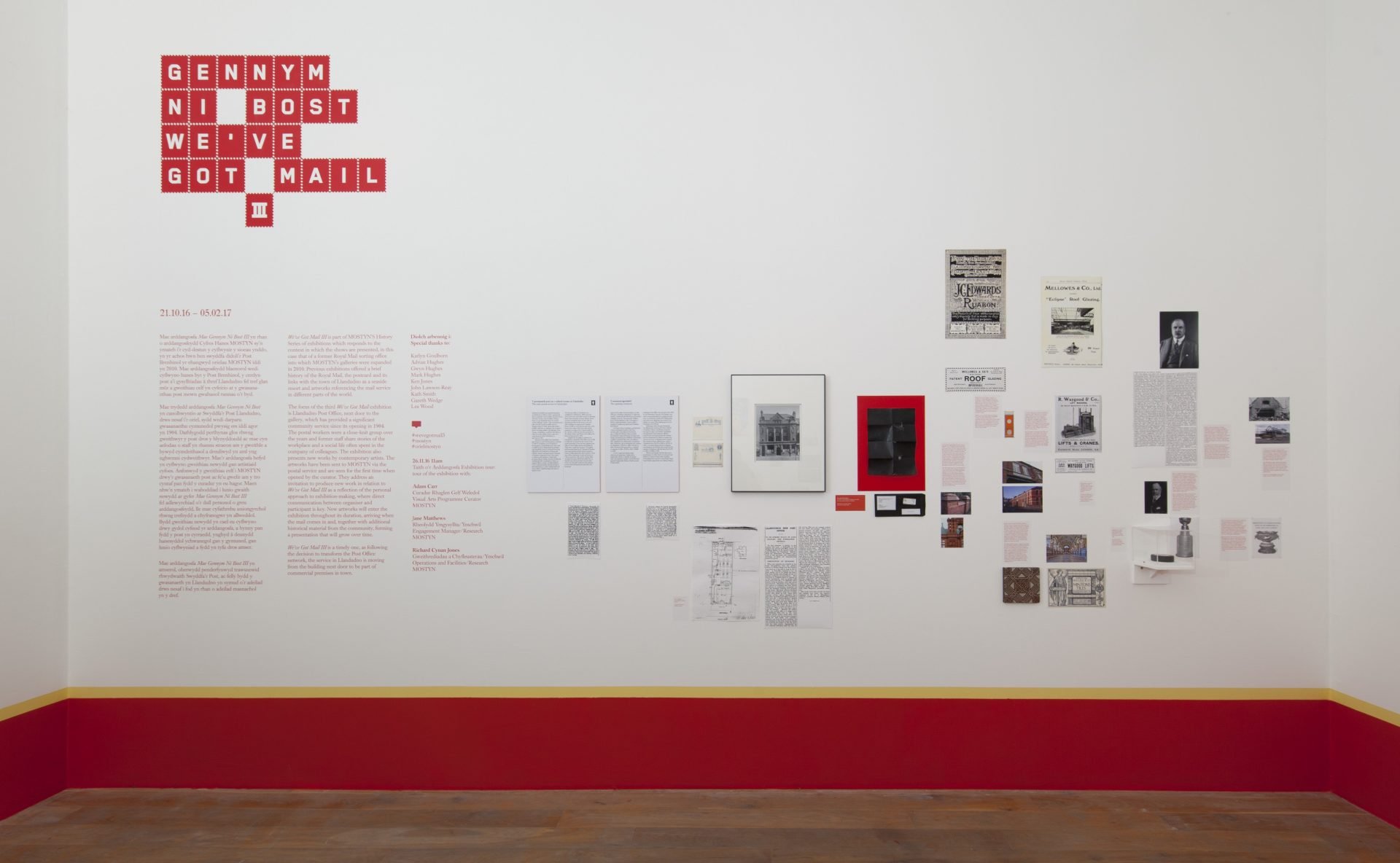 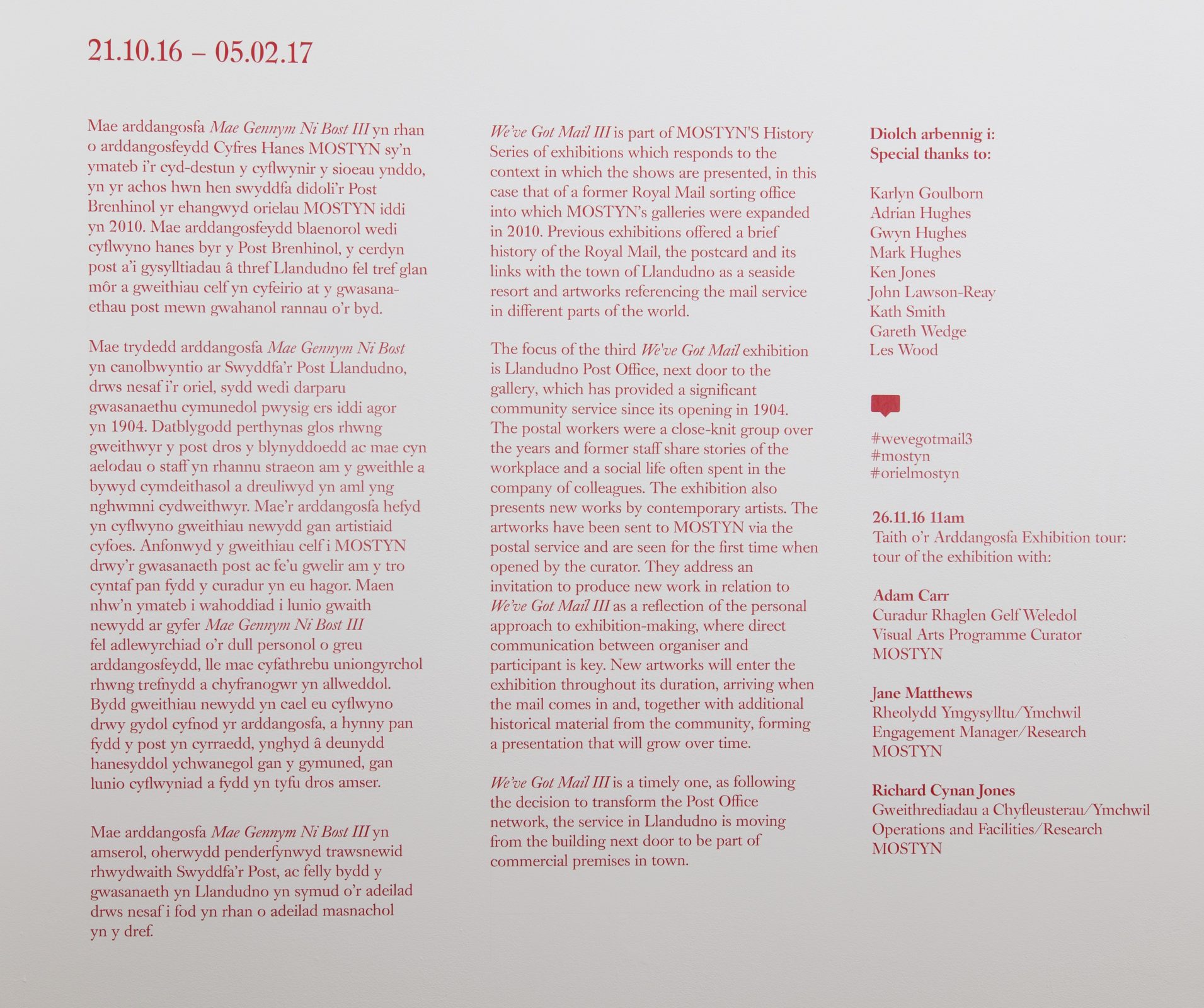 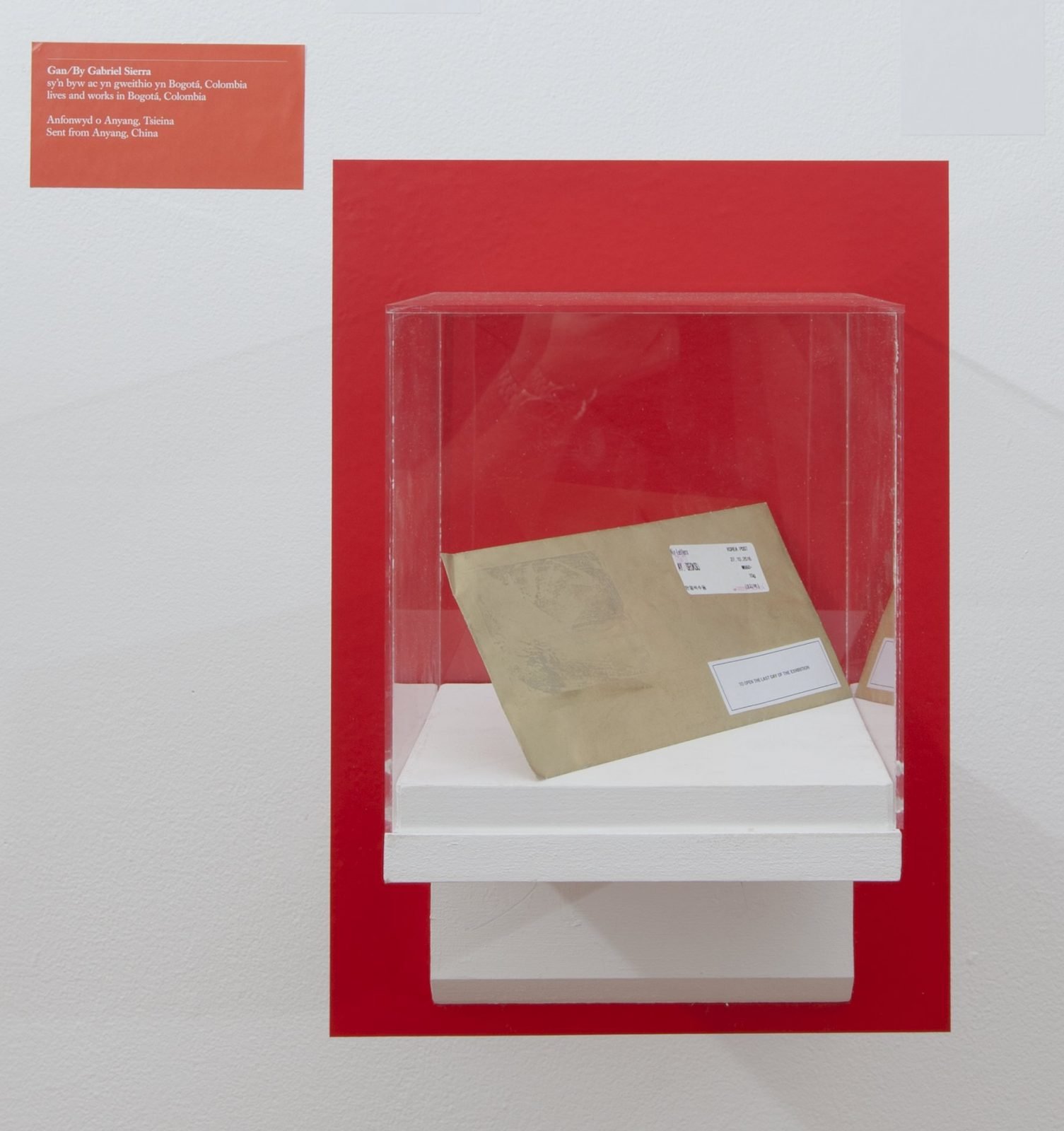 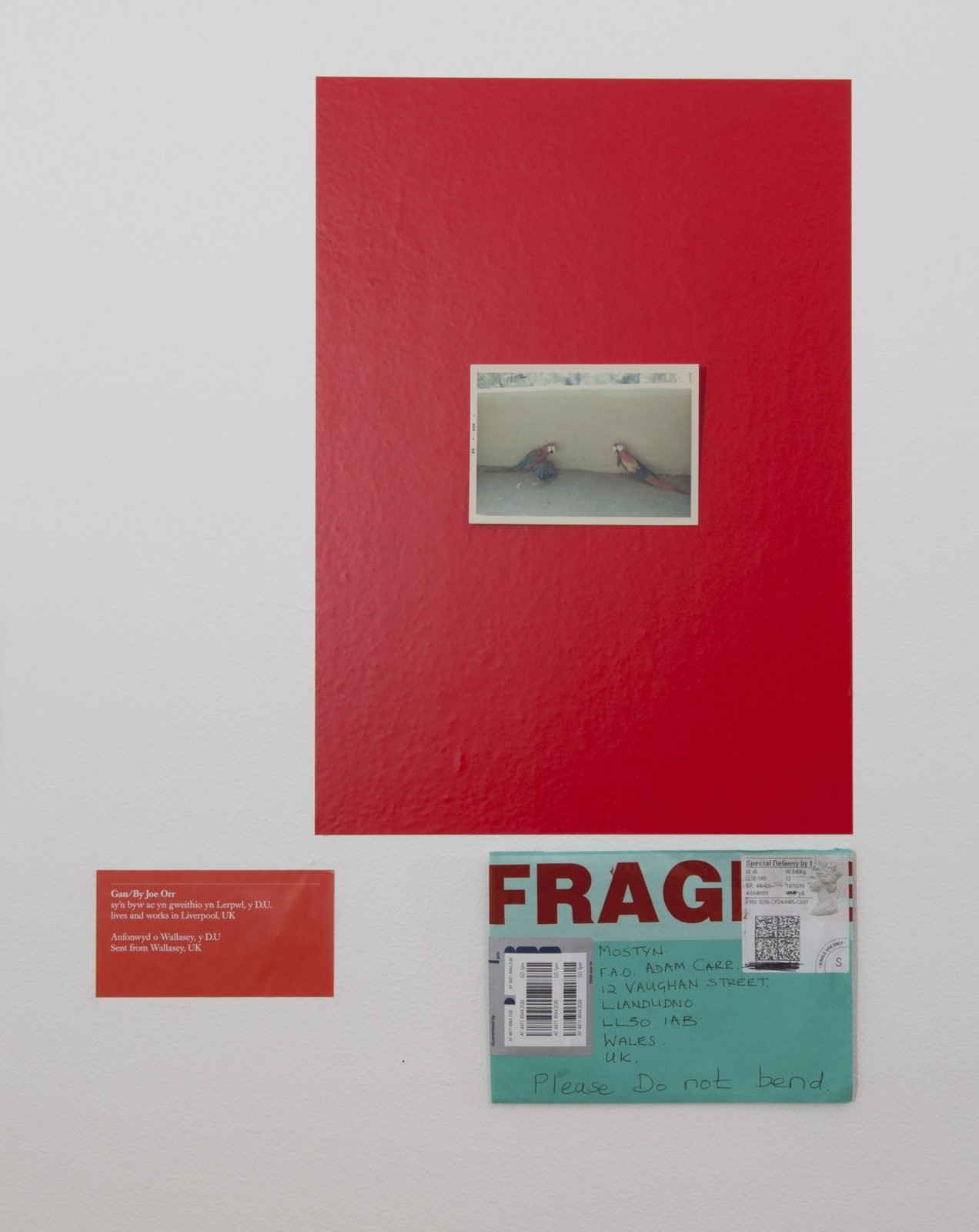 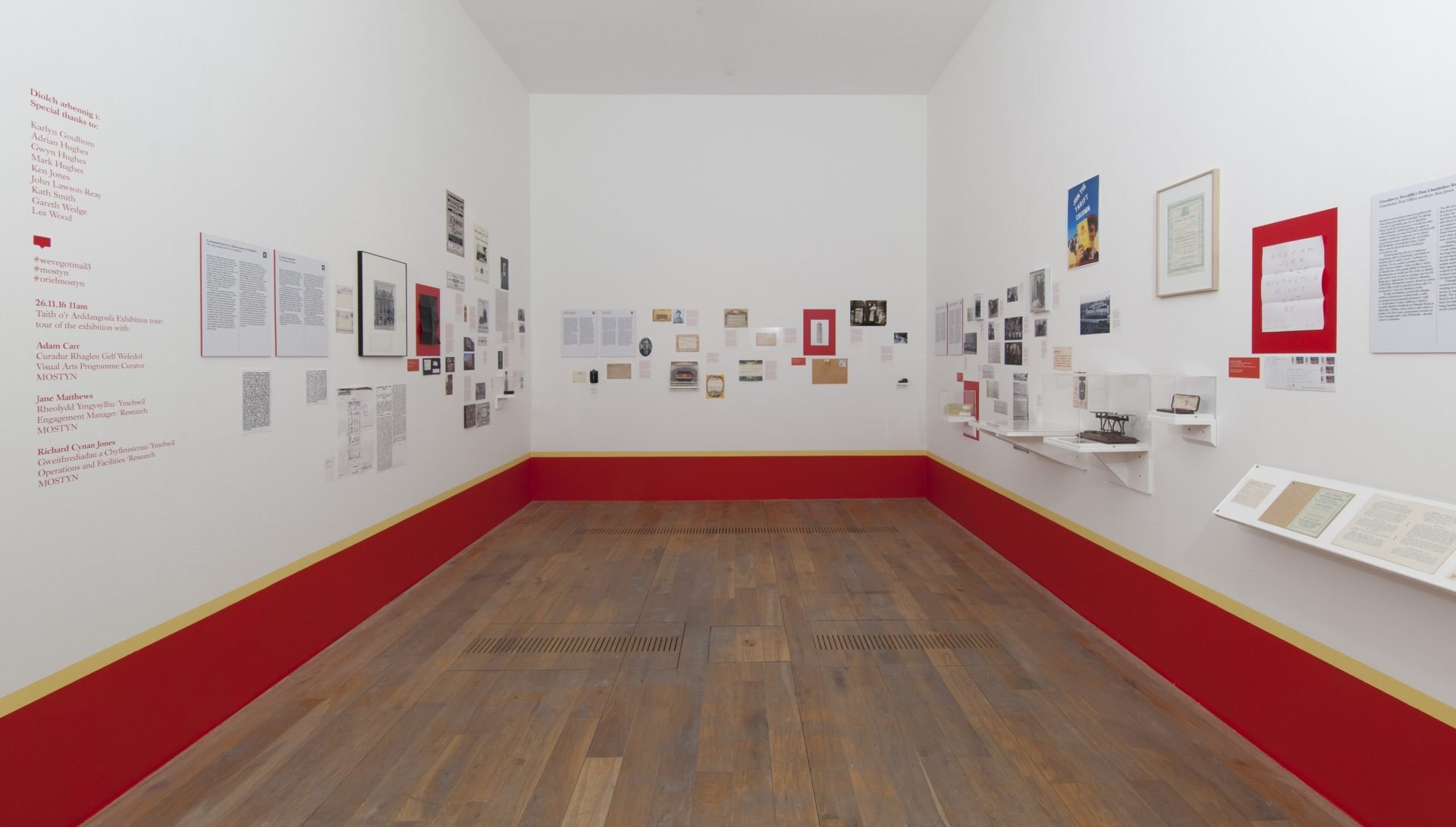 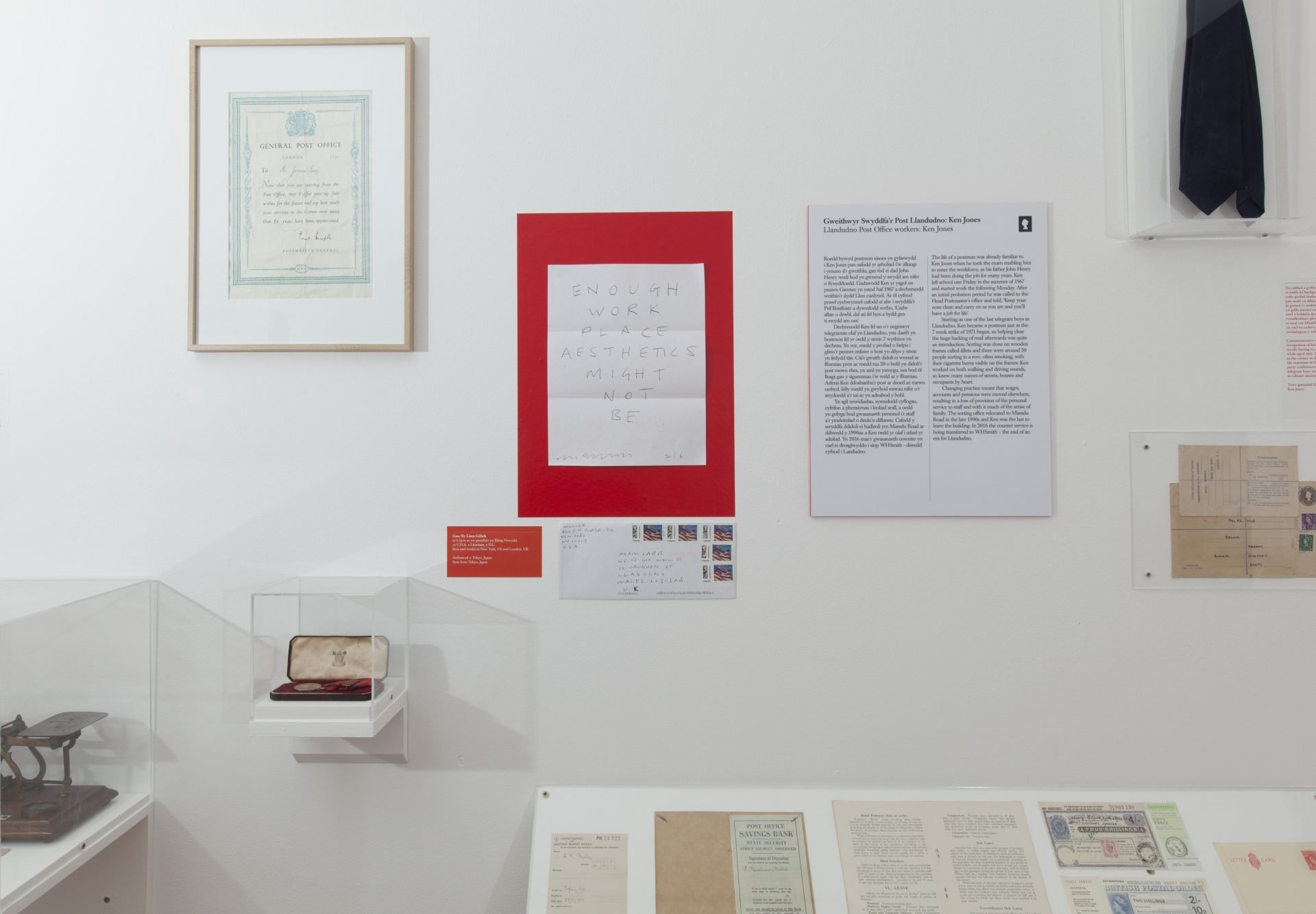 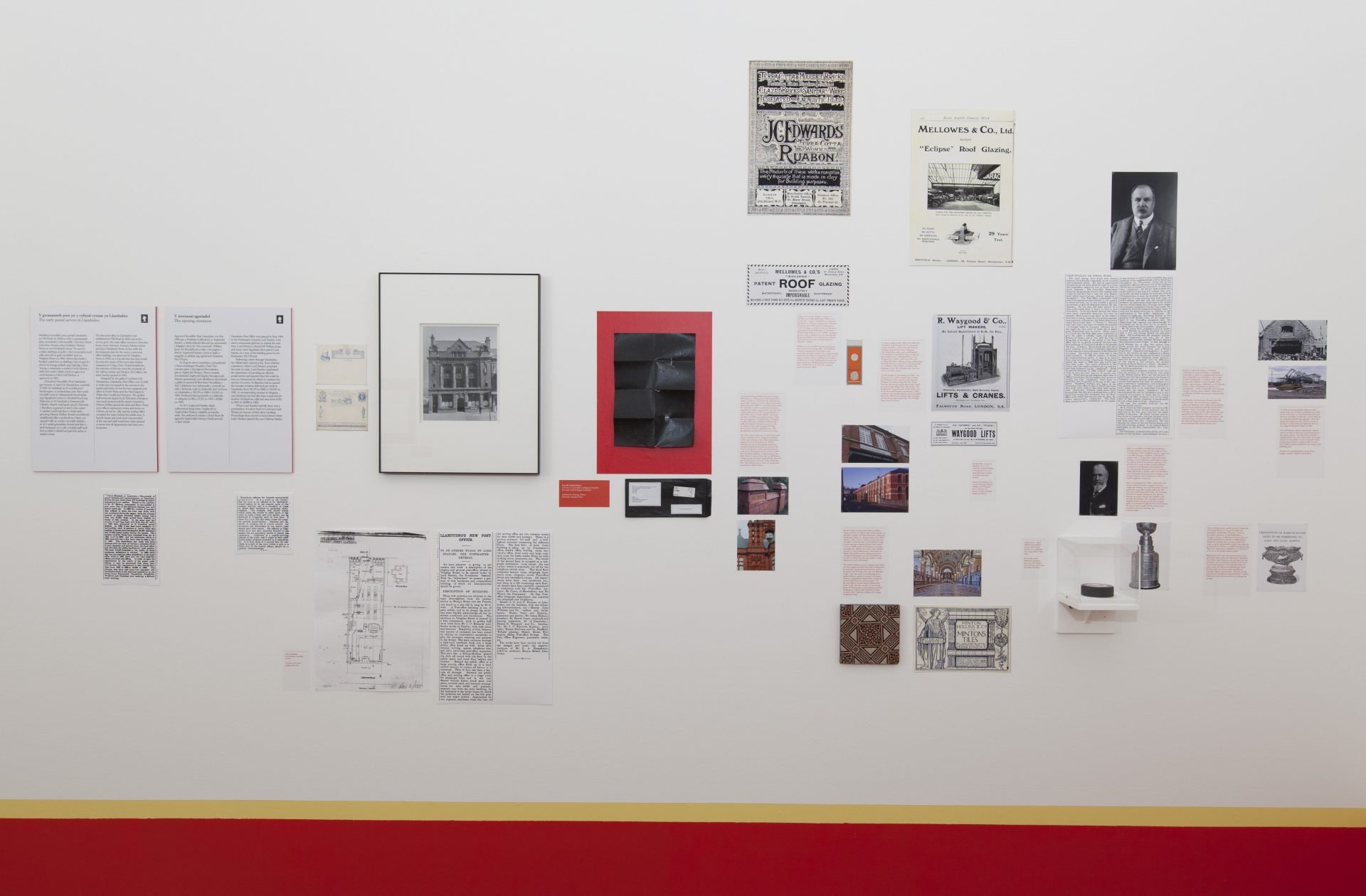 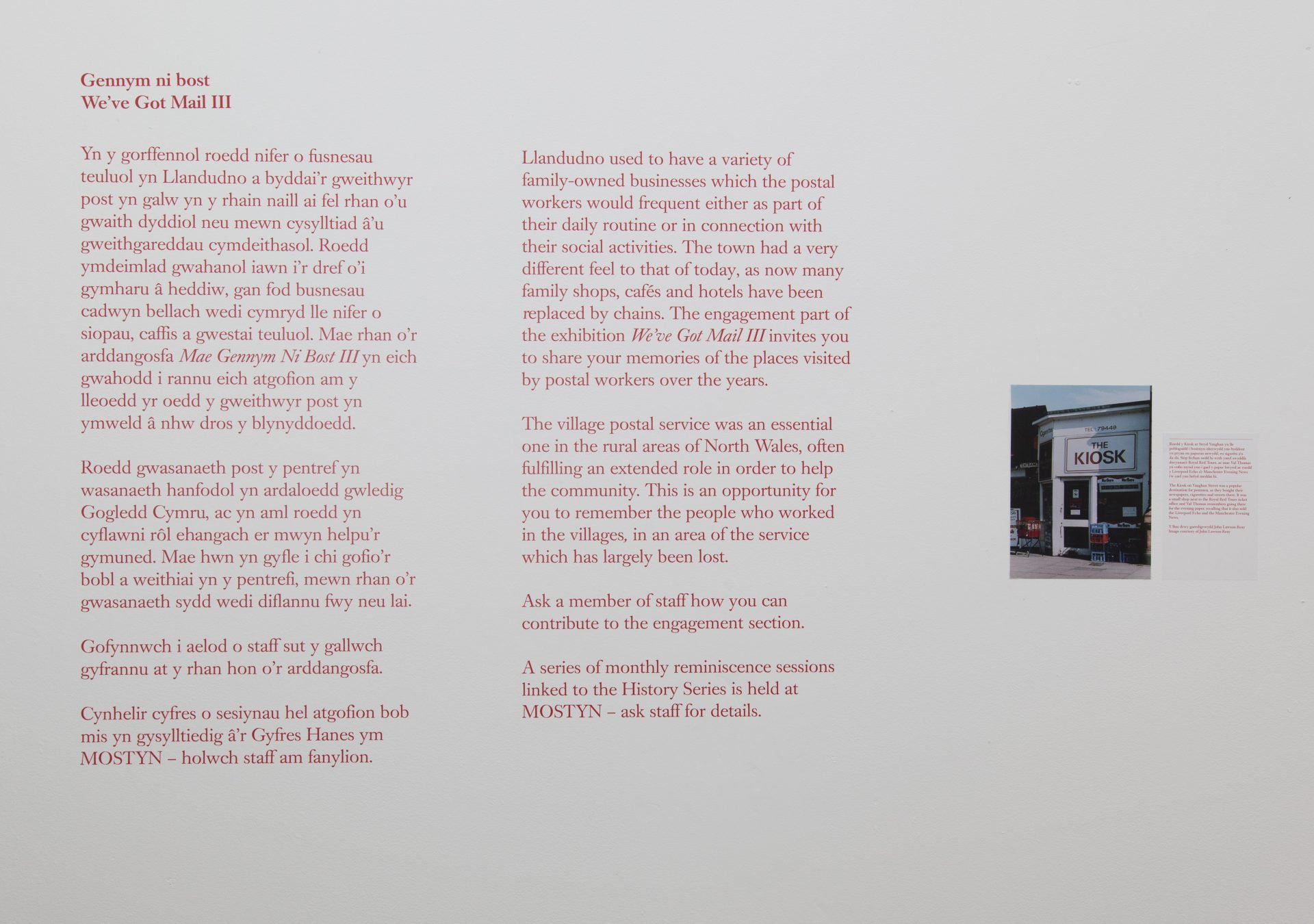 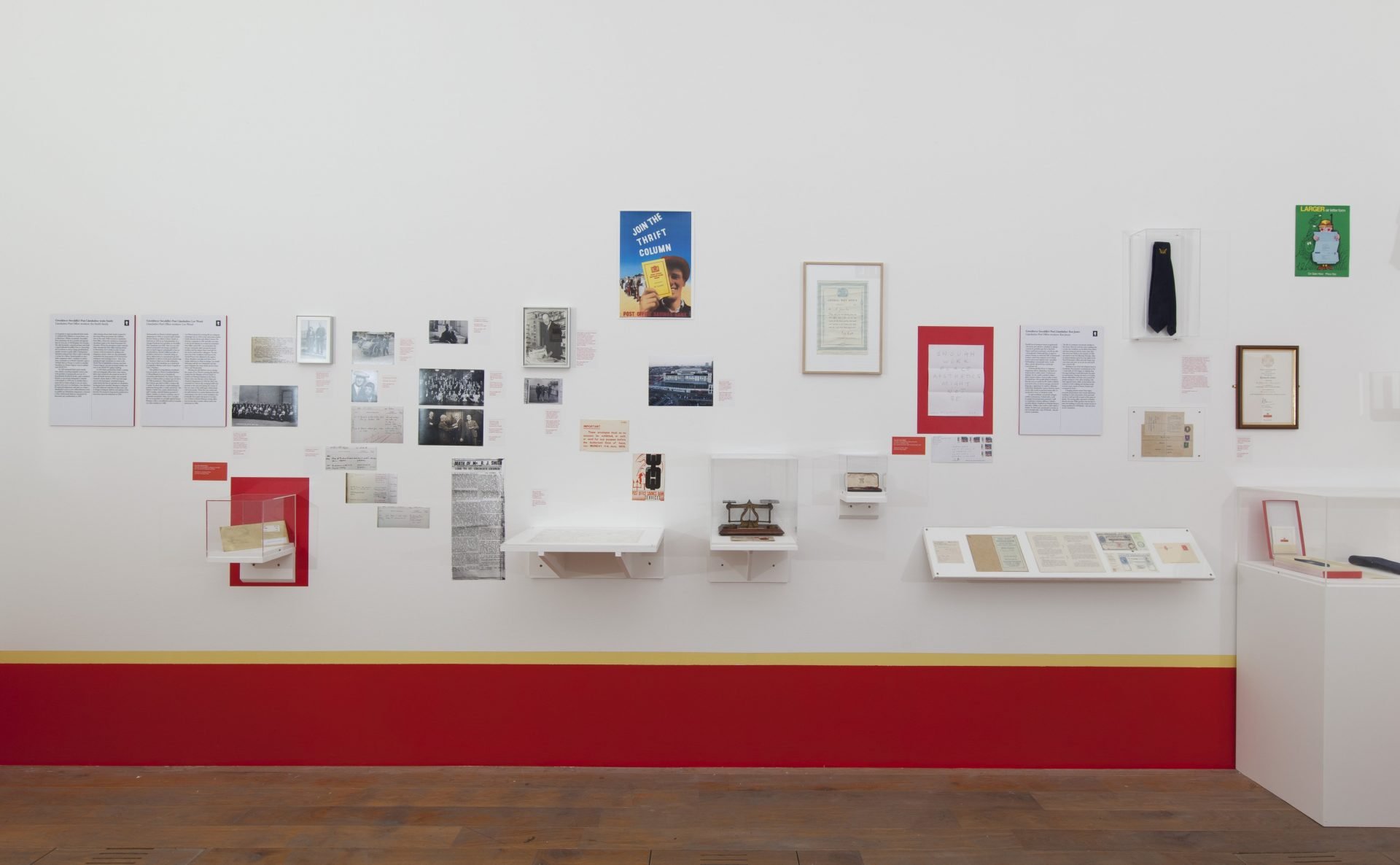 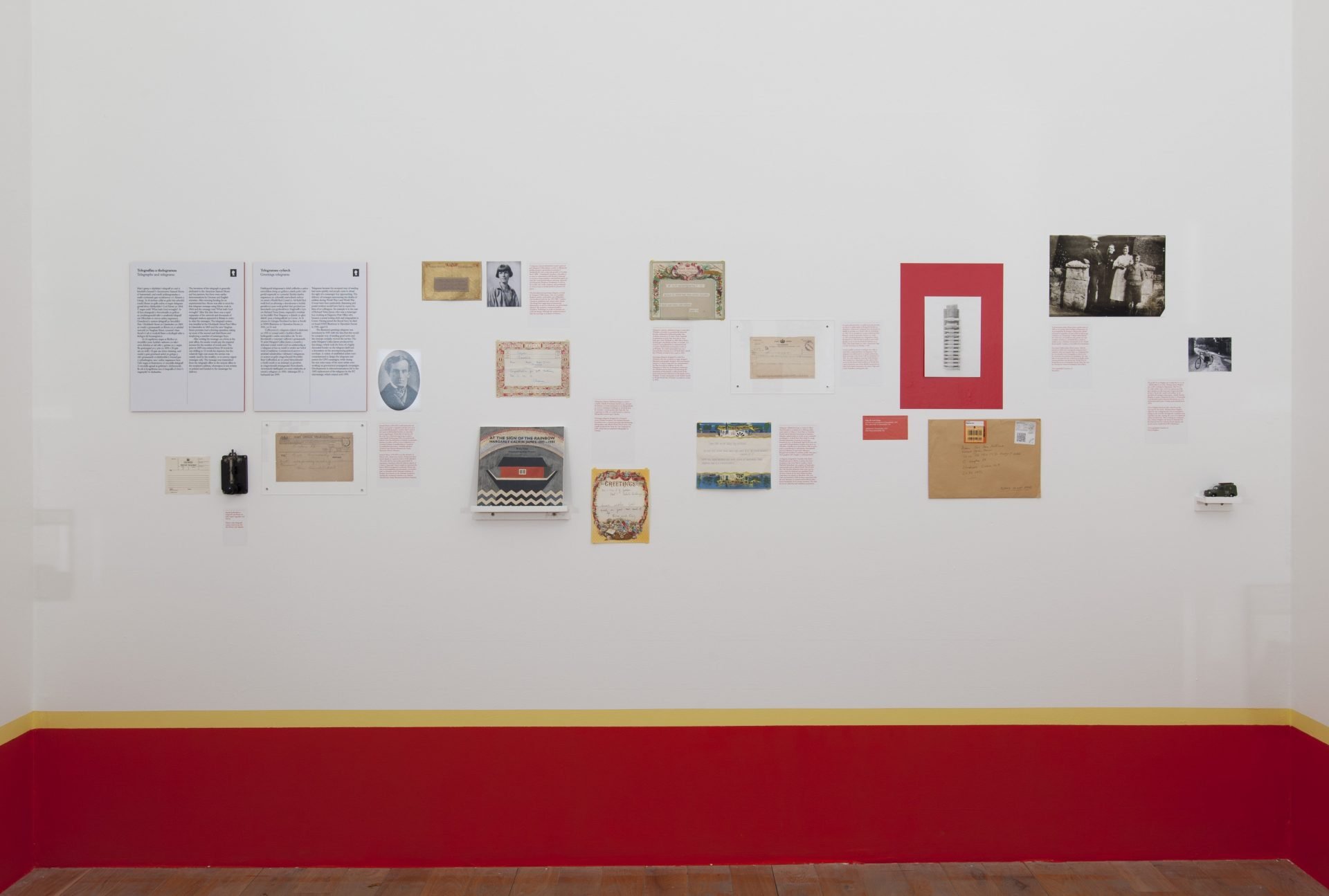 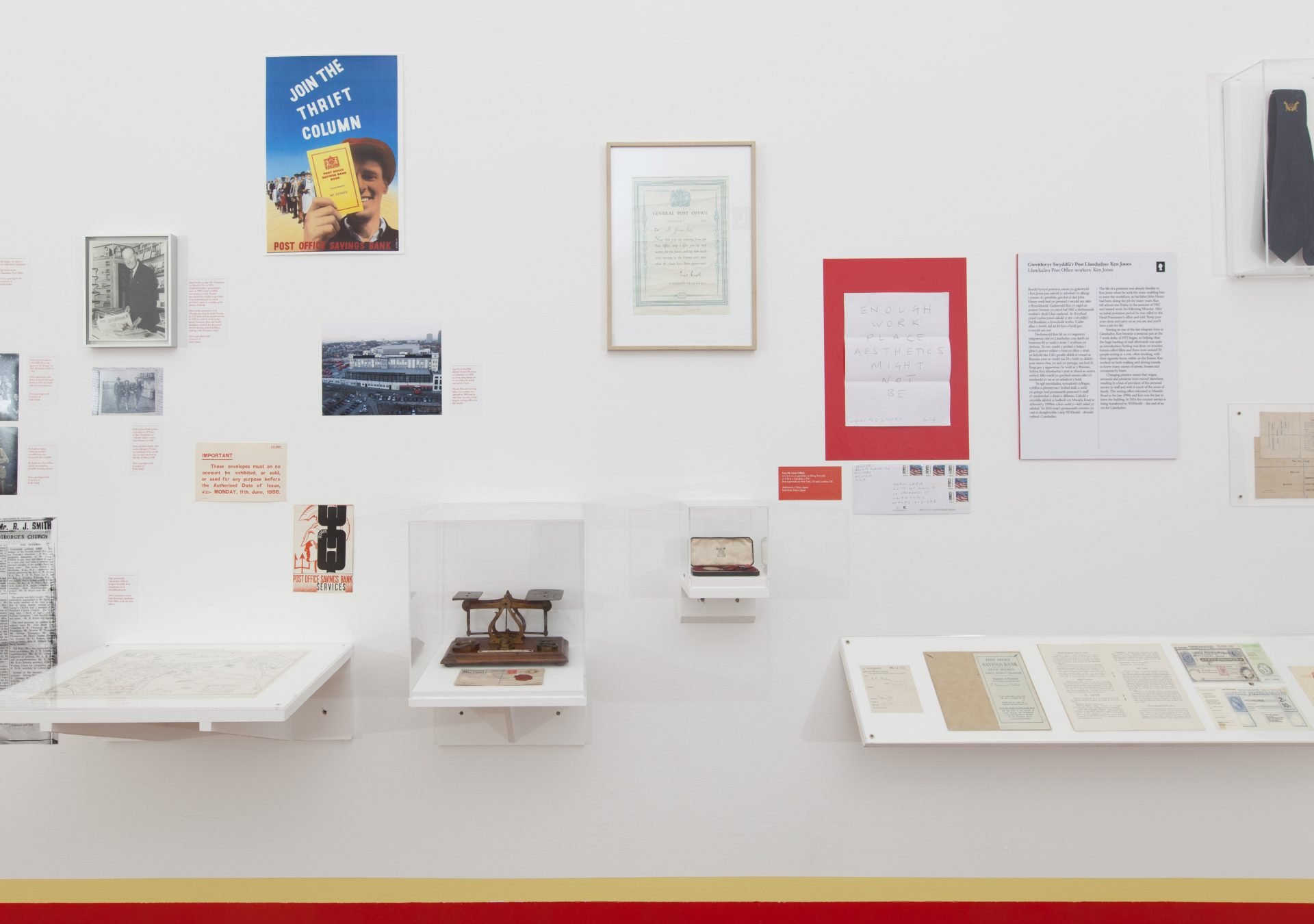 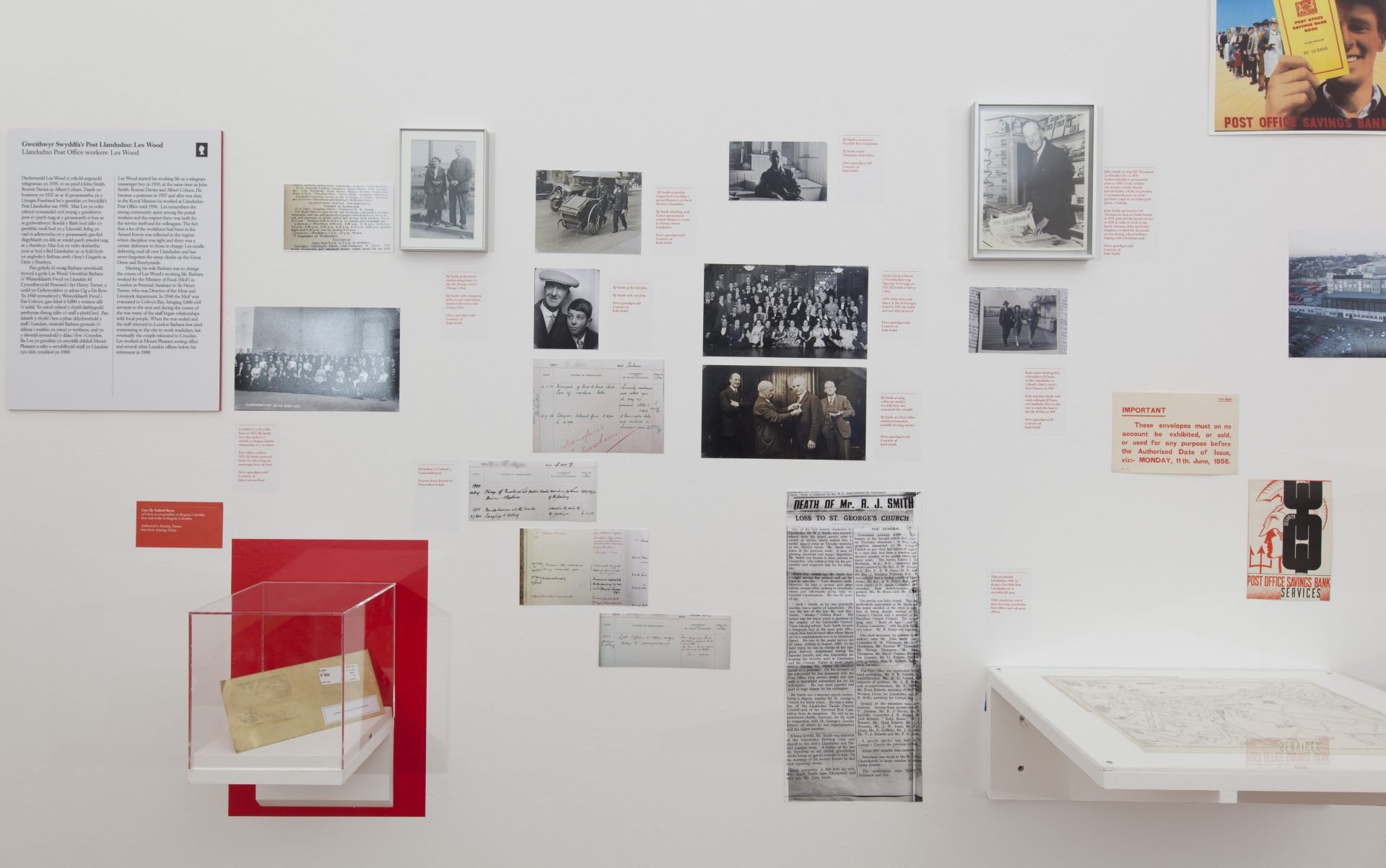 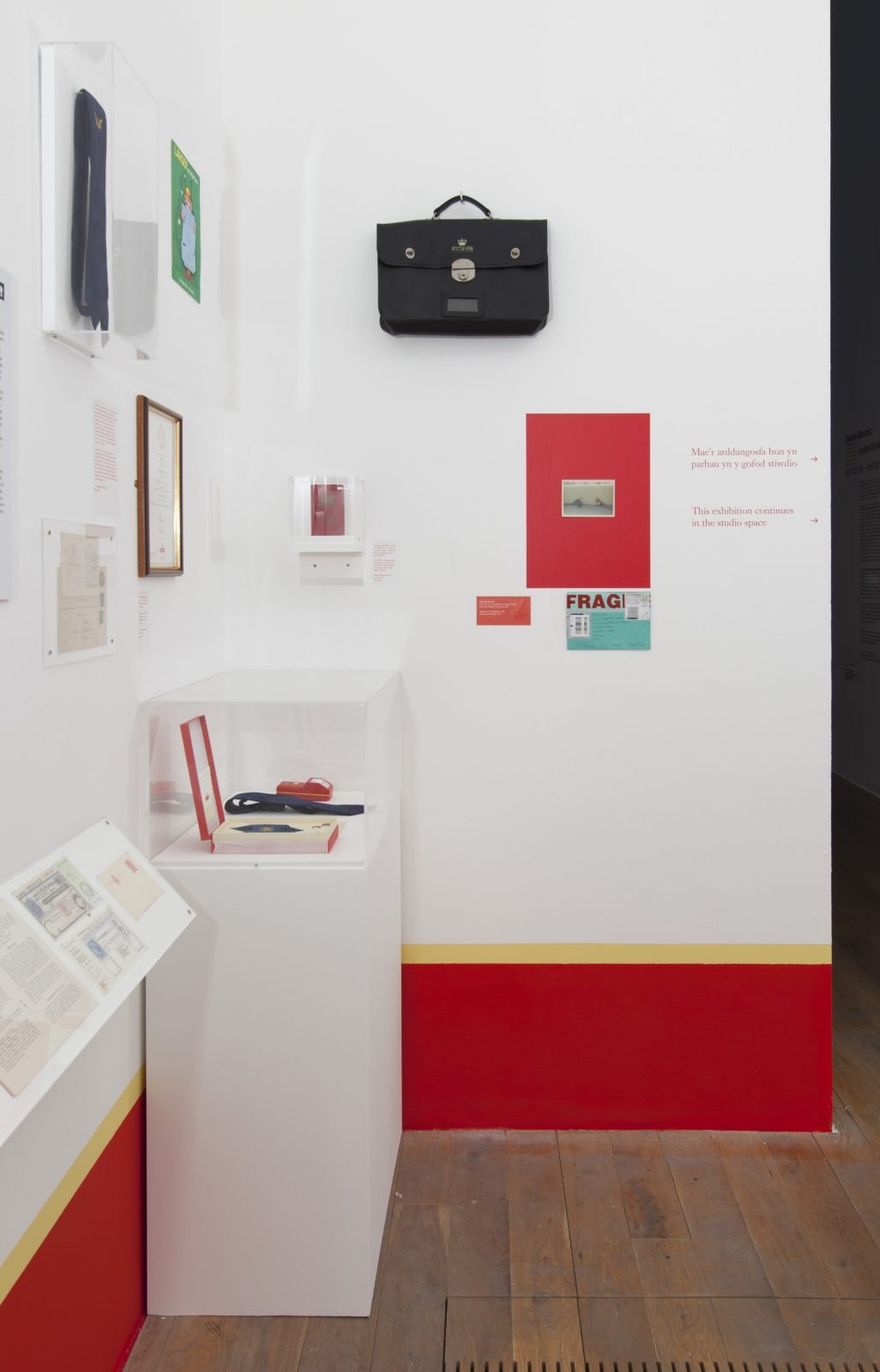 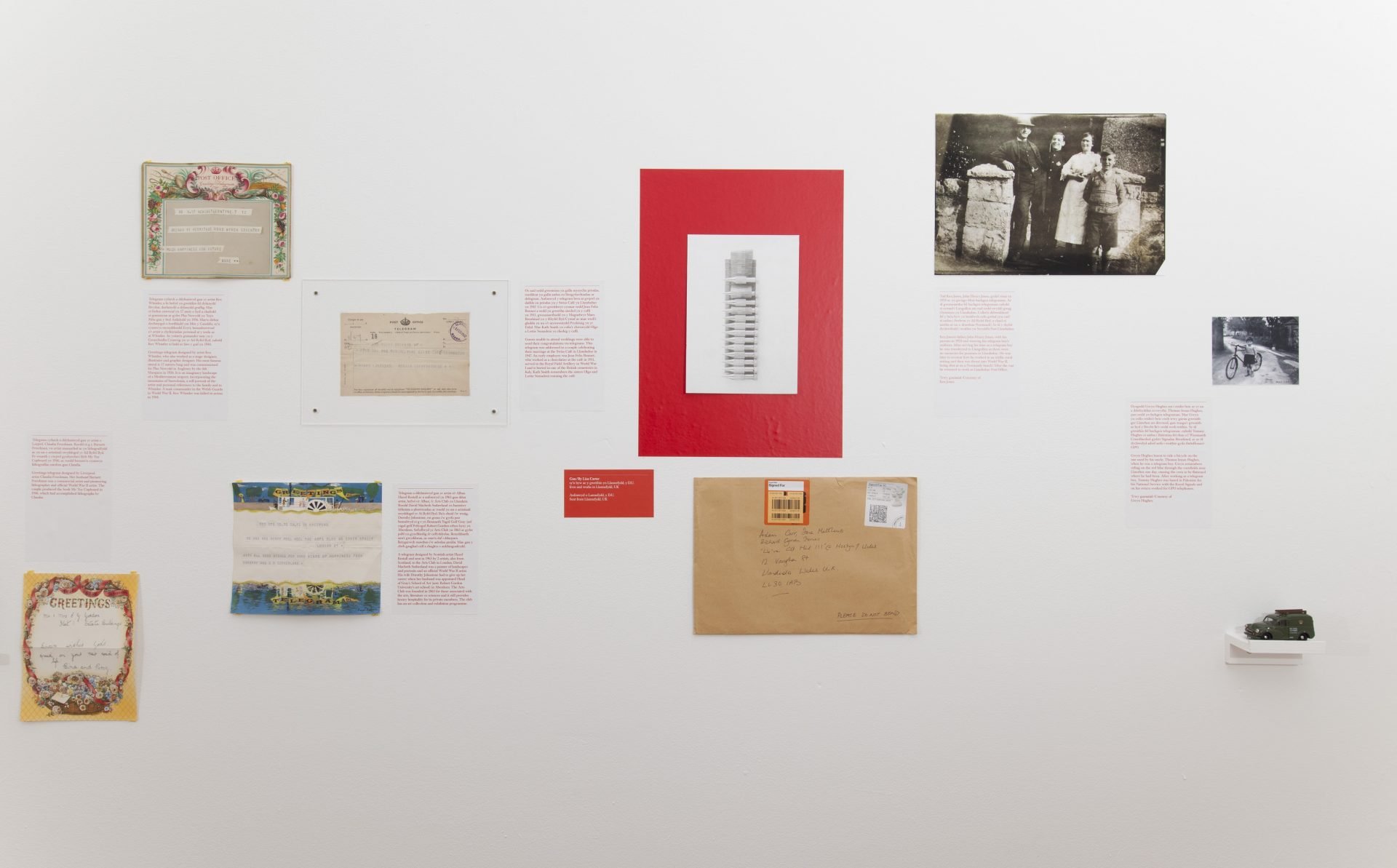 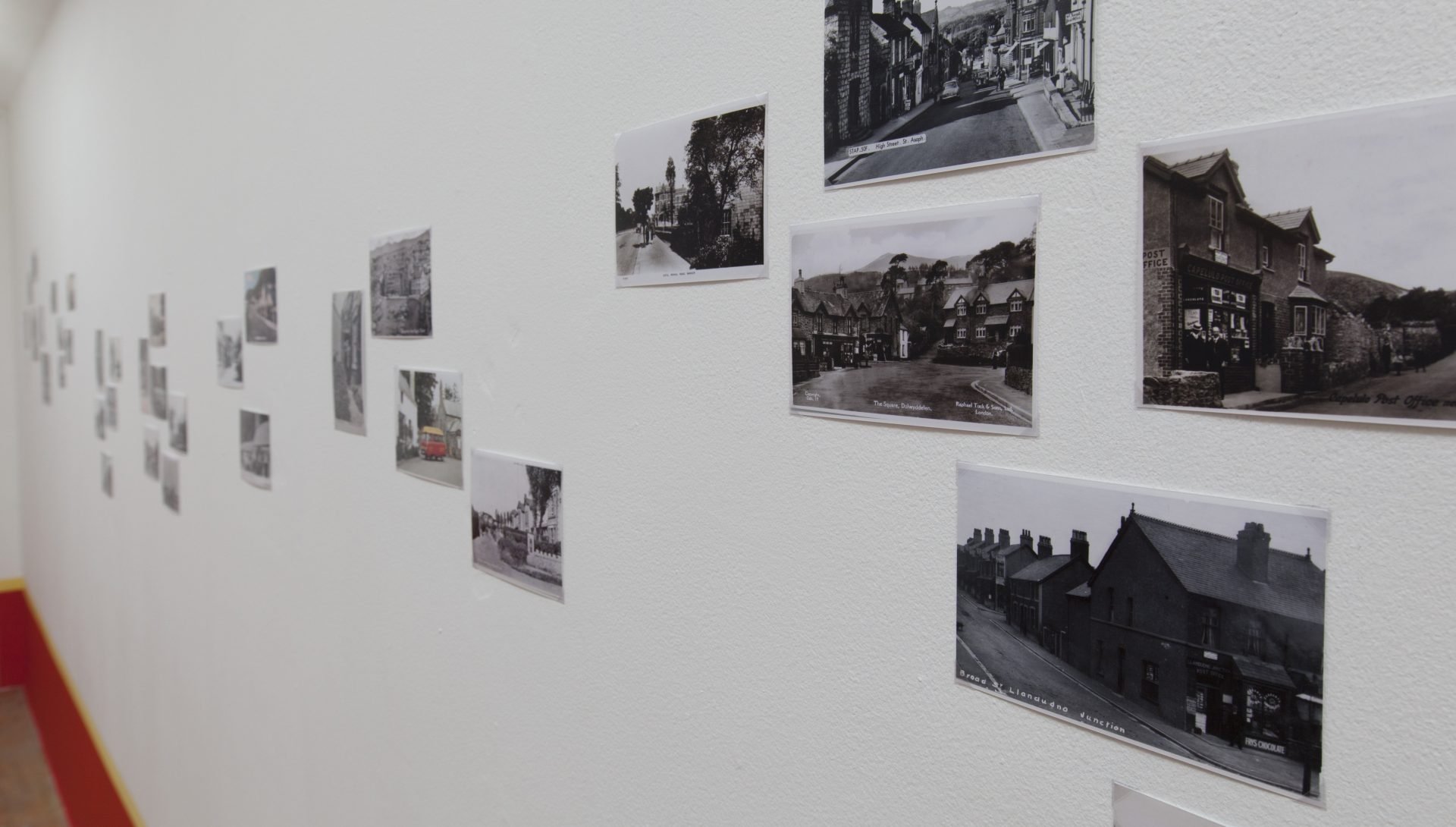 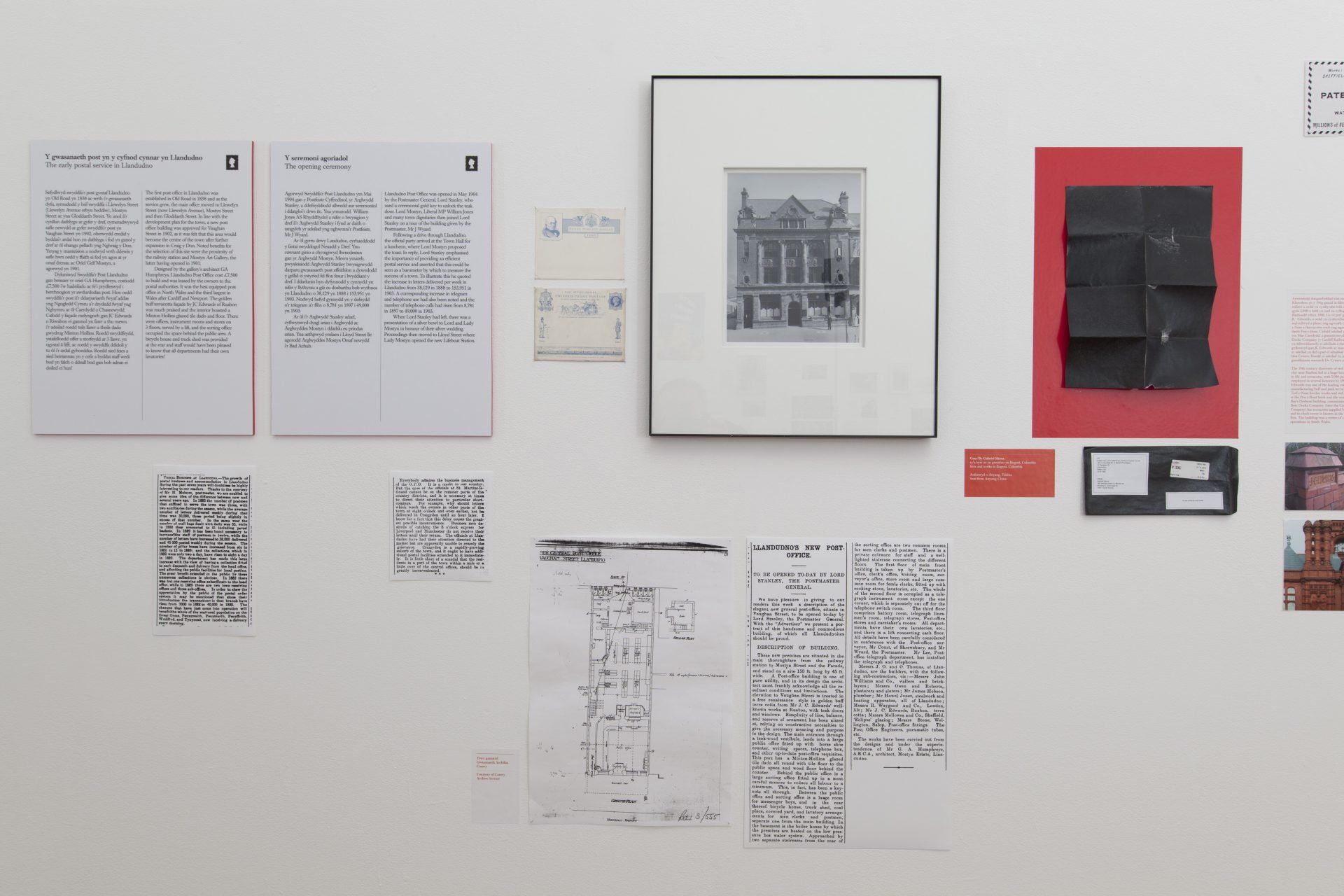 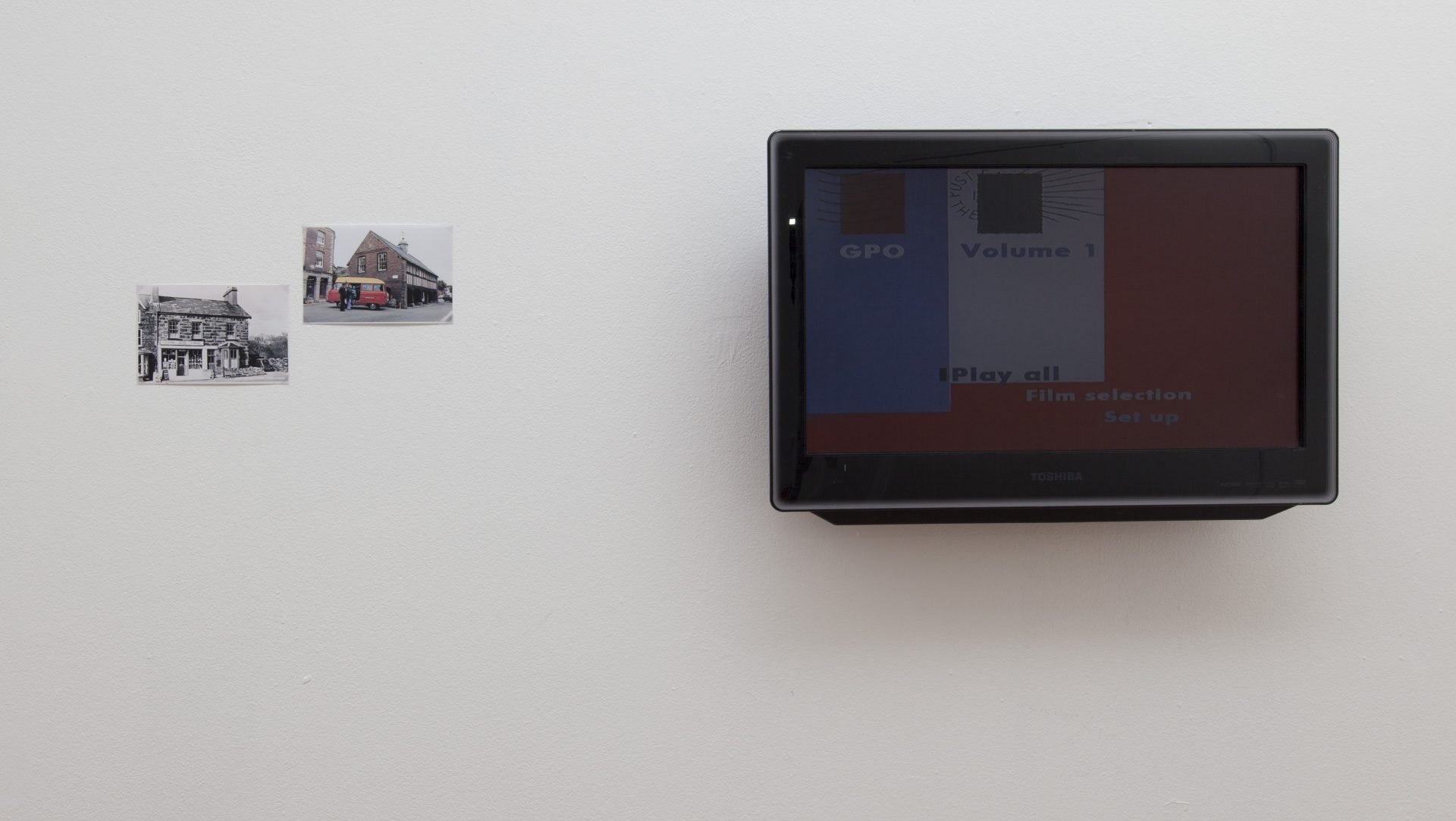 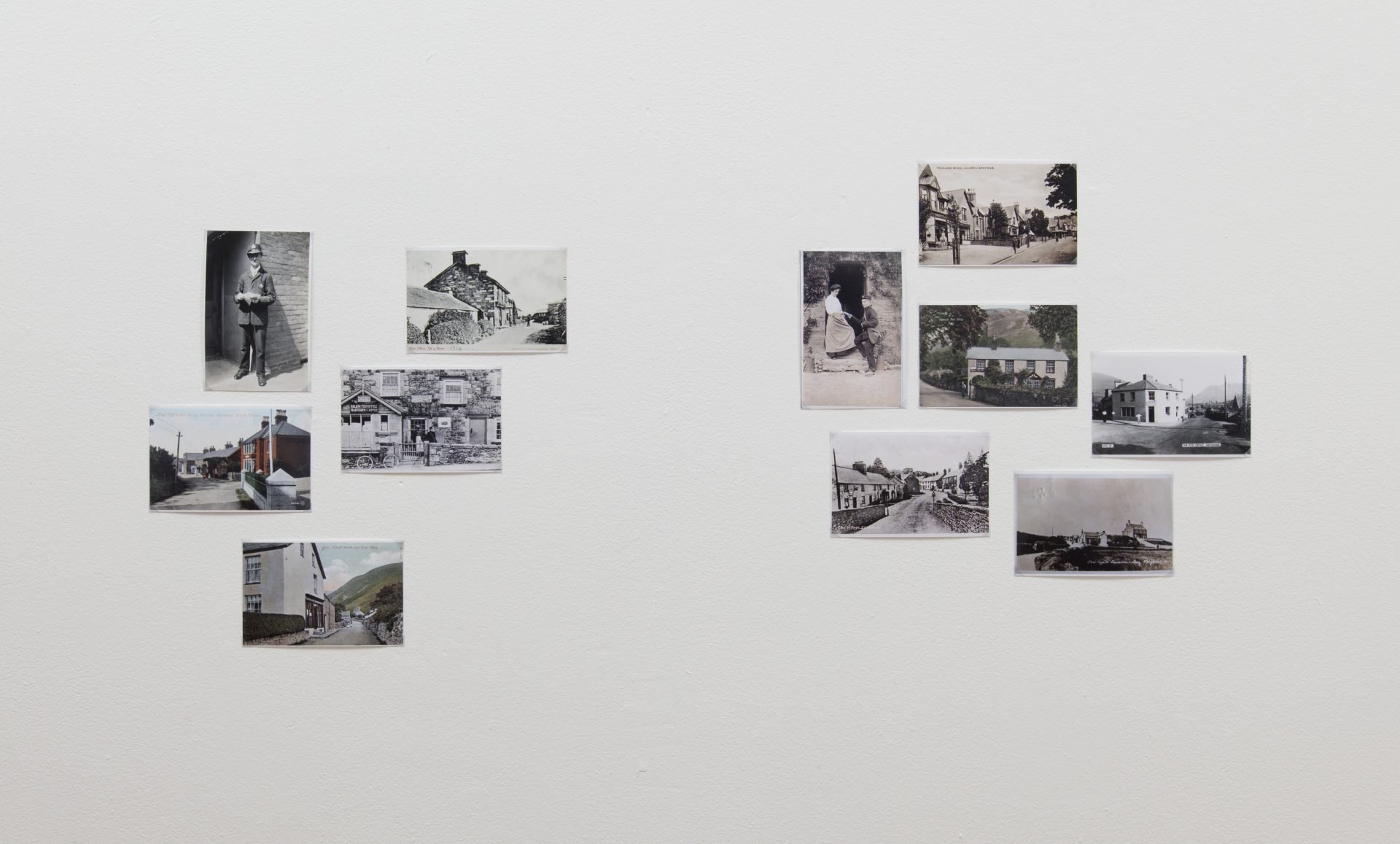 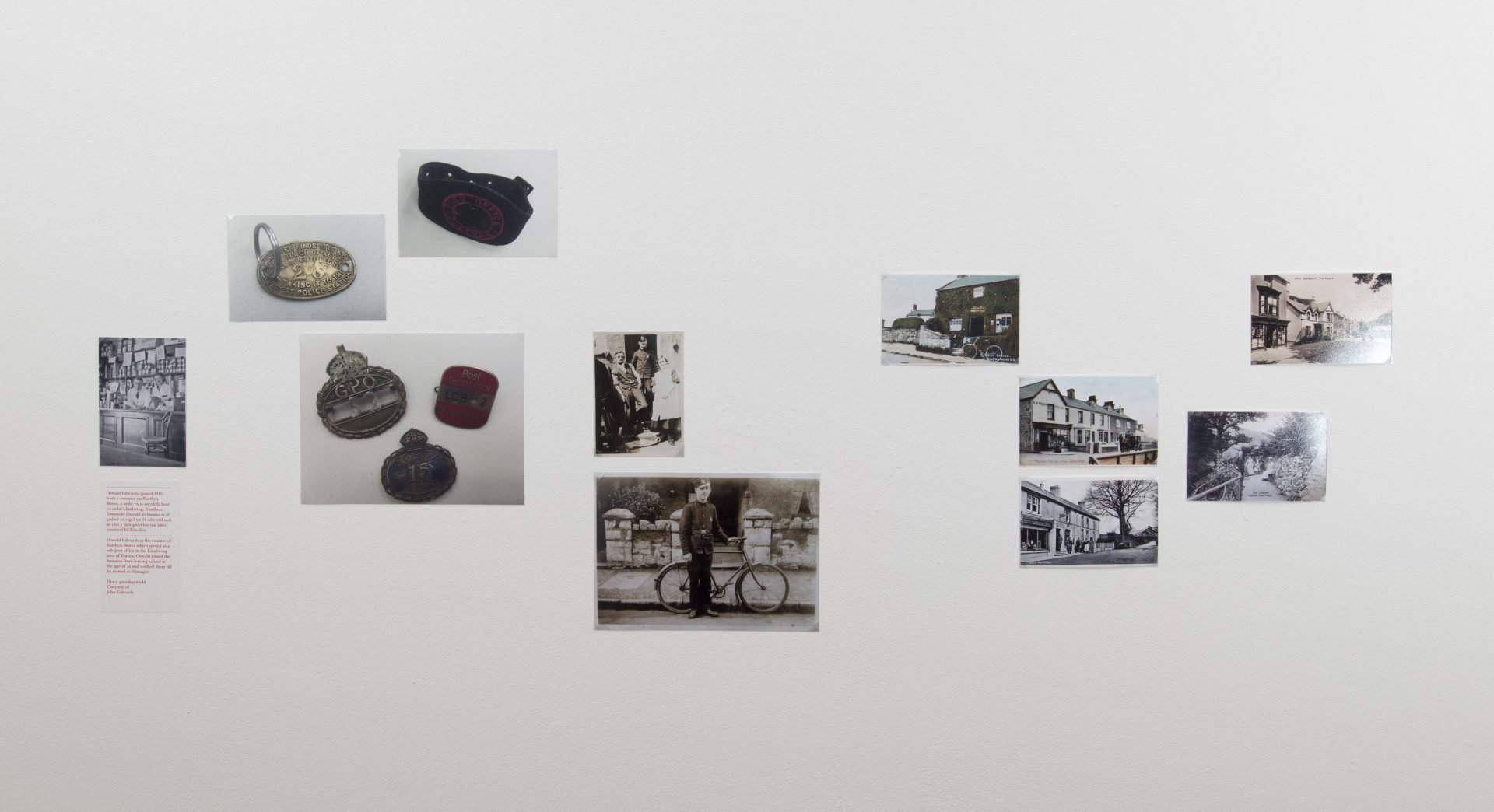 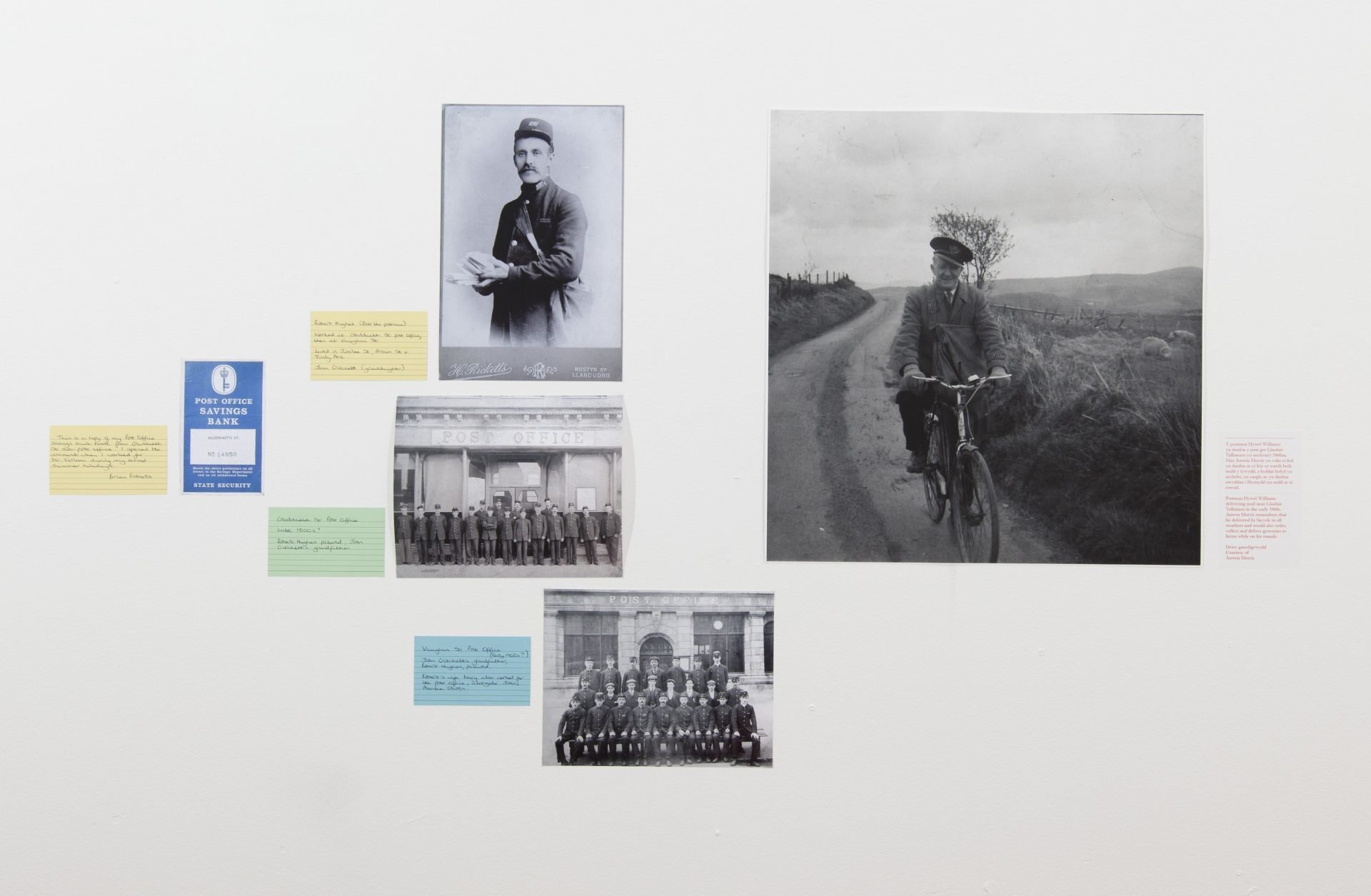 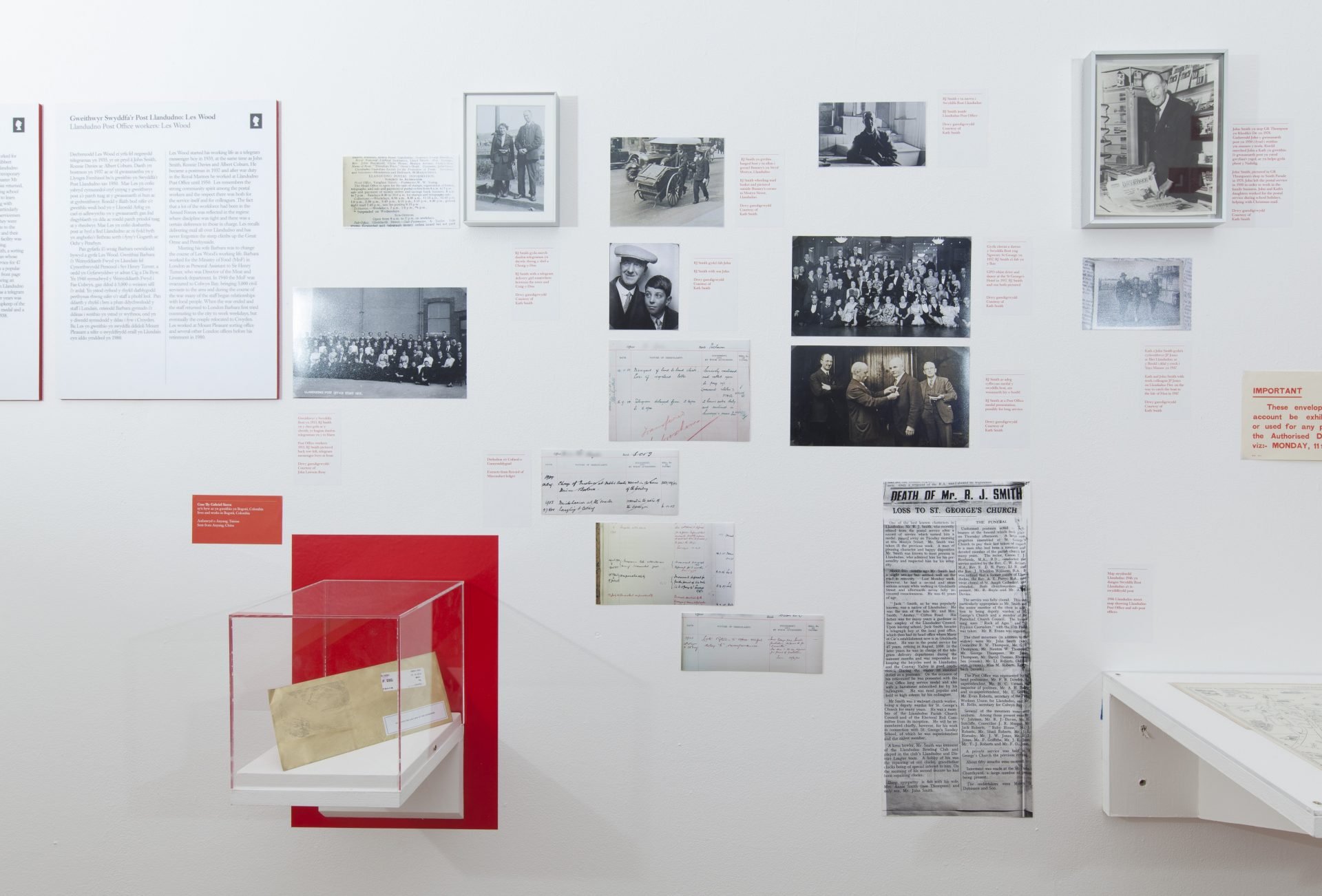 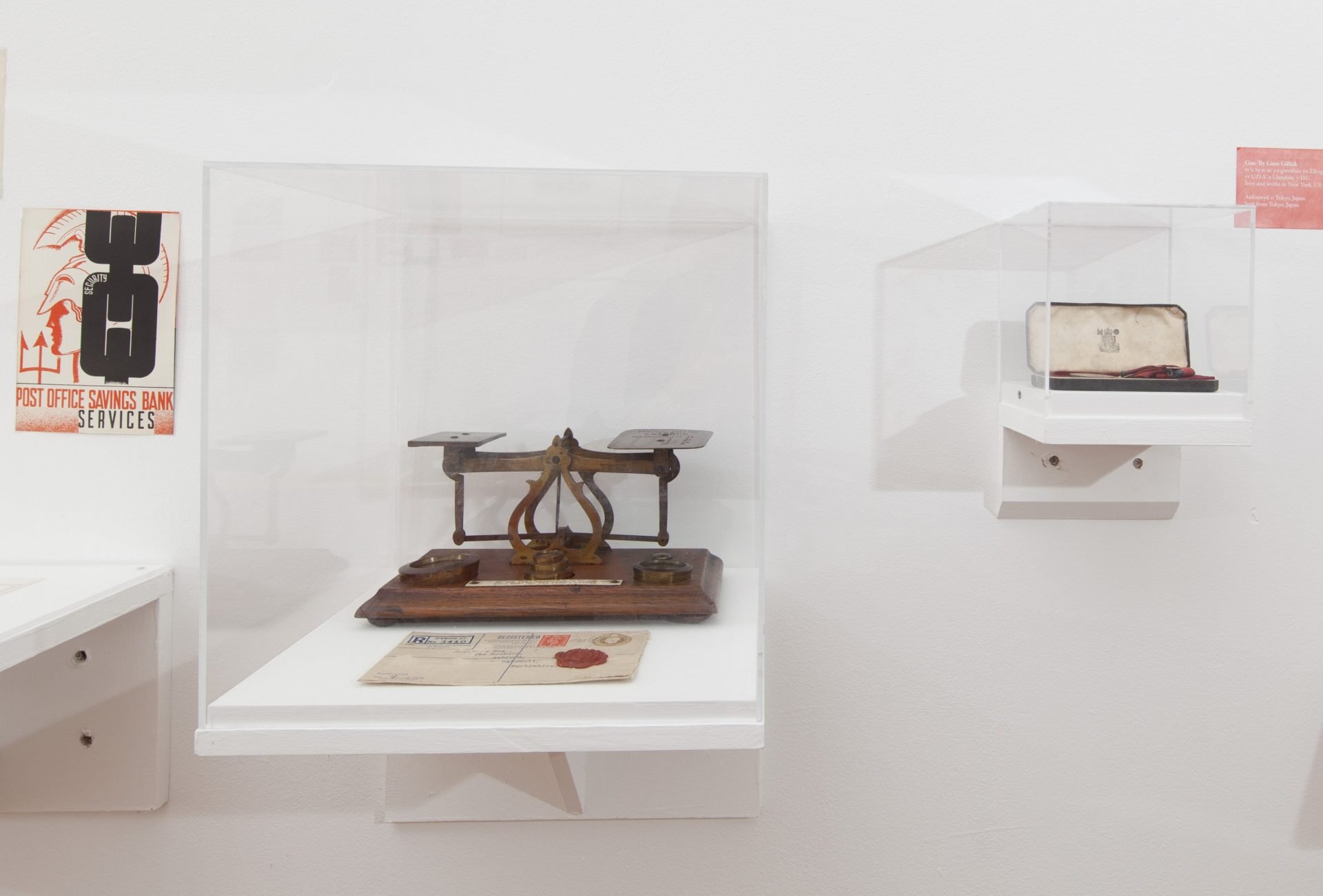 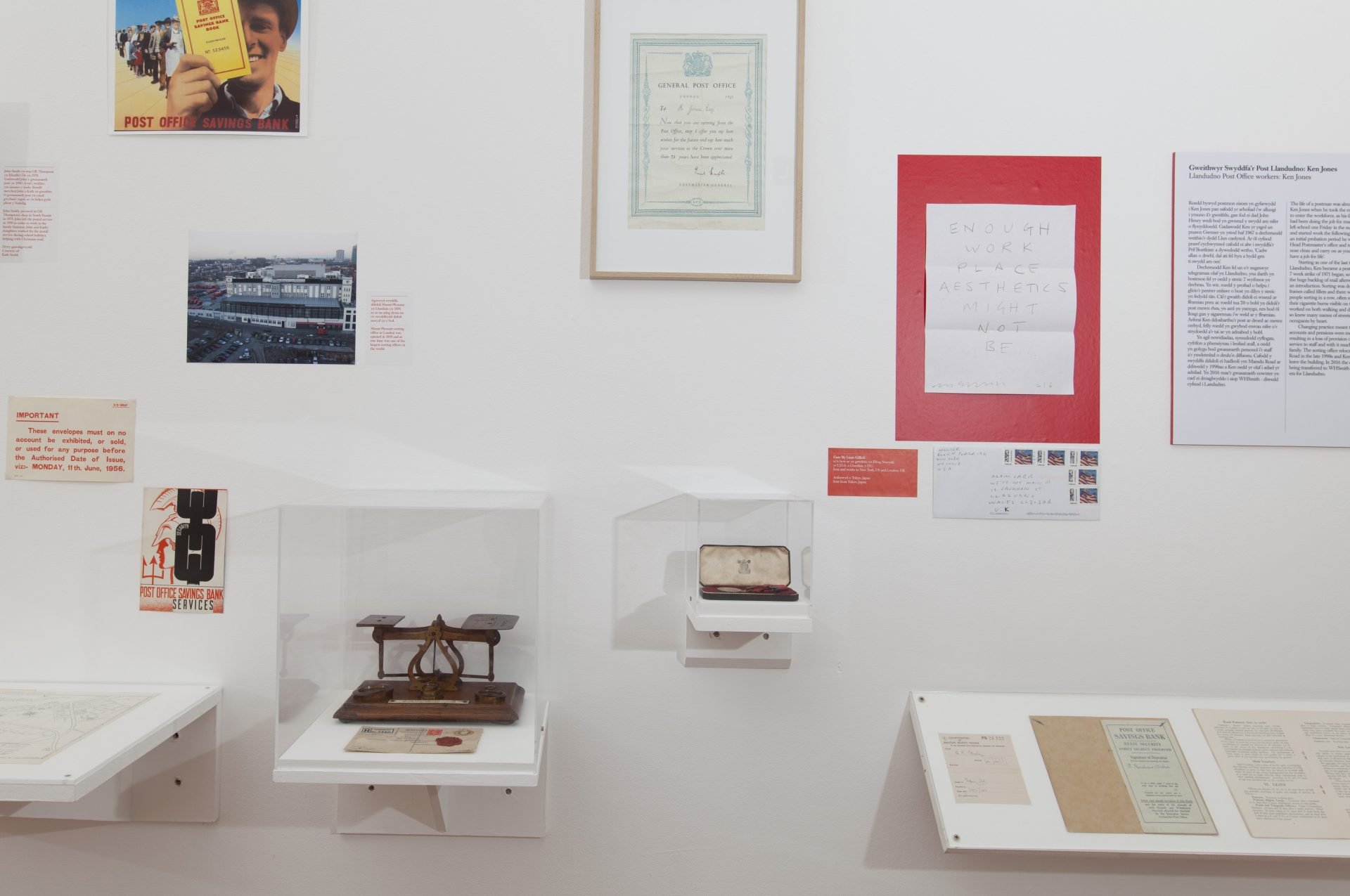 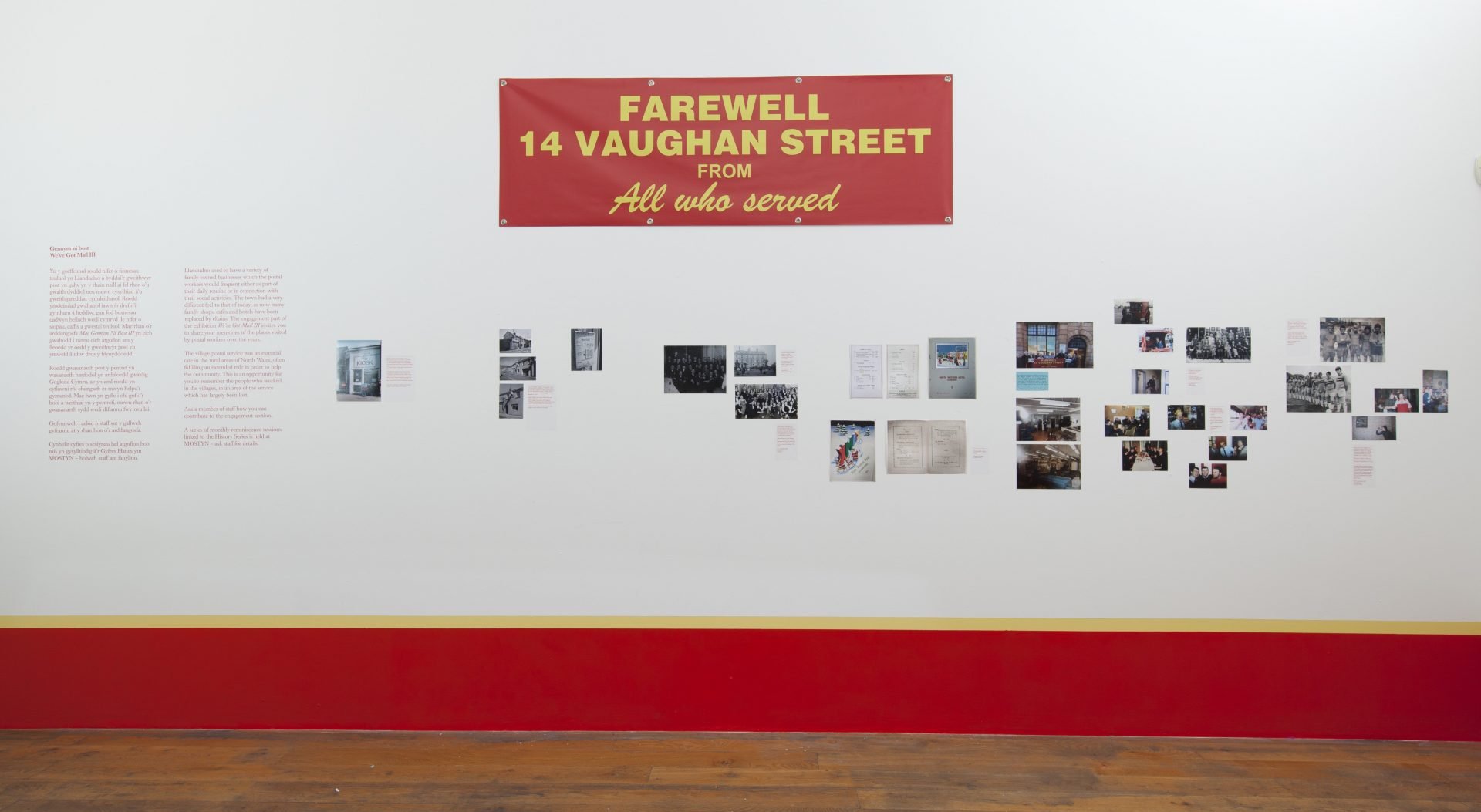 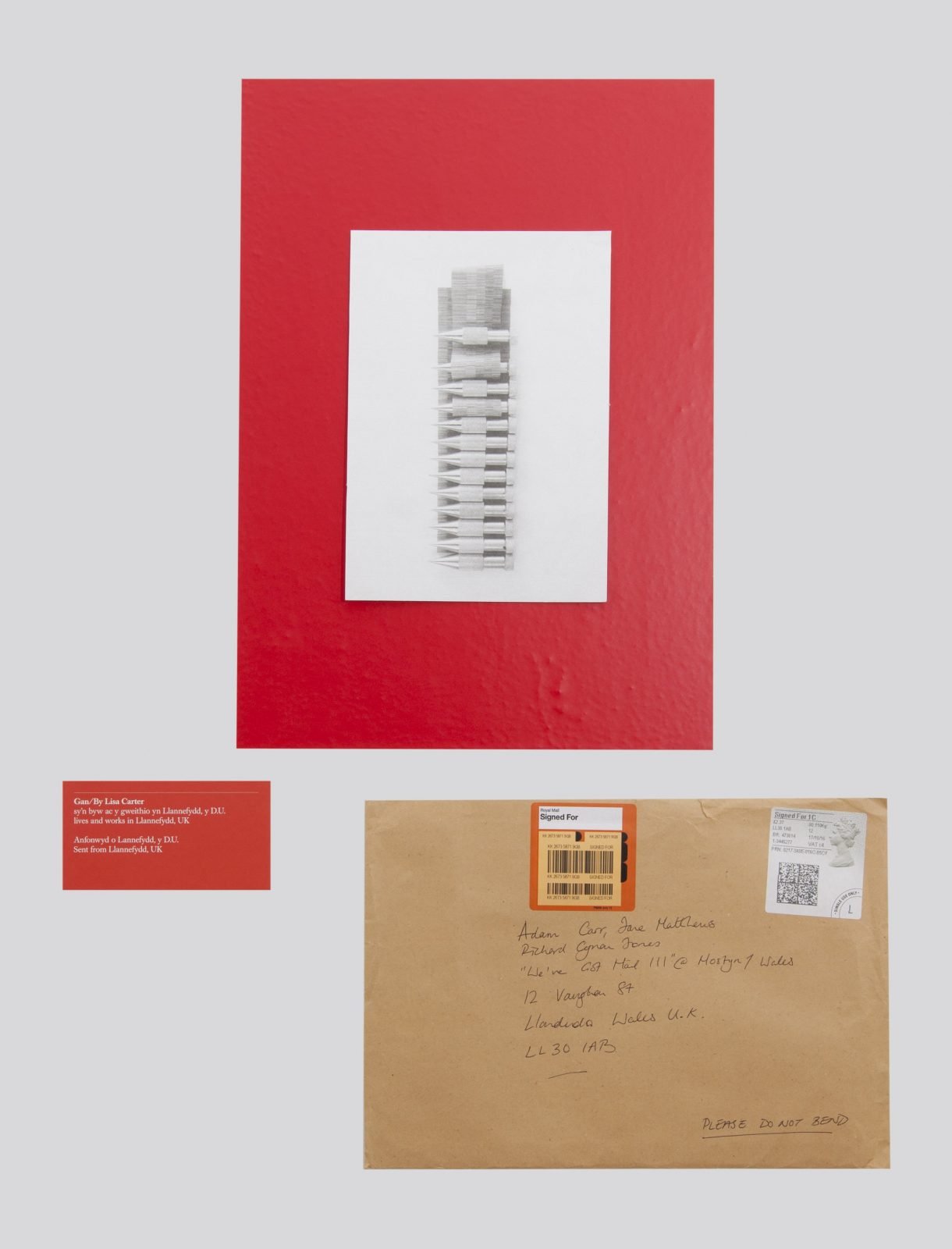 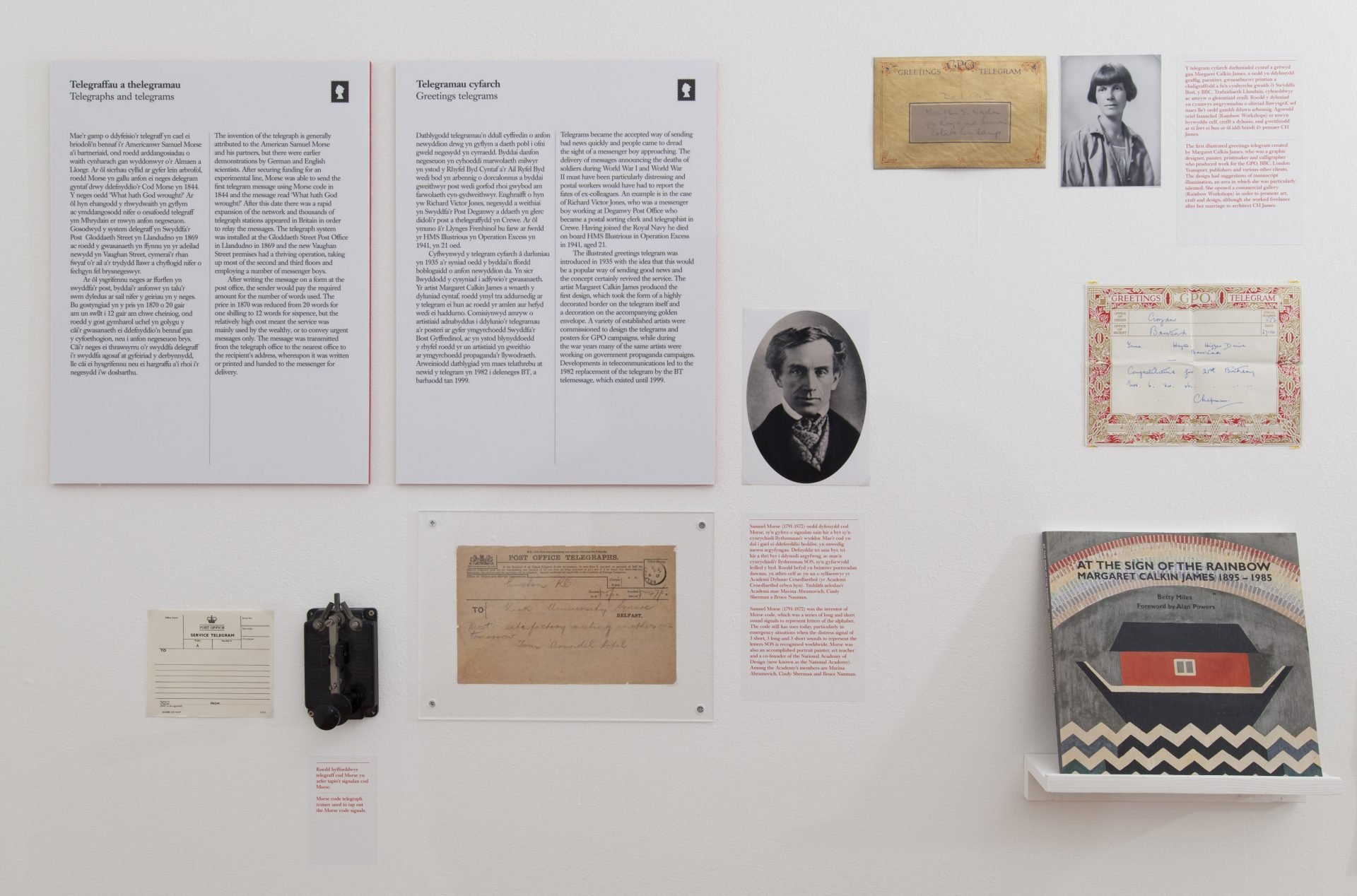 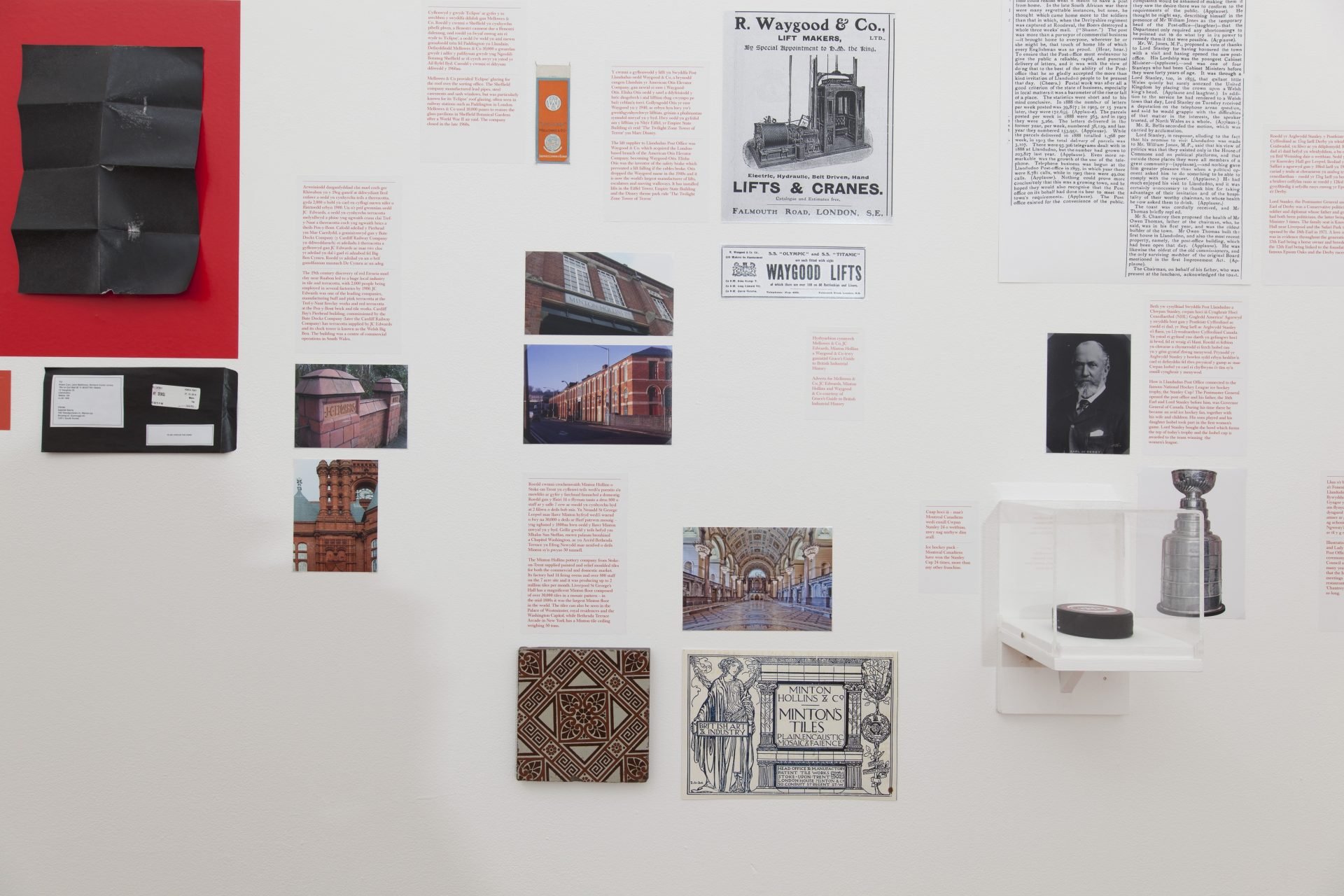 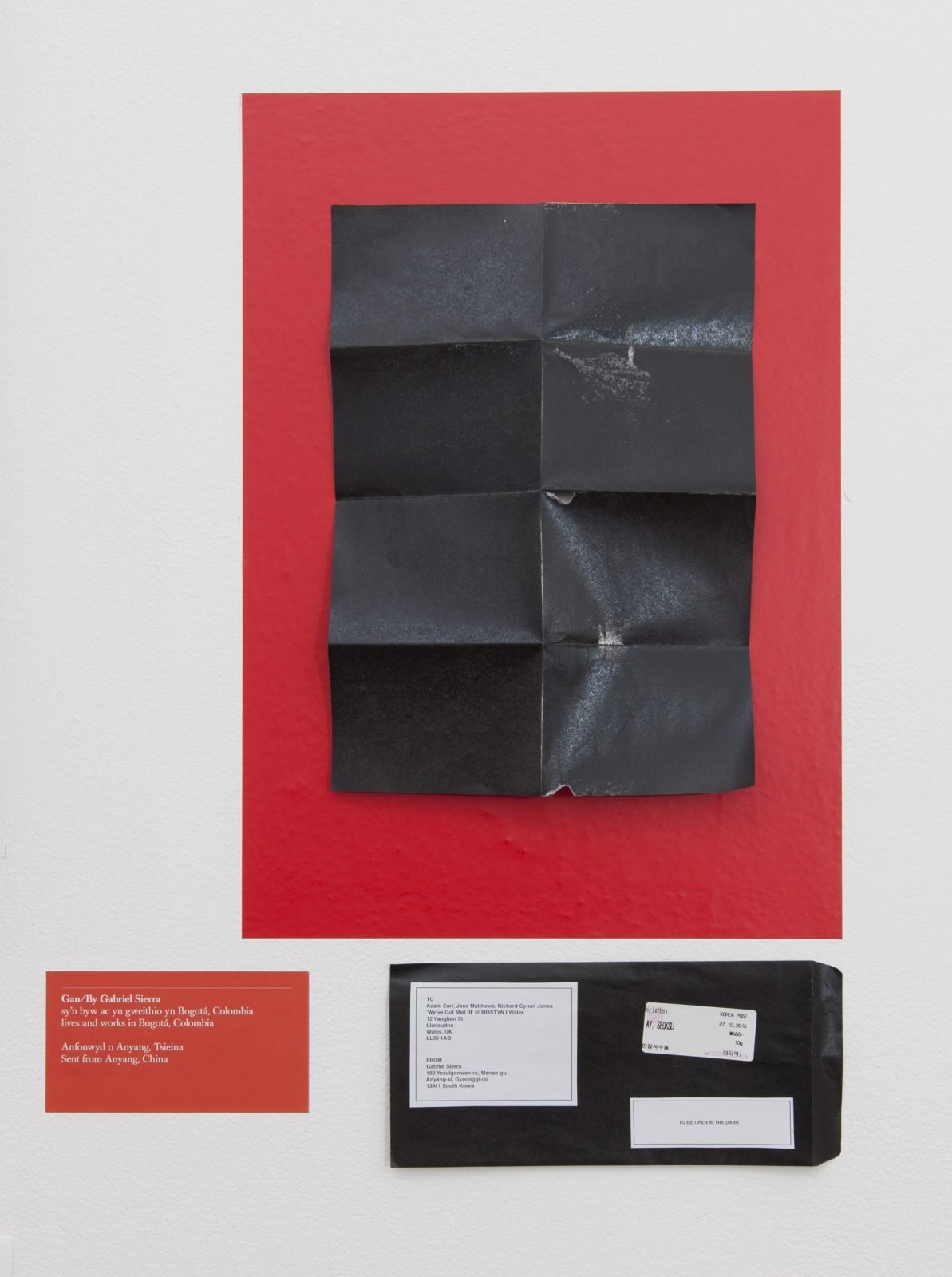 We’ve Got Mail III is part of MOSTYN'S History Series* of exhibitions, which responds to the context in which the shows are presented, in this case that of a former Royal Mail sorting office into which MOSTYN’s galleries were expanded in 2010. We’ve Got Mail and We’ve Got Mail II offered a brief history of the Royal Mail, the postcard and its links with the town of Llandudno as a seaside resort and artworks referencing the mail service in different parts of the world.
The focus of the third We've Got Mail exhibition is Llandudno Post Office, next door to the gallery, which has provided a significant community service since its opening in 1904. The postal workers were a close-knit group over the years and former staff share stories of the workplace and a social life often spent in the company of colleagues. Images, artefacts and personal accounts within the exhibition come to tell the story of the local area and its placement in a larger context in society.
The exhibition also presents new works by contemporary artists. The artworks have been sent to MOSTYN via the postal service and are seen for the first time when opened by the curator. They address an invitation to produce new work in relation to We’ve Got Mail III as a reflection of the personal approach to exhibition-making, where direct communication between organiser and participant is key. New artworks will enter the exhibition throughout its duration, arriving when the mail comes in and, together with additional historical material from the community, forming a presentation that will grow over time.
We’ve Got Mail III is a timely one, as following the decision to transform the Post Office network, the service in Llandudno is moving from the building next door to be part of commercial premises in town.