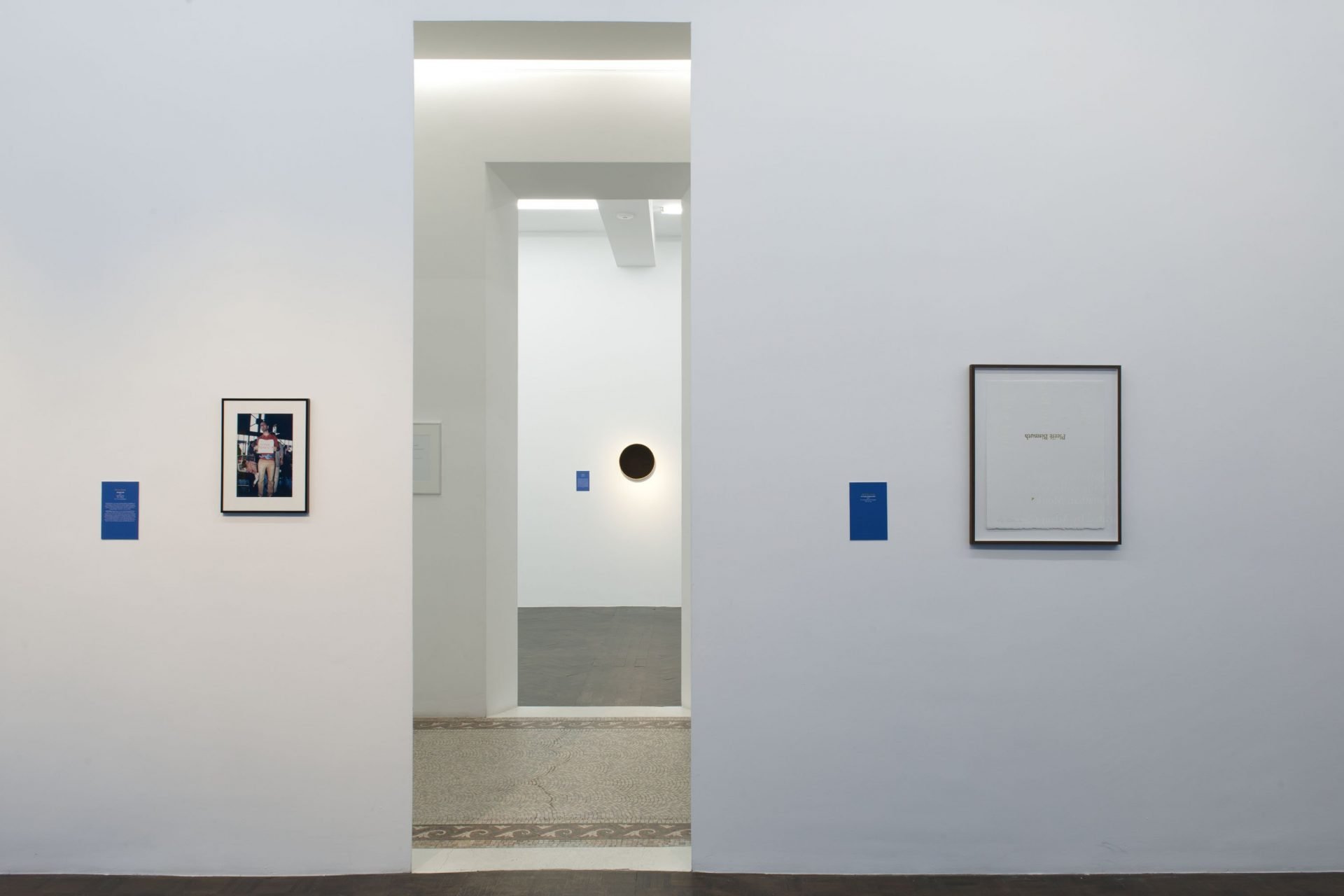 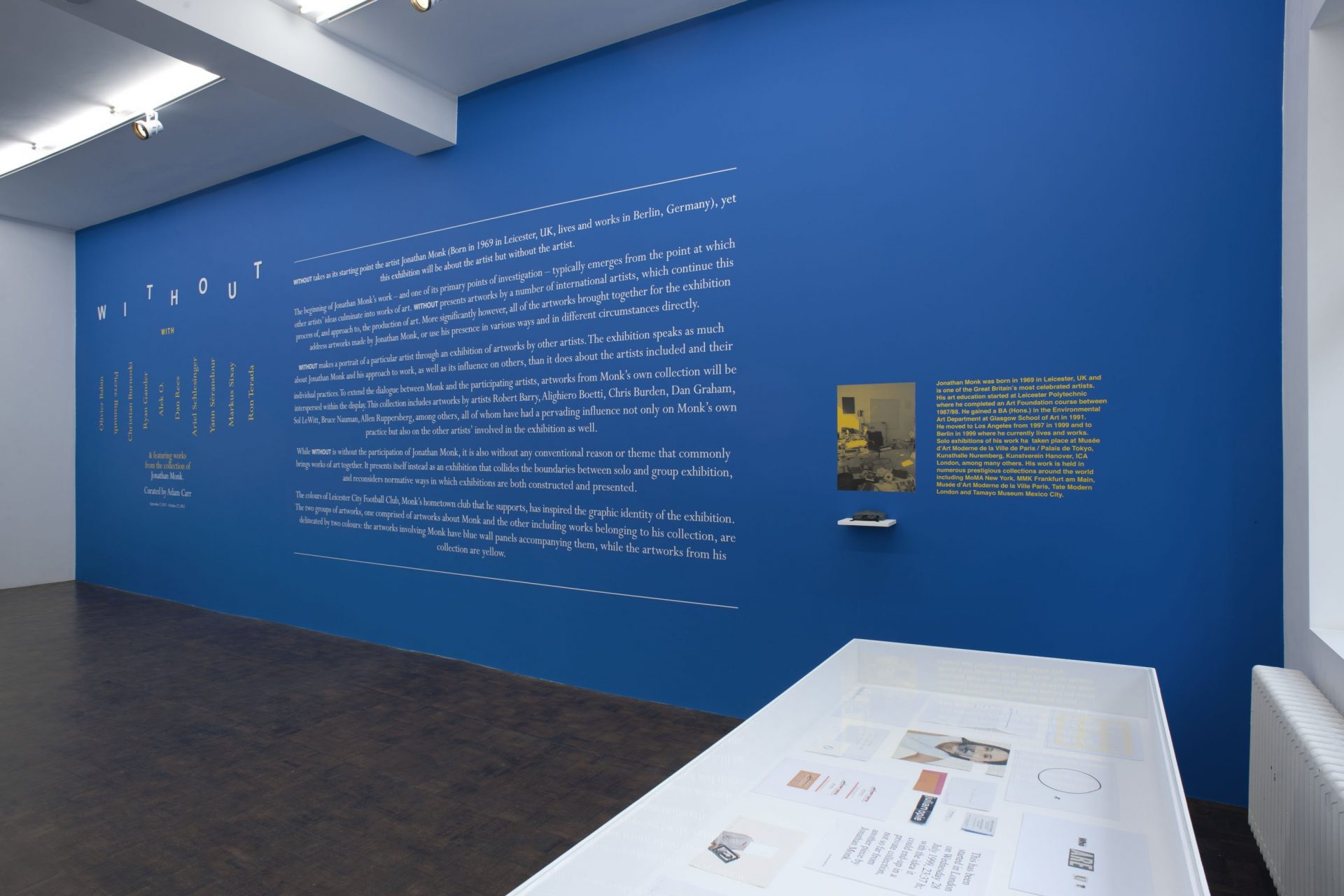 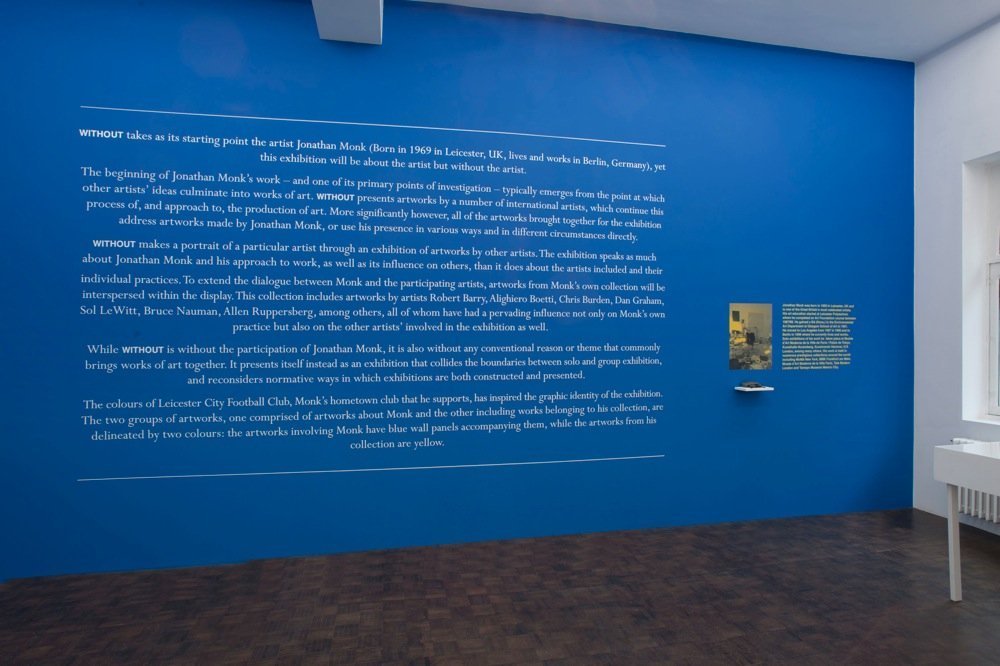 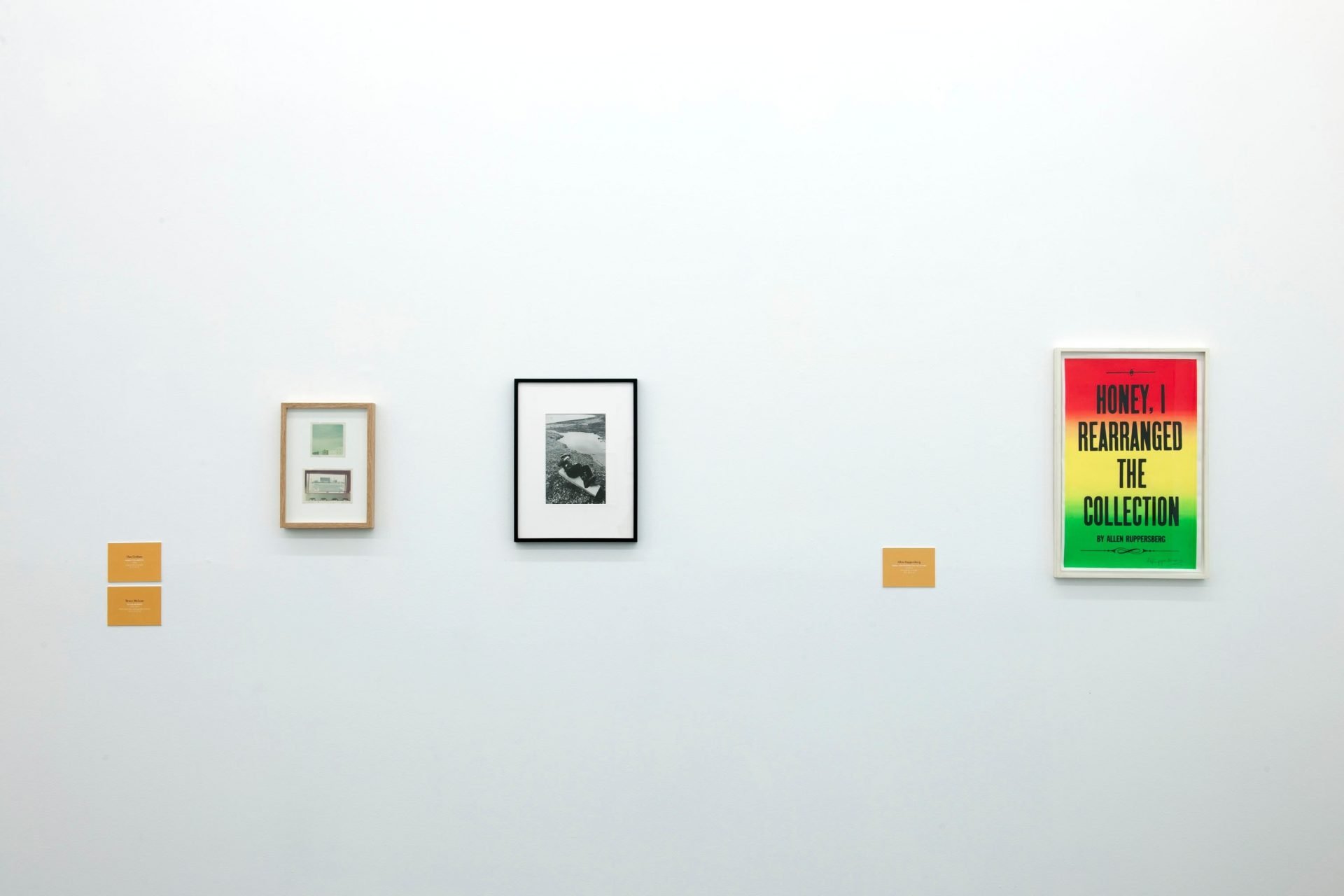 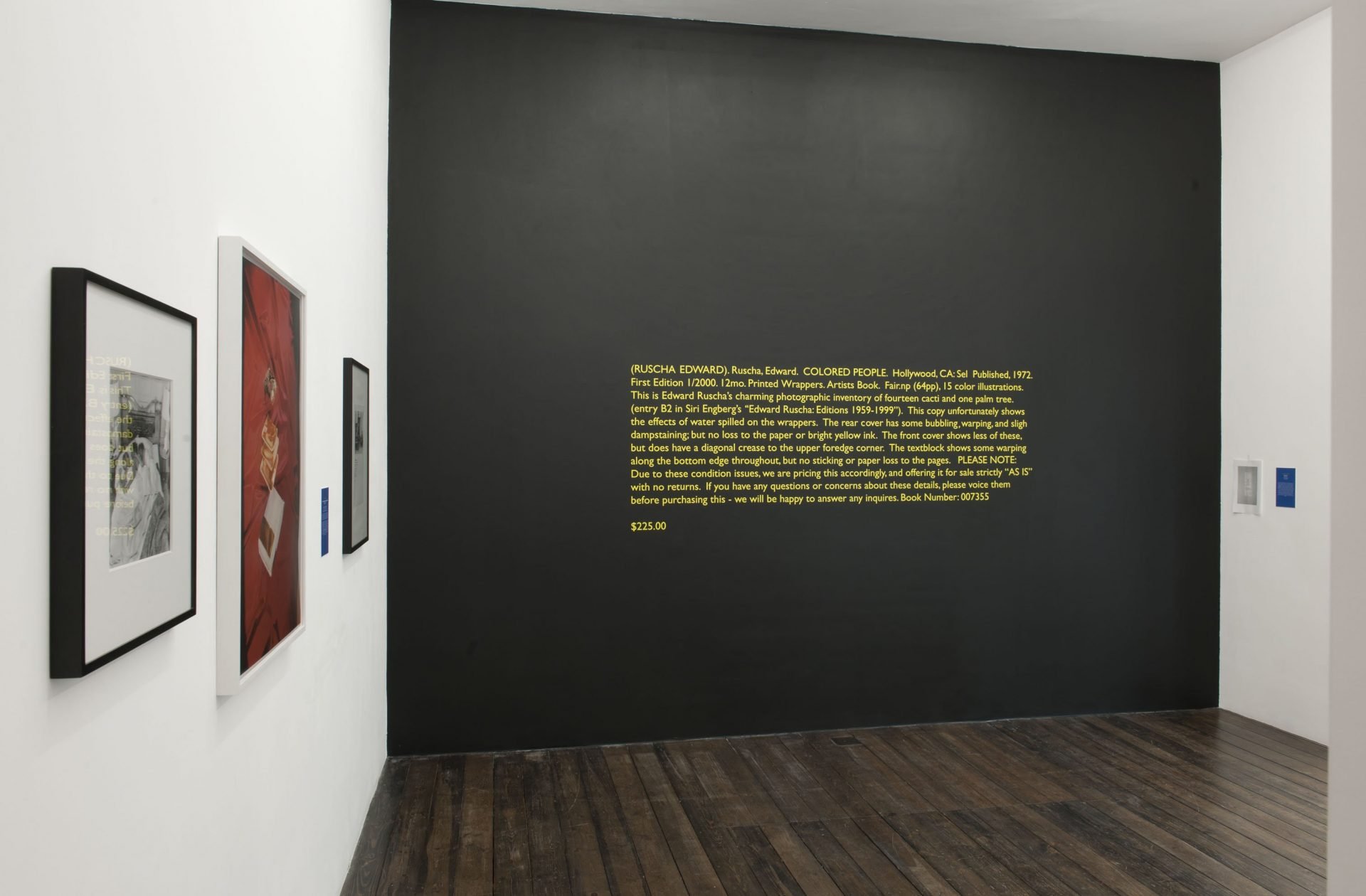 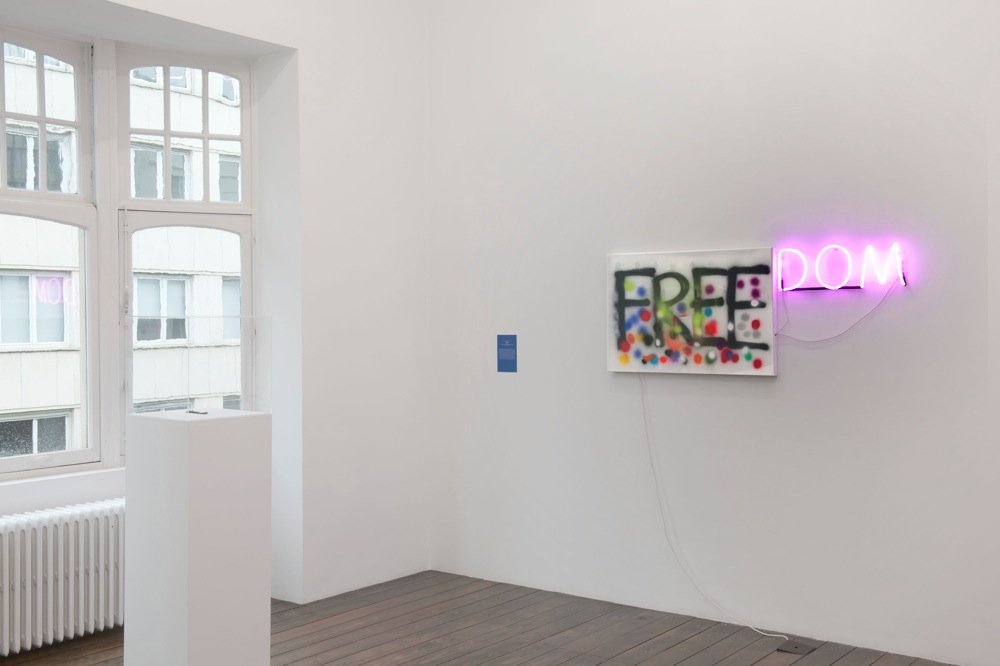 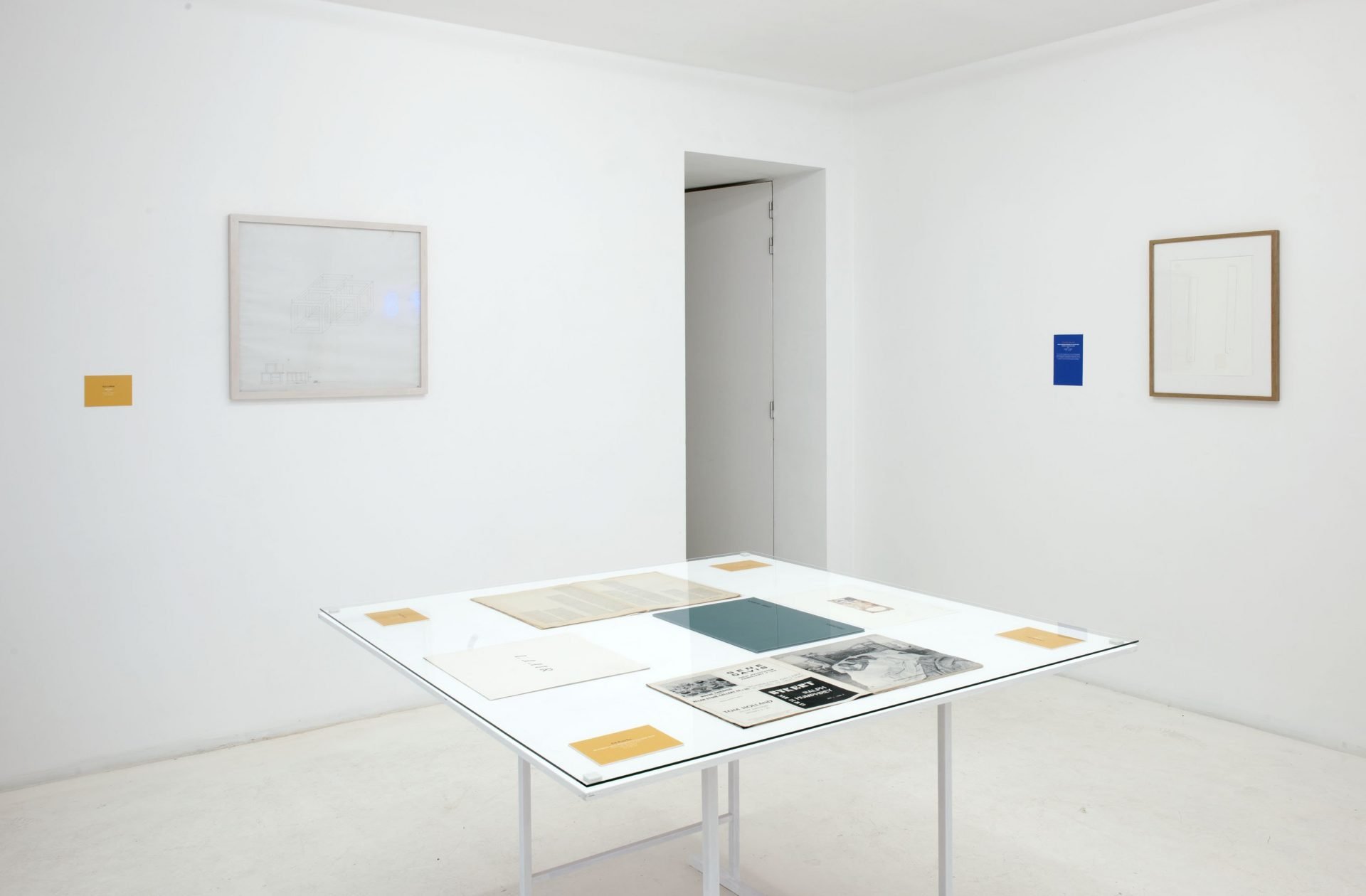 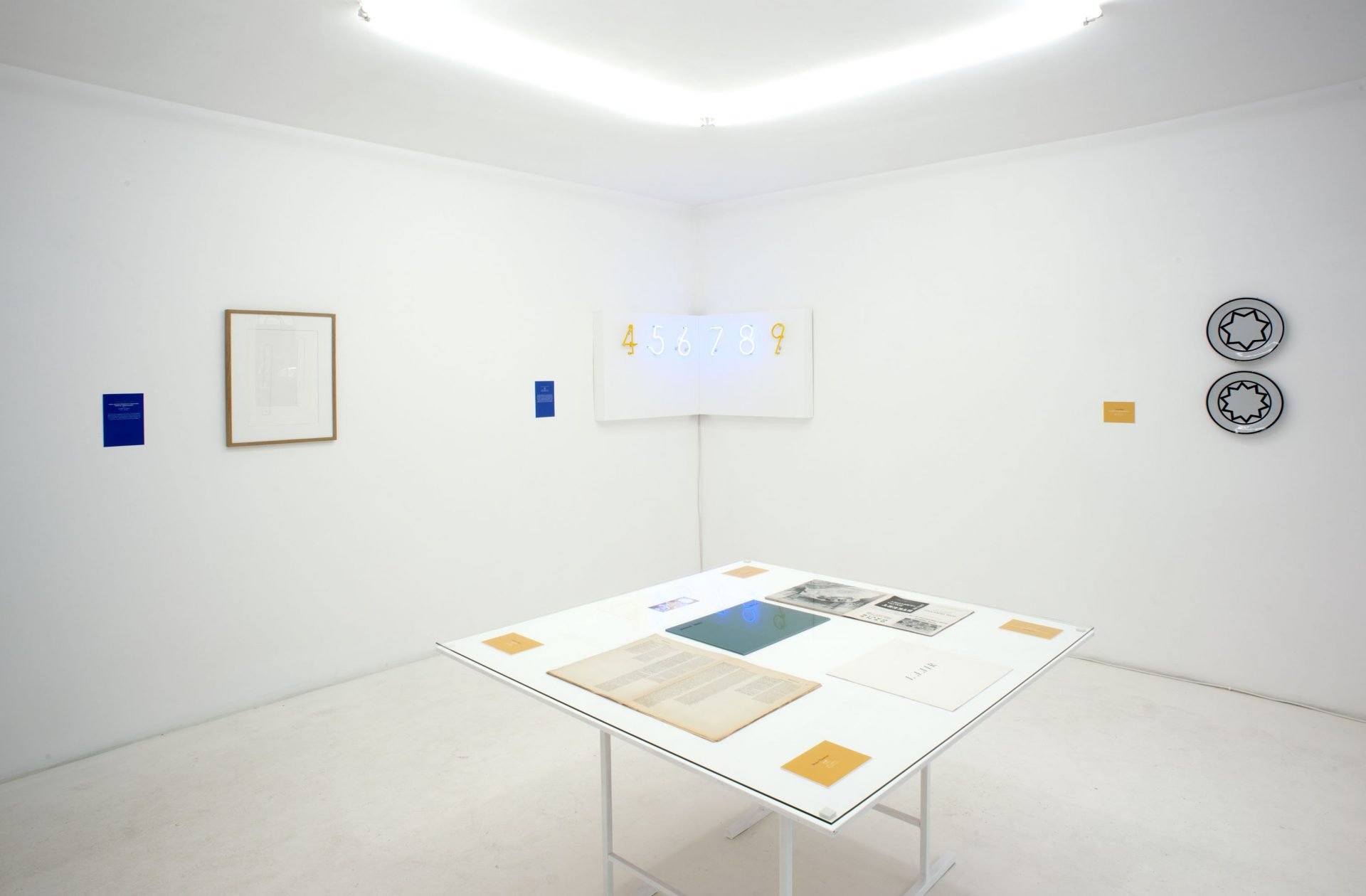 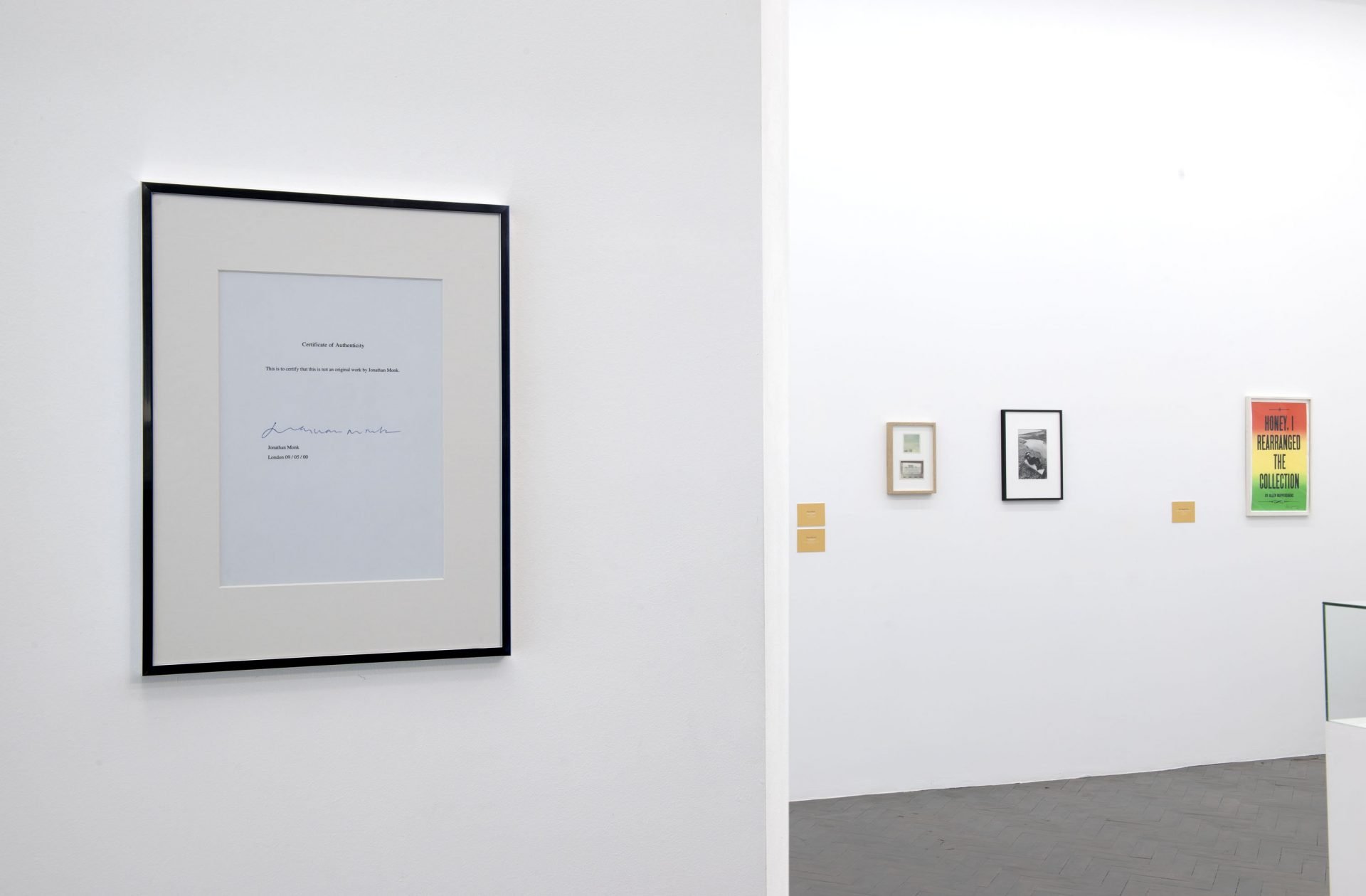 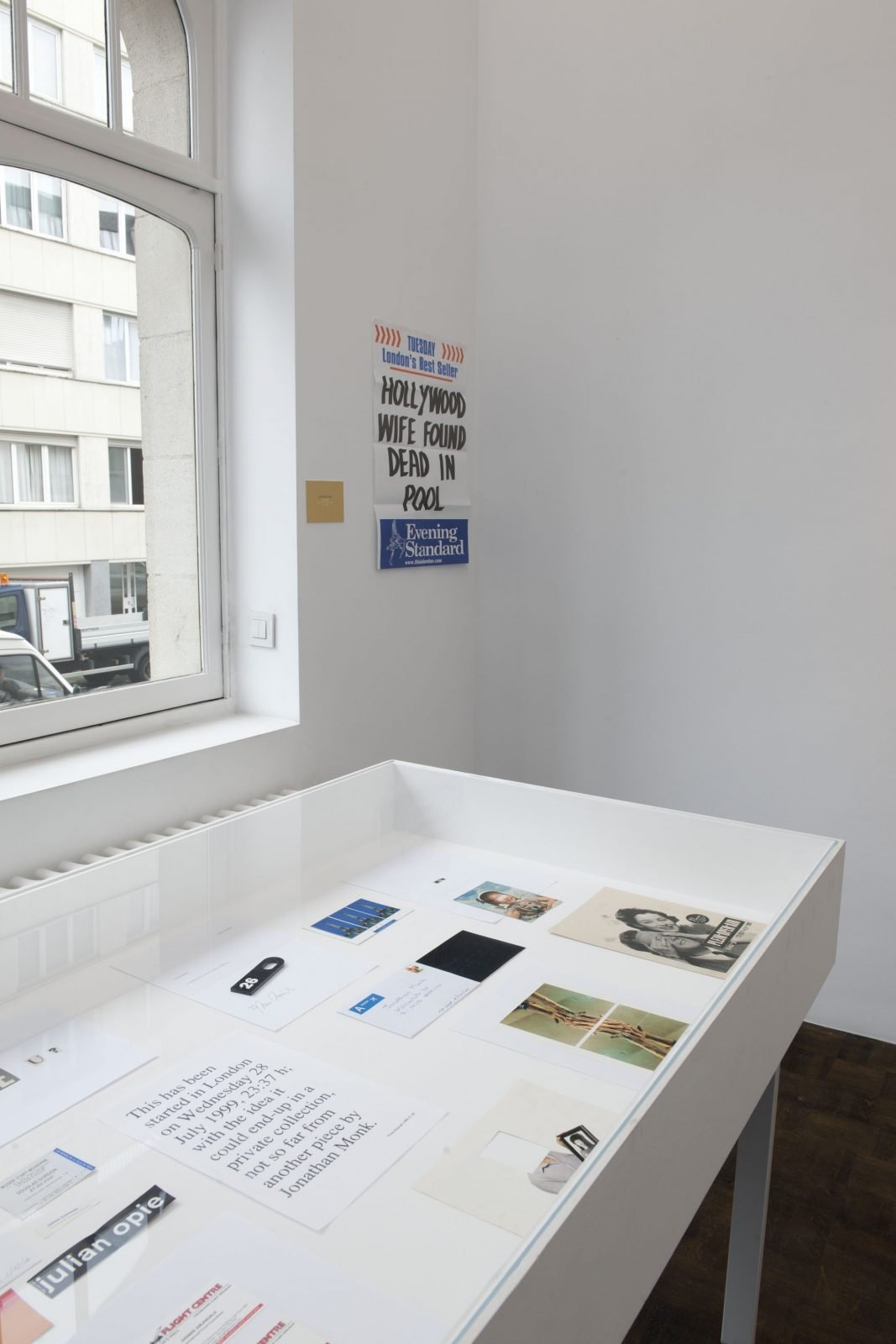 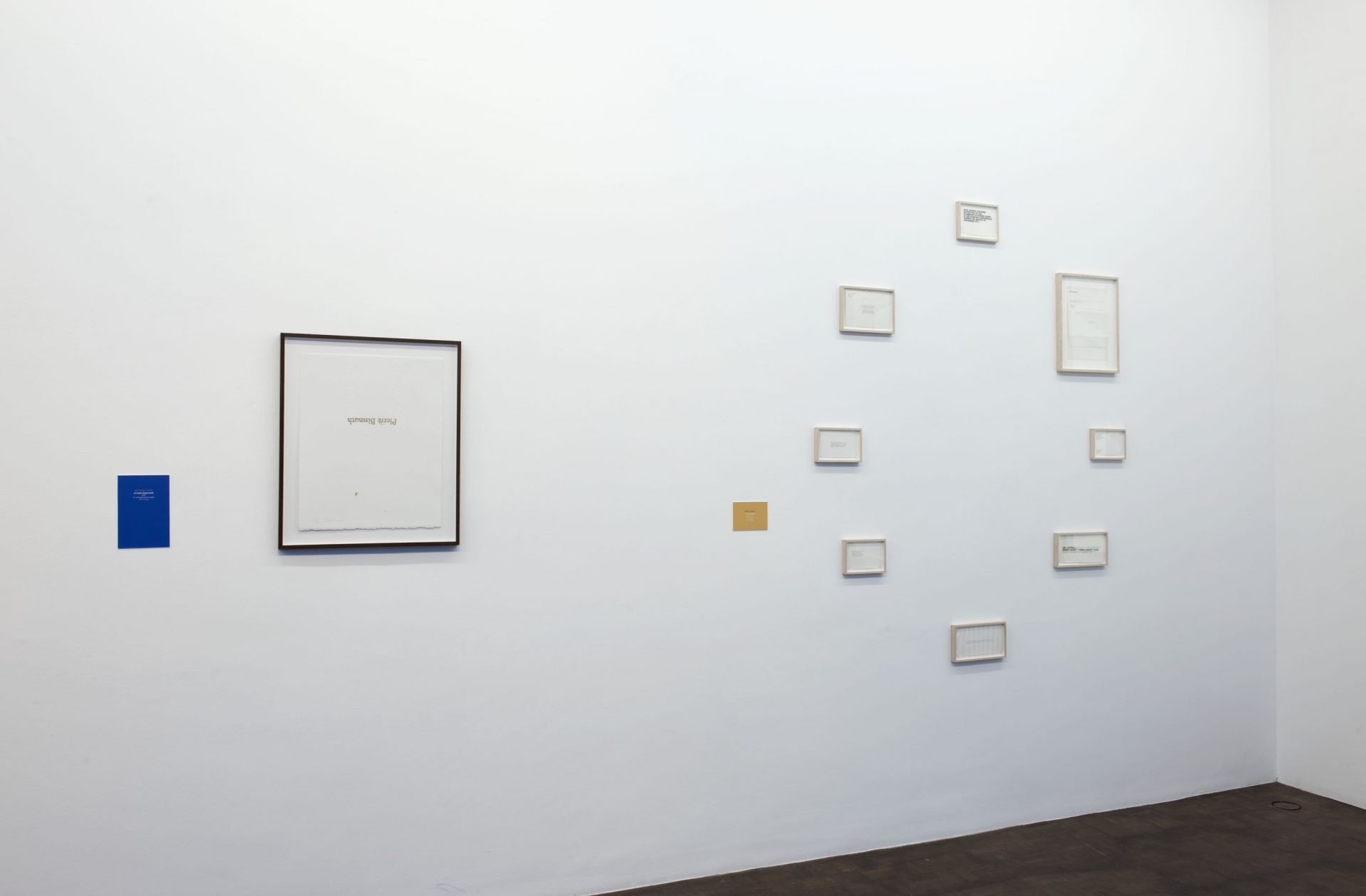 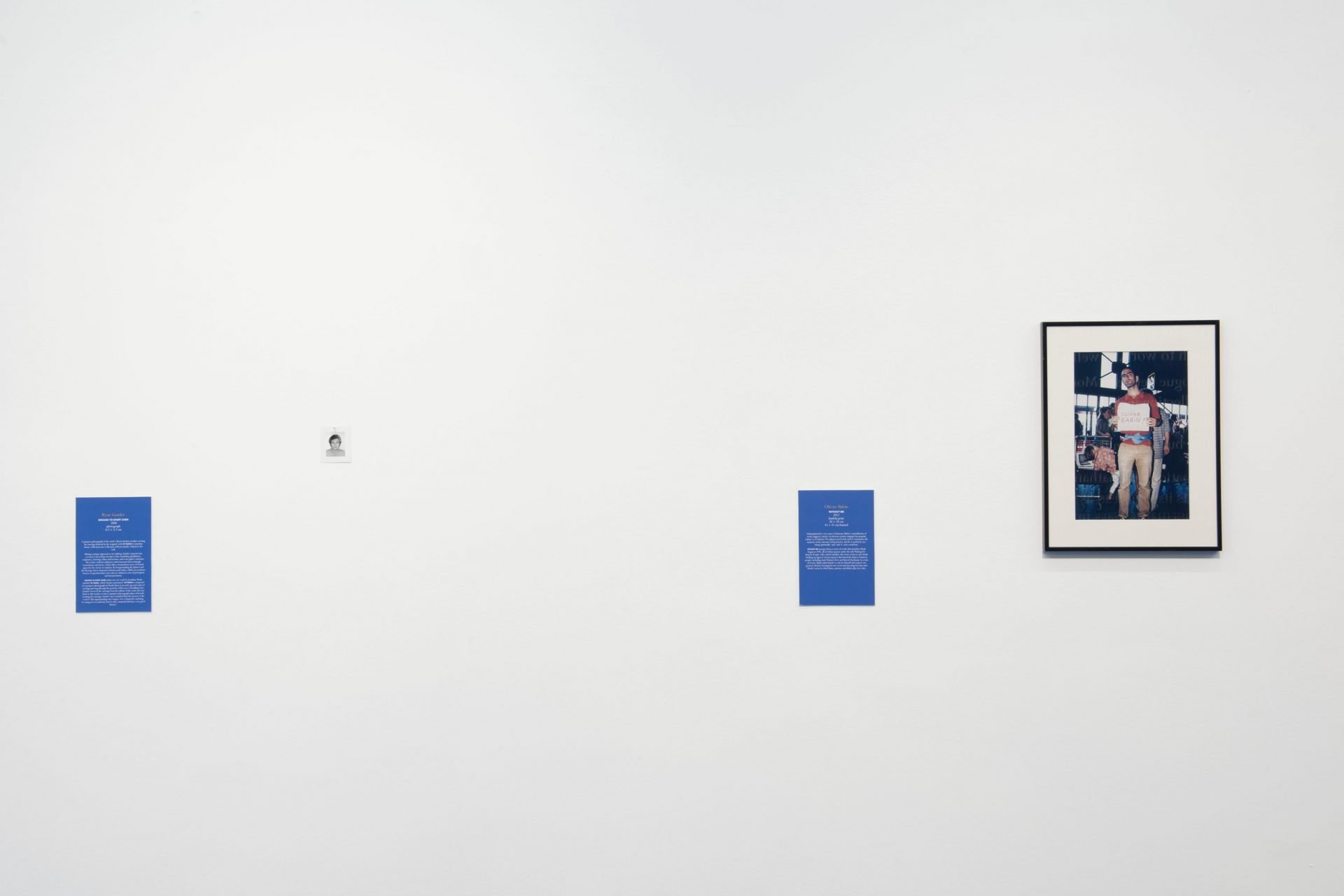 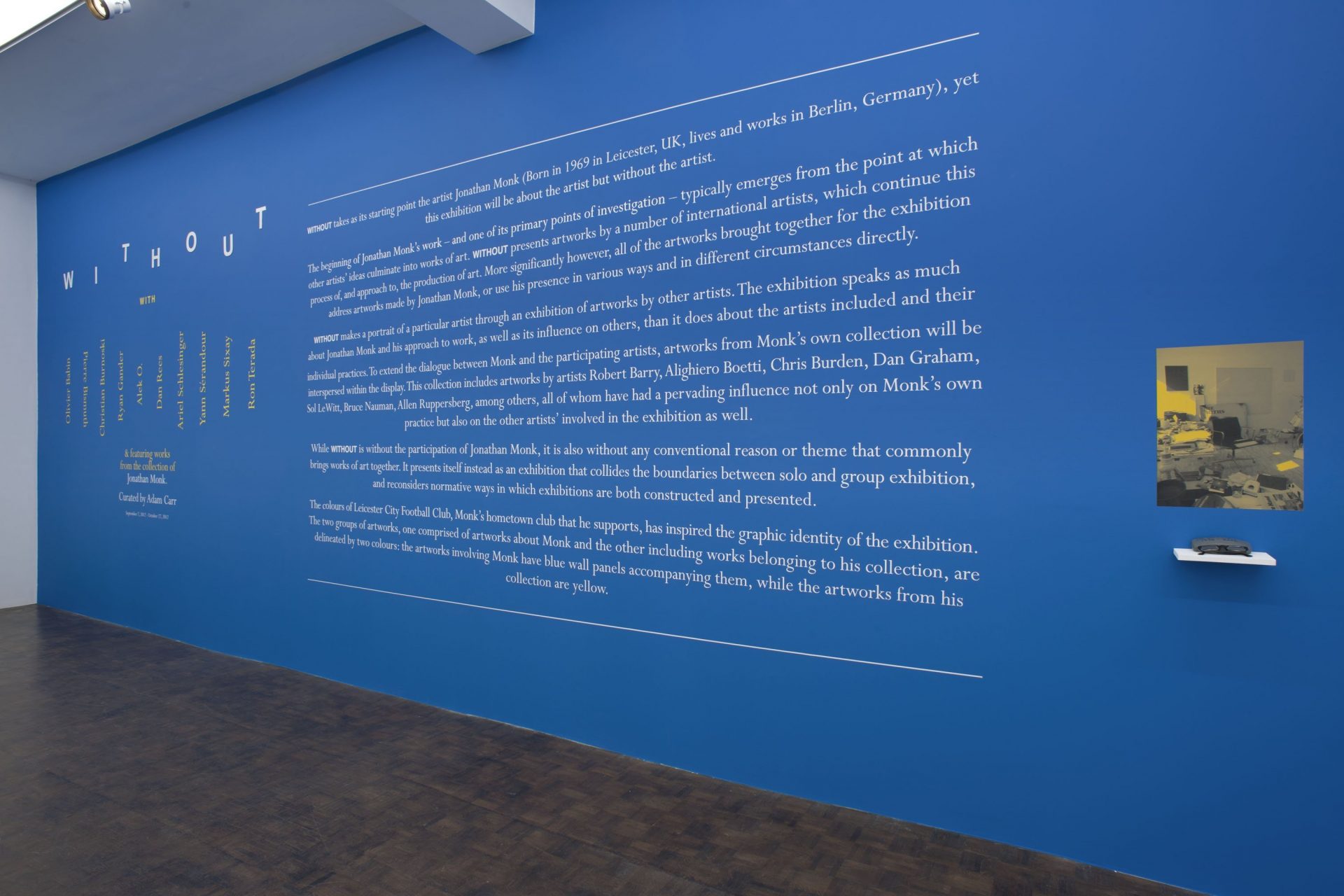 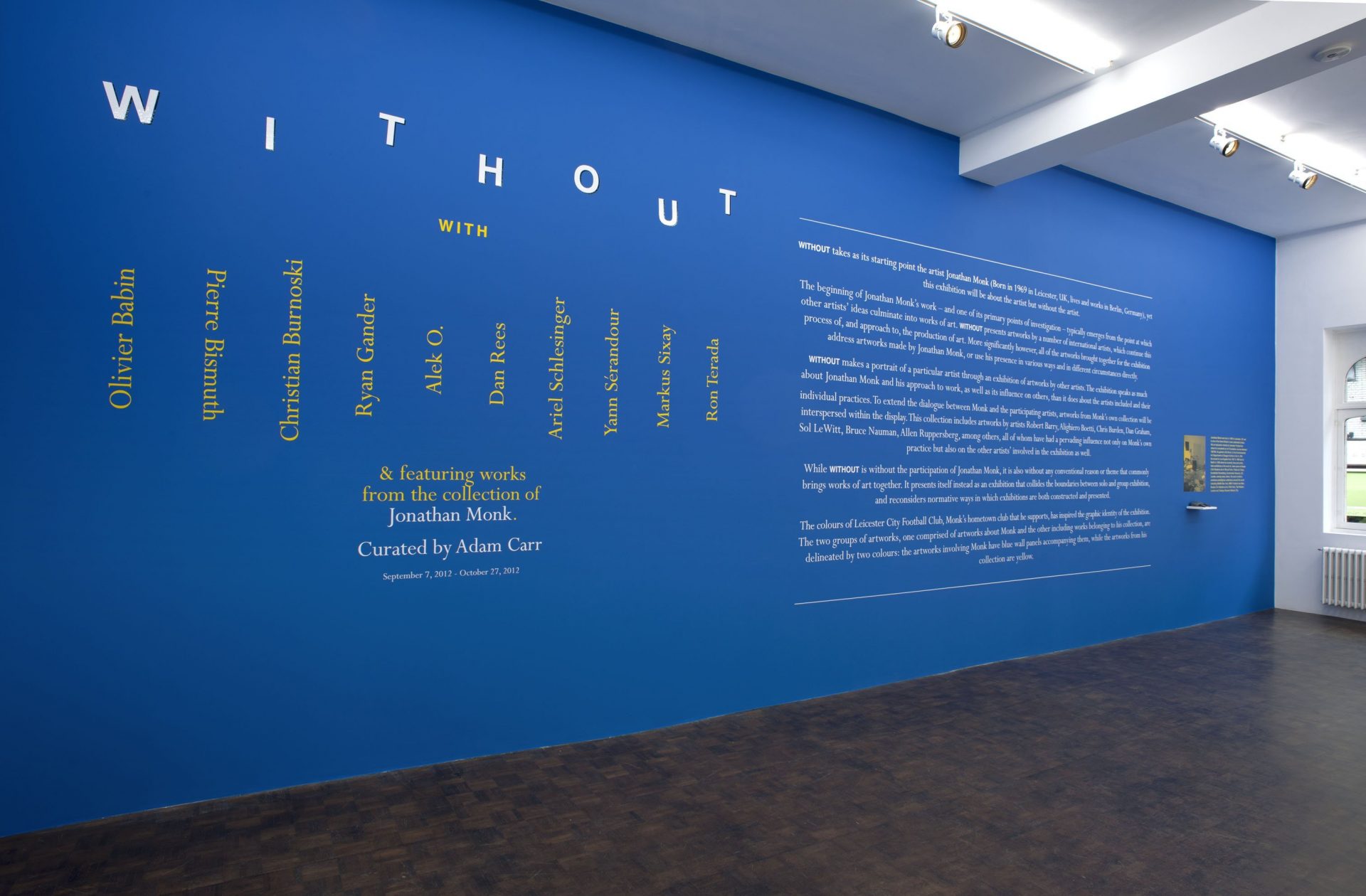 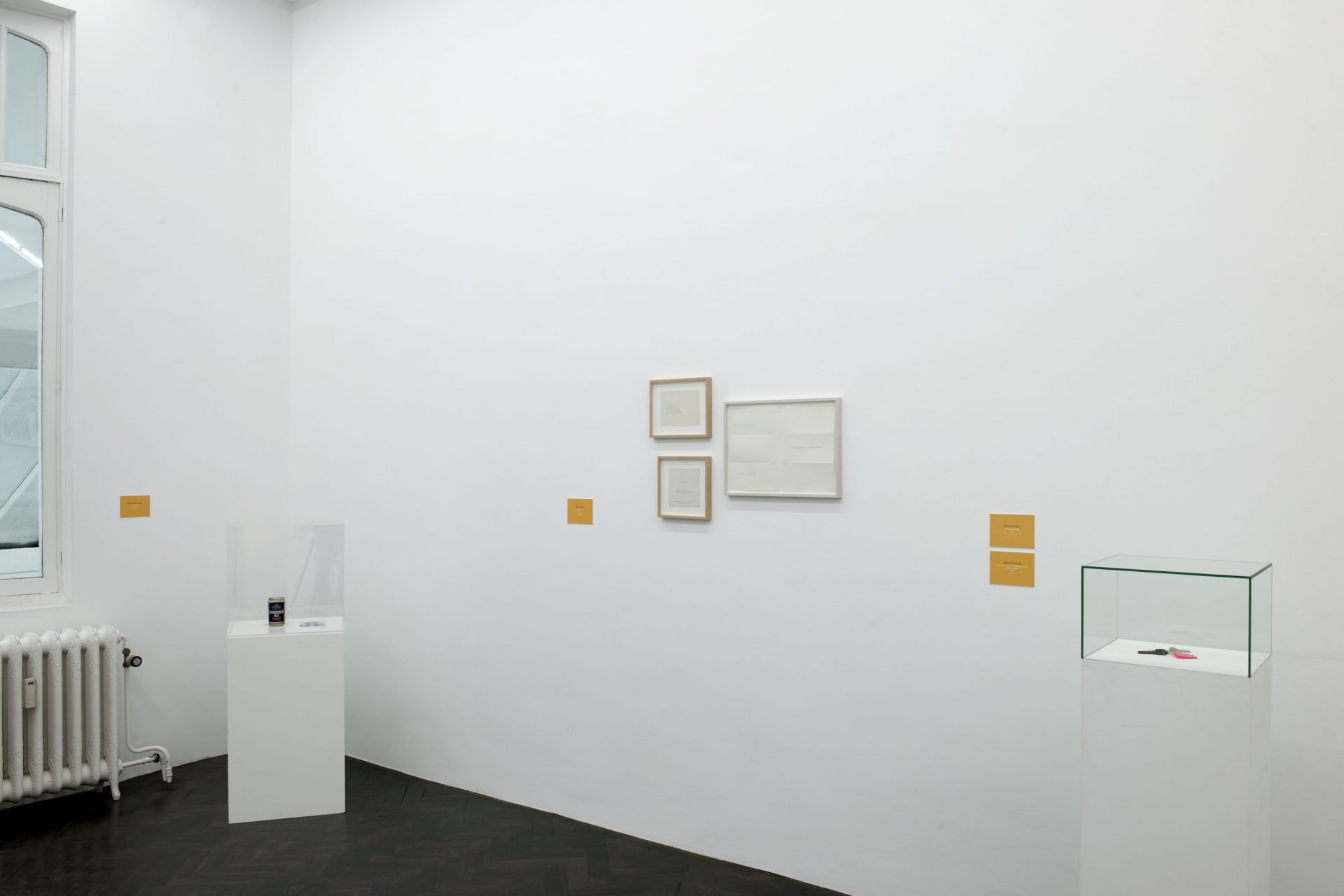 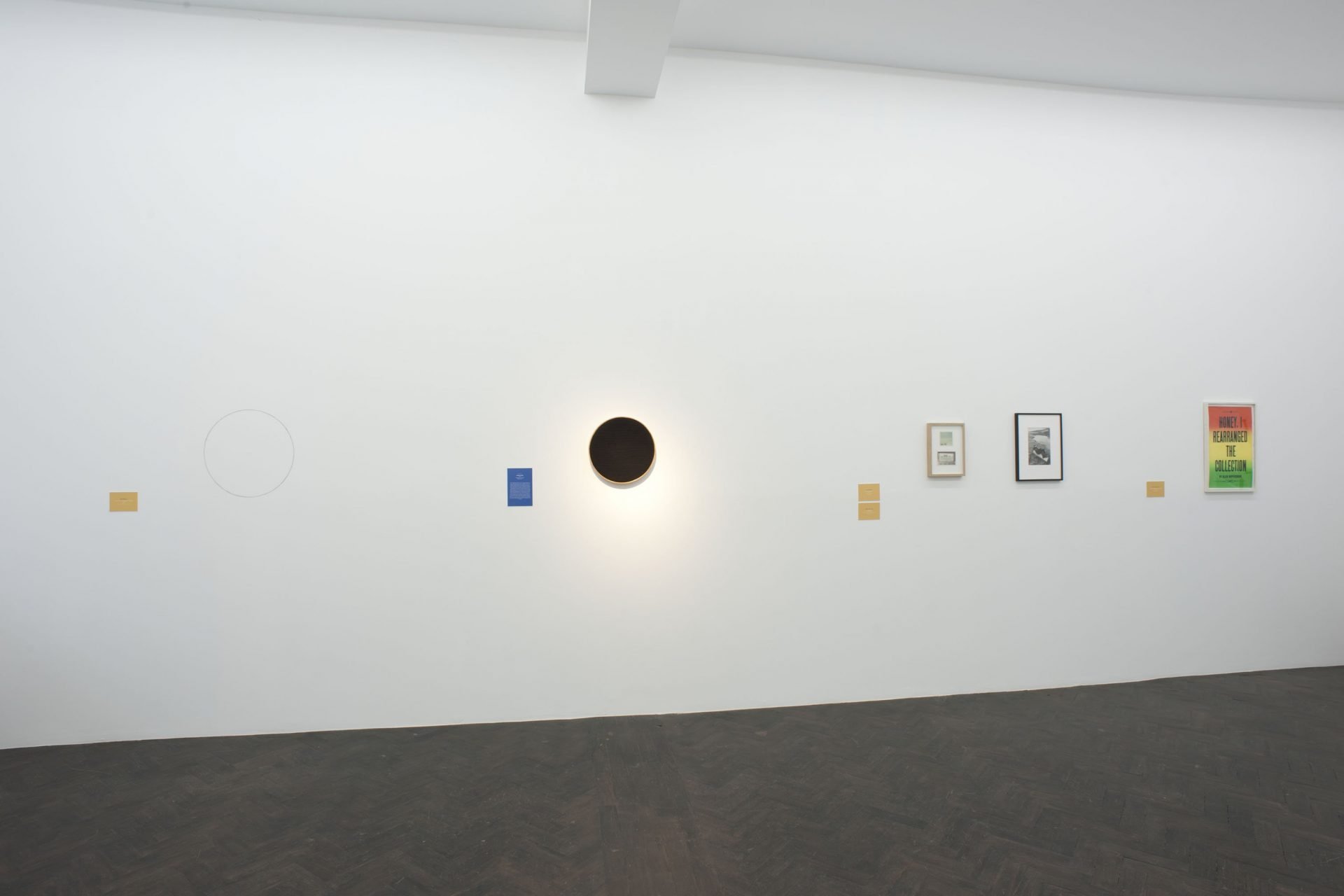 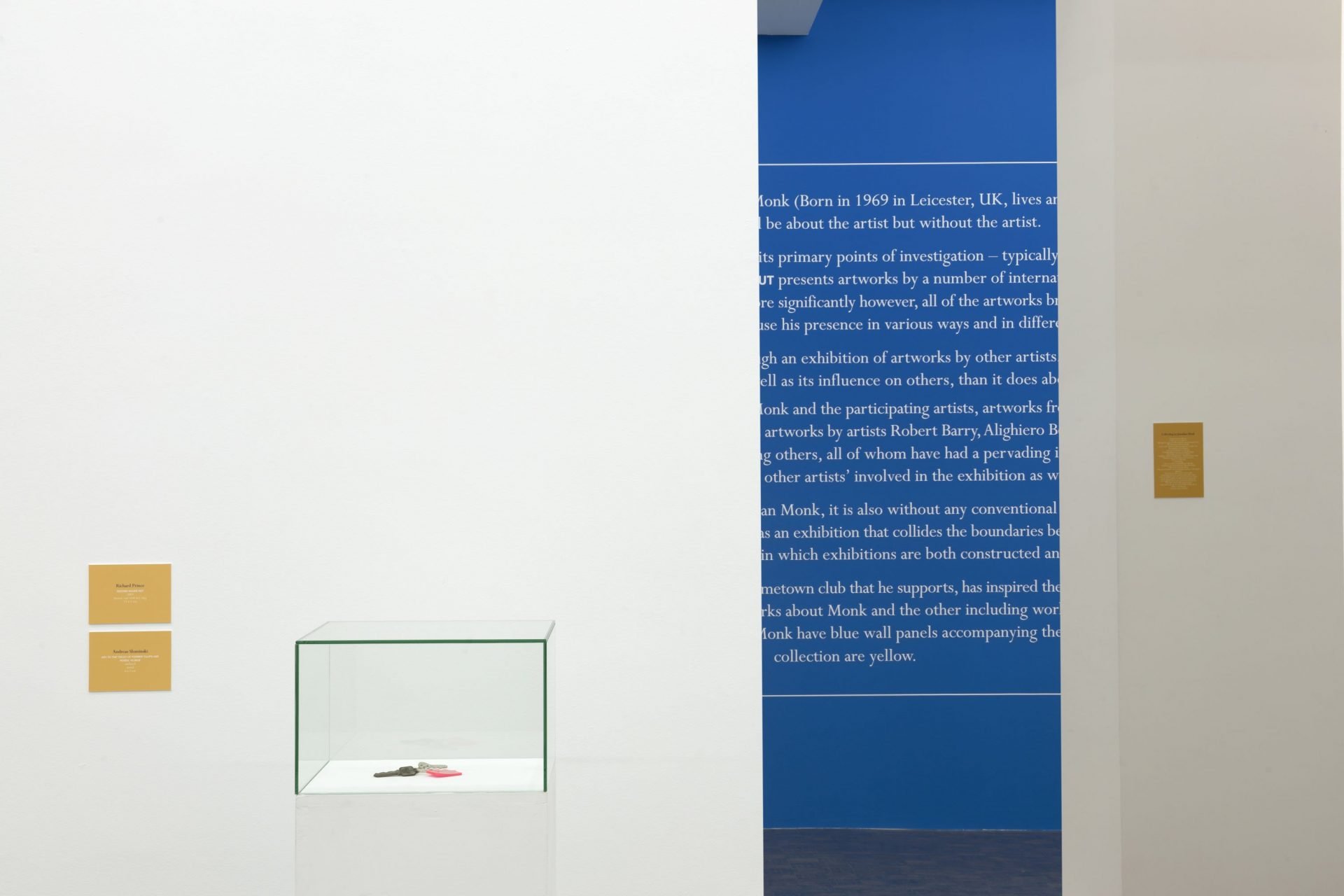 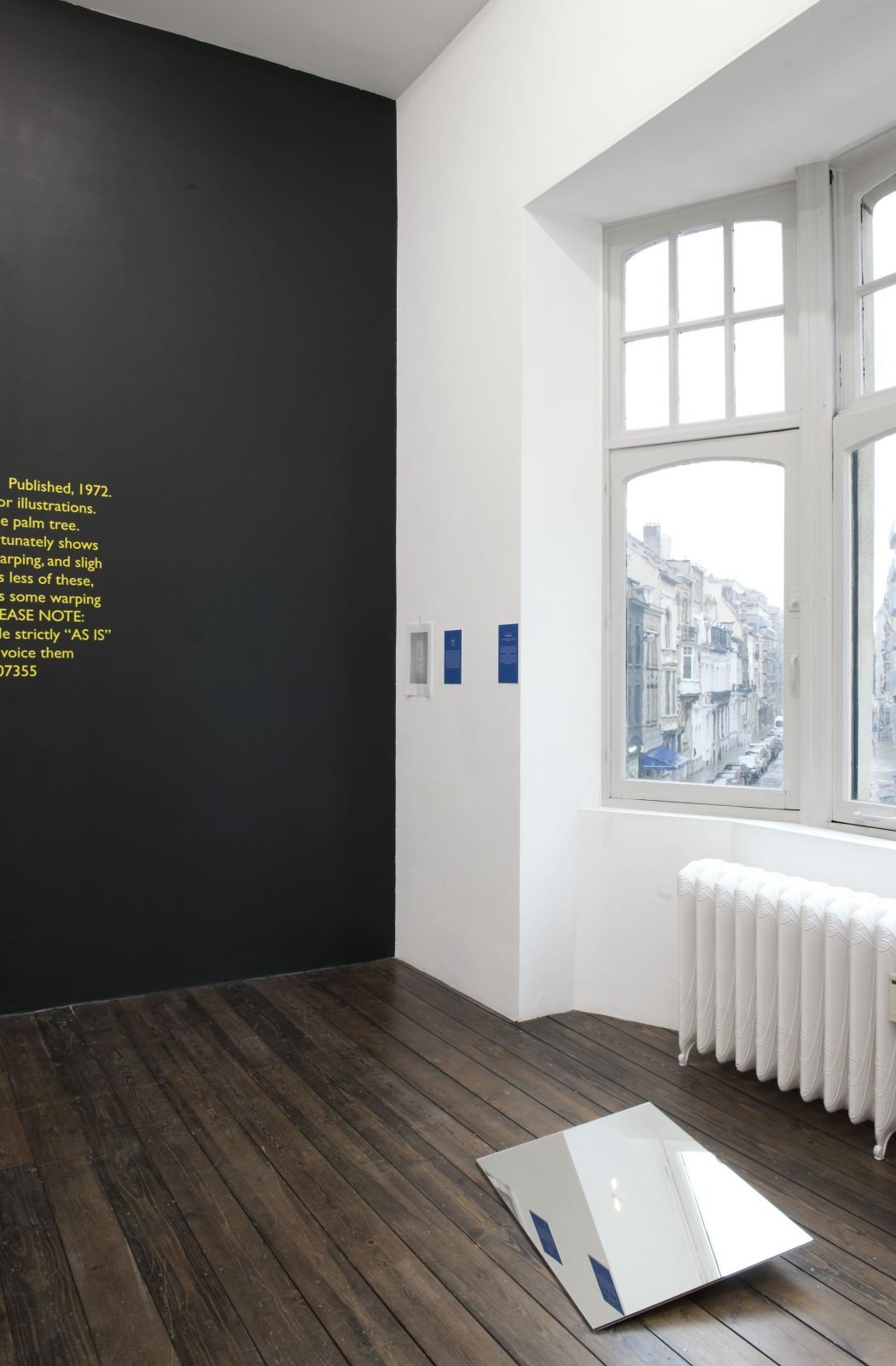 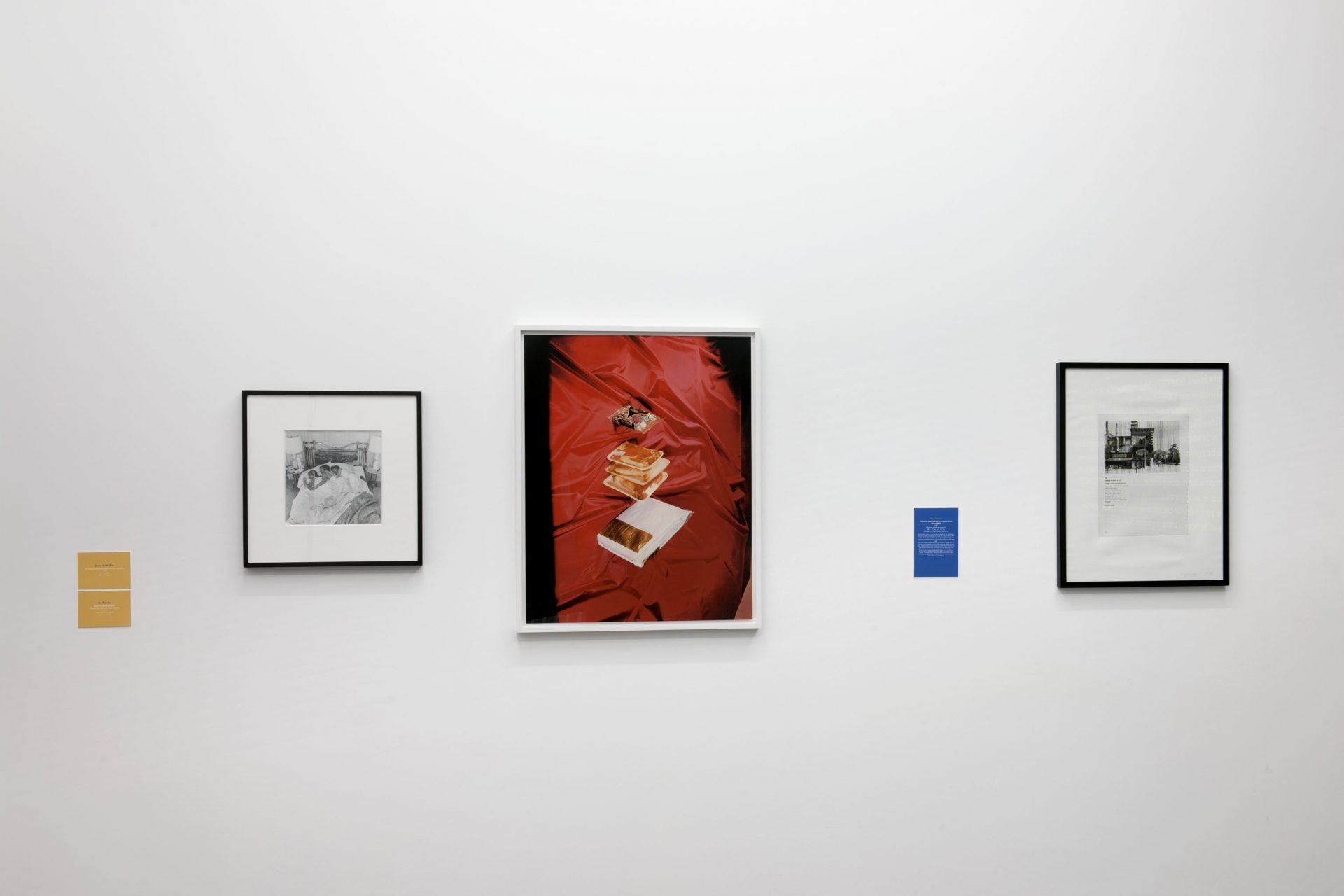 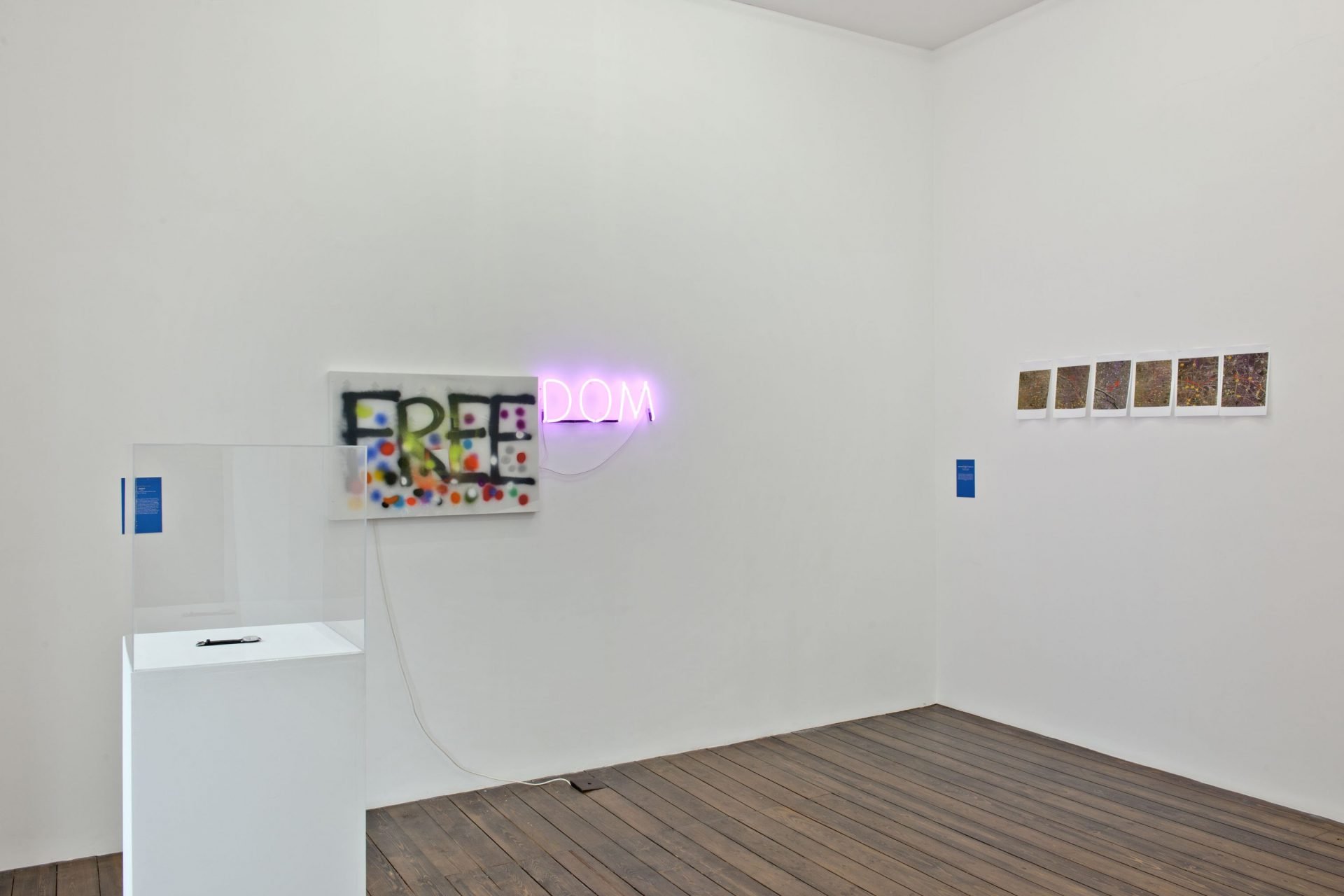 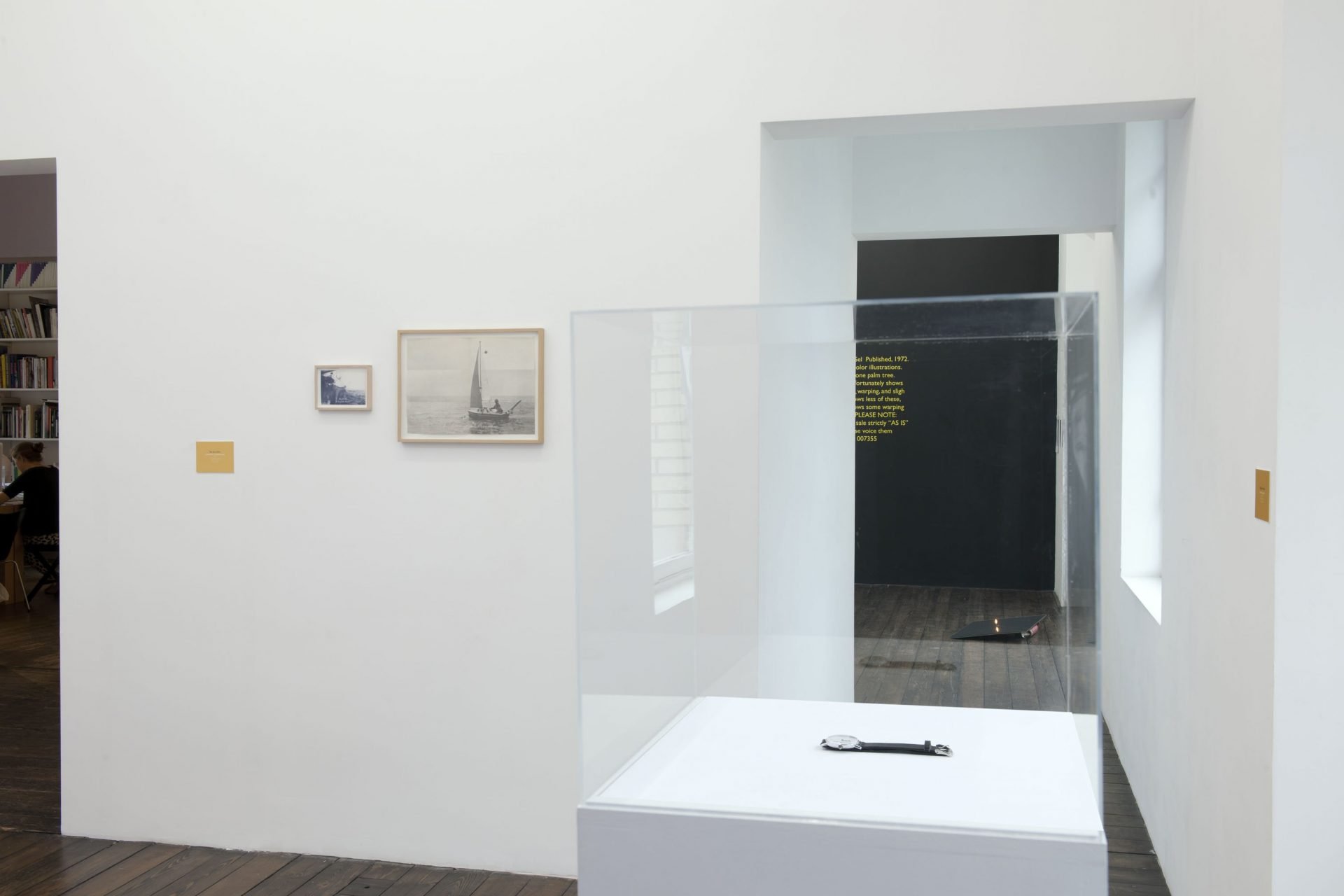 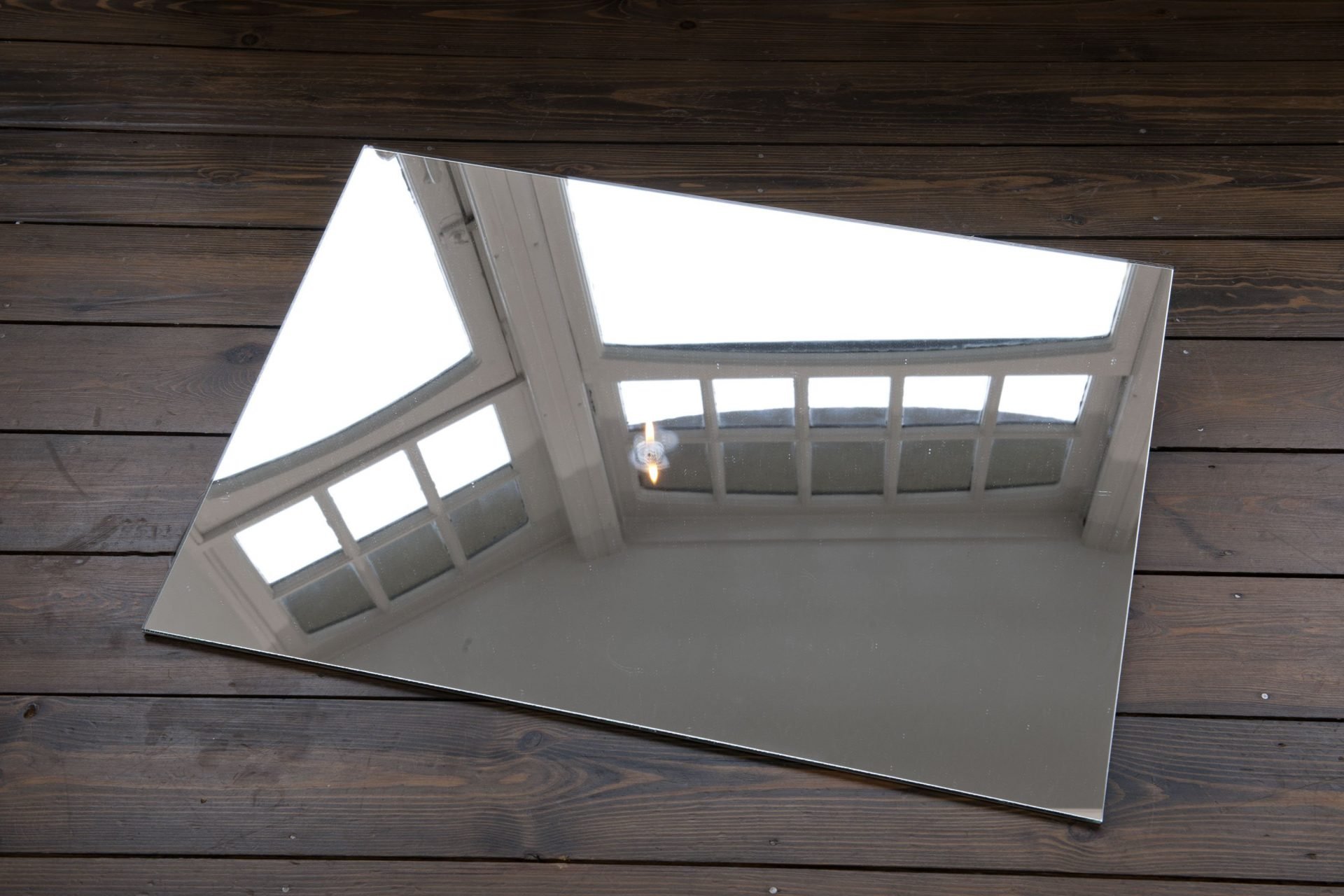 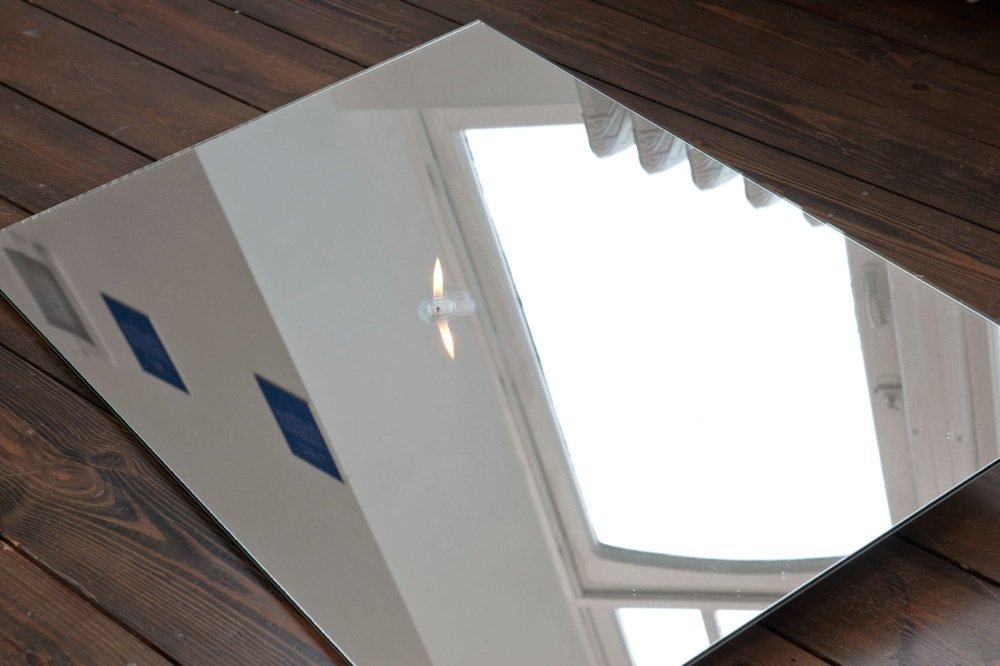 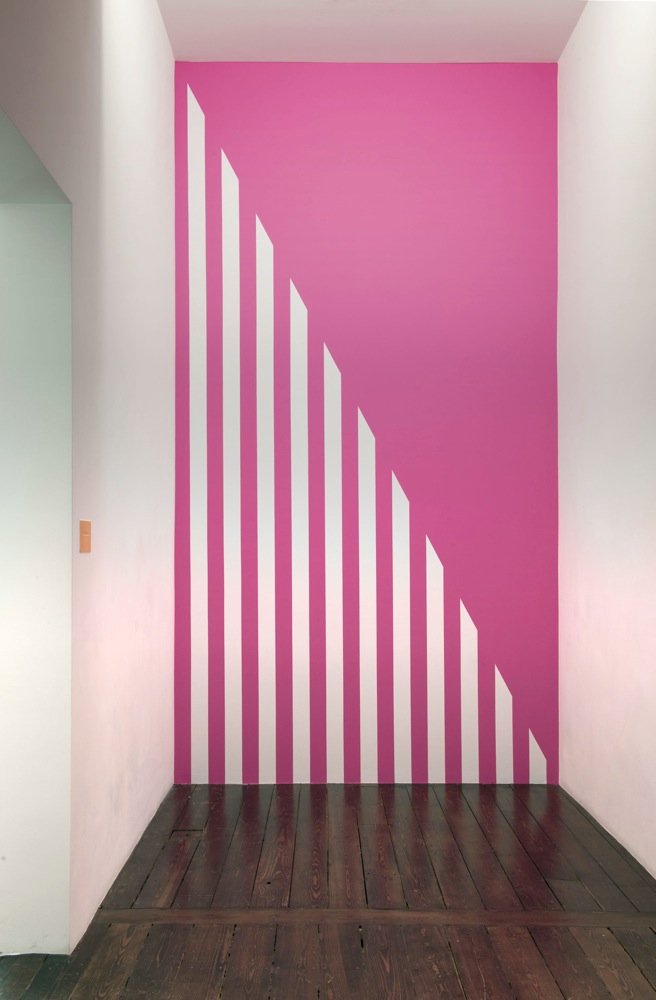 Without takes as its starting point artist Jonathan Monk (Born in 1969 in Leicester, UK, currently living and working in Berlin, Germany), yet this exhibition will be about the artist but without the artist.

The beginning of Jonathan Monk’s work – and one of its primary points of investigation – emerges from the point at which other artists' ideas culminate into works of art. Without presents artworks by a number of international artists, which continue this process of, and approach to, the production of art. More significantly however, all of the artists included in the exhibition have made works that address works by Jonathan Monk, or that use his presence in various ways and in different circumstances directly.

Without makes a portrait of a particular artist through an exhibition of artworks by other artists. The exhibition speaks as much about Jonathan Monk and his approach to work and its influence on others, than it does about the artists included and their individual practices. To extend the dialogue between Monk and the artists included, works from Monk’s own collection have been selected, including artists Robert Barry, Alighiero Boetti, Chris Burden, Dan Graham, Sol LeWitt, Bruce Nauman, Allen Ruppersberg, among others, all of whom have had a pervading influence not only on Monk’s own practice but also on the other artists involved in the exhibition.

While Without is without the participation of Jonathan Monk, it also without any conventional reason or theme that commonly brings works of art together. It presents itself instead as an exhibition that collides the boundaries of solo and group exhibition, and reconsiders normative ways in which exhibitions are both constructed and presented.